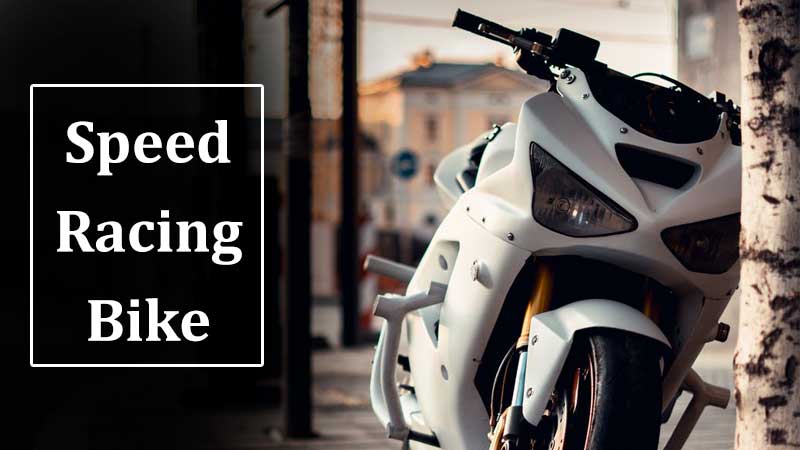 If not wrong, every man’s dream is to own or ride a super-fast bike, isn’t it? The reasons for the same are numerous like riding a bike helps in stress reduction, increases coolness factor, will give a sense of freedom, and no doubt they are fun to ride. But, out of all, “Speed and thrill” are the ruling factors that turn a deep fire of passion in most of the riders in such a way that they even do not mind spending a fortune of their income for buying one of the fastest motorcycles of the world.

Such high-power motorcycles are their legal drugs that they look for and can’t keep themselves away from. To be precise, the speed they get at the flick of their wrist is something they are addicted to. Well, because that gives the best adrenalin rush a motorcyclist can ever ask for while on the track.

However, when it’s come to the point of deciding which super-fast bike is right to pick out from the plethora of other bikes then, it becomes quite a daunting task, right! Hence, we’ve come out with this blog to get the things sorted out and for that we’ve compiled the list of 10 most popular and fastest bikes that one can own in 2021. So, if you’re one of the bikers and have a passion for speed along with the budget to afford the fastest bike in the world then, you’re good to go to chase your dream bike!

List of Top 10 Speed Racing Bikes in the World

In the Ninja sports bike series, with a record of hitting a top speed of 400 km/h, it topped the list of fastest and most powerful production motorcycles on the market with a supercharger. Manufactured by Kawasaki Heavy Industries, Ltd. (KHI) organization, this bike comes with astonishing acceleration and mind-bending top speed which is only suitable for the track. Apart from that, it was combined with a track-minded electronics package that consists of a launch control mode, engine-brake control, traction control modes, and an electronic steering damper for giving top-performances. Thus, it has been consistently listed among the best bikes chart for best-speed bike in terms of modern technologies and high-quality components.

Out of the league of many riders, this MTT Turbine Superbike is one of the greatest bikes on the road as it’s the first-ever turbine-powered street-legal motorcycle. Produced by MTT (Marine Turbine Technologies) this bike holds two Guinness World Records in its name. First being the most expensive production motorcycle ever built with a price ranging from $125,000 to $200,000 and secondly, a magnificent piece of technology that was powered with a helicopter engine.

Another from the Ninja sport bike series which was designed and developed by the Japanese manufacturer Kawasaki. This speed bike will go down in history as the bike which has the ability to take on the track or the back roads with sophisticated ease. In fact what many liked about this bike is its distinct look. It looks like a beast that was powered with a 1,441 cc four-stroke, liquid-cooled, inline-four engine.

Made by none other than Suzuki since 1999, SUZUKI HAYABUSA is another flagship sports bike that was propelled by a muscular, refined inline four-cylinder engine. Well, one can accept that albeit there are plenty of speed racing bikes in the world but, till date no one can be as iconic as Hayabusa. And, do you know this name “Hayabusa”—was derived from a Japanese bird called “Peregrine Falcon” which records for reaching an insane speed of 325 km/h, the highest among its group. So, with the same mindset, this bike was designed and as soon as it was launched, it immediately won acclaim for being the world’s fastest production motorcycle, with a top speed of 303 to 312 km/h.

While talking about the fastest bikes in the world, it’s quite impossible to not consider Honda CBR1100XX Blackbird in the list. After all, it was made in response to Kawasaki ZZ-R1100 which was considered the fastest in the world until and unless Blackbird was launched by Honda. Besides that, this bike isn’t just being fast, reliable and good-looking, rather it was also created while taking into account the comfort of the riders. Thus, making it so much super comfortable that it can be ridden for hours and hours without any difficulty and uneasiness. So, the Honda CBR1100XX Super Blackbird is overall a complete affordable package that one can surely look upon to!

Over a decade ago, BMW Motorrad originally launched its maiden superbike i.e., none other than BMW S1000RR for the 2009 Superbike World Championship. But, later on this high performance motorcycle was made available for the public as well. Though, each and every part of the RR’s first edition was designed to get the most out of it. But, being BMW that always had an eye for perfection and advanced aerodynamics, they entirely restructured the predecessor and came out in 2019 with a new and more powerful suspension technology and made second edition of RR that runs at a speed of303 km/h on 999 cc, 4-stroke 16-valve DOHC inline-four piston engine with a weight of around 197 kg which is 11 kg lighter than the older one.

If a bike clocks 0-60 in just about 2.7 seconds, can you imagine how fast it can go and what level of Adeline rush you’ll get while riding the same? If yes then, there’s no further need to explain why MV AGUSTA F4 – an Italian manufacturer’s series is a heartthrob of many bikers.  Apart from speed, this bike has an 8-level traction control on it for giving the great handling ability to riders even at as high speed as 302km/h. All in all, MV AGUSTA F4 1000R accomplished a max power of 174 HP and torque of 115 Nm at 10000 RPM and thus, gives a solid competition to the Yamaha YZF-R1, BMW S1000RR, Kawasaki ZX-10R and the Honda 1100XX.

Till date, YAMAHA YZF-R1 is the most technology advanced and efficient bike ever produced with cutthroat aesthetics. Manufactured by Yamaha Motor Company with 10x traction control settings, 4x slide control, 4x wheelie control, 3x launch control and 3x quickshifter (clutchless shifting); this bike has been adaptable to any condition that track supplies and can easily defeat its competitors. In fact, it’s a proud successor of the previous R1 that debuted in 2015 as the Best Open Class Streetbike and Best Superbike of 2016 in Cycle World’s Ten Best awards. Hence, it is definitely a top-choice of many motorcyclists and being a one, you can also consider it worth considering for!

Introduced in 2018 by Ducati as the successor to the V-twin engine 1299, Ducati Panigale V4 is one of the recent sensation in the sports bike lineup. And, it’s mainly because of its high speed factor and design that make the new Panigale V4 easier to ride, less demanding, and faster along with better acceleration. However, quite high in range of affordability, this sport bike that runs at 289 km/h on a 1,103 cc engine is still on the top at the wish list of many.

For having a sleek design, lightning acceleration and continuous smooth performance since 2007, APRILIA’s RSV 1000R is therefore considered as widely popular for being one of the fastest and best bikes in the world and so is in our list of world’s fastest bikes.

While running on a 998 cc liquid cooled V-twin engine that was installed at 60 degrees, this bike can go in just 3.1 seconds from 0 to 60. Besides that, when this bike was launched, it exceeded everyone’s expectations by achieving a max power141.3 HP at 10000 RPM and torque at 107 Nm at 5500 RPM. So, all in all, this bike is certainly worth buying for!
That’s all! If you consider buying one of the best and fastest racing bikes then, you can definitely make up your mind while reading about these top-10 fastest bikes of the world.