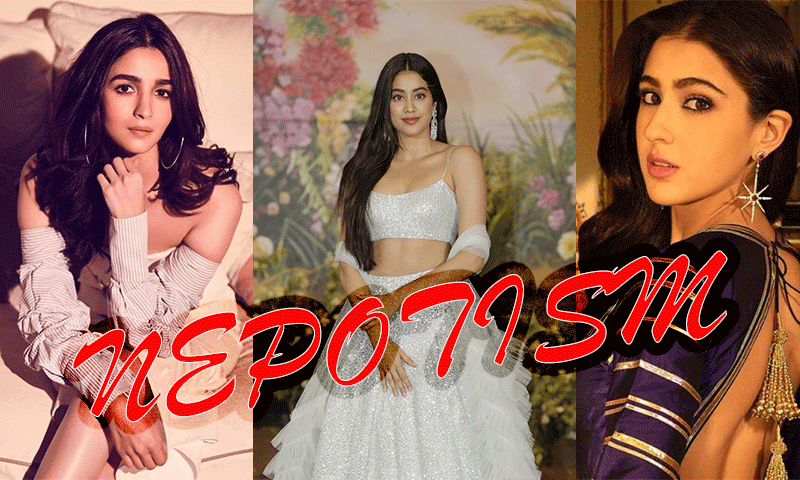 Have you watched Koffee with Karan, season 5, Episode 16, where Kangana made a controversial statement by calling Karan Johar the ‘flag-bearer of Nepotism’? We can’t agree more, as we all know how Karan has always favored star kids by giving a kick-start to their career

Believe it or not, due to nepotism and favoritism in the industry, many outsiders have to go through an intense struggle to shine in the eyes of the audience because they get lesser on-screen exposure and a single flop can ruin their entire career. On the other hand, when it comes to star kids, nepotism saves their drowning ship.

But, what do celebrity kids have to say about nepotism? This article is all about this single bit. Some celebrity kids feel that the fear of being called a nepo-kid has made them suffer mentally and affected their job satisfaction; some of them even can’t feel like taking credit for their success and thus leave the industry despite being a good actor.

Though the debate on nepotism is quite unkempt, some celebrity kids have fearlessly accepted the existence of nepotism in the industry and talked about its advantages. Five of such celeb-kids who have been vocal about nepotism are:

Sara Ali Khan- the daughter of Saif Ali Khan and Amrita Singh has always spoken about the perks she has been enjoying in the industry for being a star kid. Her performance in 2018’s romantic disaster film attracted an abundance of appreciation.

Talking about the privilege of nepotism in an interview, Sara once said “I definitely believe that knowing people in the industry does help. That’s not a fact that I can run away from. I’ve often admitted to the fact that the biggest advantage of nepotism is that we have easy access to people. I can call up Karan Johar without doing any film. I can go to Rohit Shetty’s office. So these are privileges I’m well aware of.” She further said, “There’s also a level of protection that we enjoy. Not that we’ve asked for it, not that we choose our parents, and not that we need to work any less hard. But anyone who denies this isn’t cool.”

Alaya F, daughter of actress Pooja Bedi, brought forth her views on nepotism by giving a blunt statement in an interview by Midday India, said “I think it’s very important to be spoken about because it’s the reality and it is something that strongly exists, I just think it’s important to realize that even in our struggle we are privileged. I know that. I can call someone, I know that tomorrow I’ll have another meeting and audition. Whereas someone who has come from a small town is working all day and giving auditions, living in a PG without family or any support, that struggle is far greater and I think we need to acknowledge that.”

Daughter of veteran actress Shree Devi and producer Boney Kapoor has been vocal about the effects of nepotism on her career, as she humbly made a statement that says “I am so lucky to do it (acting) and there’s no other way to be. I am in a place of privilege where I have had this opportunity come to me so easily. I can’t for a second take it for granted. ” She also said, ” My mom and my family have given them (the audience) so much in terms of entertainment, content…given Indian Cinema so much. And they (audience) have given my mom, dad, and everyone so much love and admiration. Honestly, the life that I am living and the opportunities I am getting are all because of these people’s love.”

Shruti Haasan once bravely said in an interview with The Quint, “I think it is very easy for people to be interested in me because of my surname. I can count on my fingertips the films where I felt loved and wanted”. She debuted with the thriller named Luck back in the year 2009 and she accepted that being Kamal Haasan’s daughter benefited her in her acting career.

Last but not the least, the most popular and talented nepo-product of the industry- Alia Bhatt has also shared her opinions about nepotism with a news agency PTI, “My connection to the family has made things easy for me. Nepotism exists. It exists in Bollywood, the business world, and during admissions to schools as well.” So, she admitted her career struggle was much less than that of outsiders.

To conclude, we can say that it takes a lot of courage to accept your truth when everyone is bashing you for it. But, all-in-all , no matter how strong your connections are, you still need a whole lot of talent to win the hearts of today’s woke audience that only fall for the avant-garde.