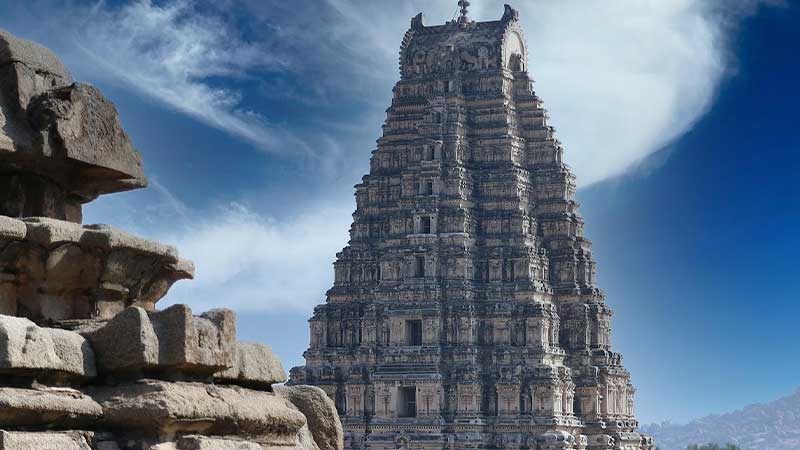 The south of India is home to some of the country’s most visited destinations – from the backwaters of Kerala and idyllic beaches of Pondicherry to the hubbub of Bangalore and the charm of Goa, there are several places where you can spend days and weeks exploring and entertaining yourself in on the short notice. This part of the country has a millennia-old history which is a treat to explore and at the same time is as modern as Indian metropolises get.

The six states that constitute peninsular India are Tami Nadu, Karnataka, Kerala, Goa, Andhra Pradesh, and Telangana, along with the union territories of Lakshadweep and Pondicherry – all of them being exquisite destinations for one reason or another in their own right.

Home of some of the world’s most exquisite temple architecture, the Great Living Chola Temples of Tamil Nadu, as they are known, is a UNESCO World Heritage Site completed between the 11th and 12th centuries. Three temple complexes that constitute this list are Brihadisvara Temple Complex at Thanjavur, Brihadisvara Temple at Gangaikonda Cholapuram, and Airavatesvara Temple at Darasuram. These three engineering marvels that are over a thousand years old are said to be an outstanding creative achievement in the architectural conception of the pure form of Dravidian Hindu temples. According to the Times of India , one cannot miss out on the grandeur of history, culture, and architecture and should visit one of the most visited sites in the temple-state of Tamil Nadu.

Running 1,600 kilometers parallel to the western coast of India, from Gujarat in the north all the way to the tip of the southern end of the country, the Western Ghats mountain range is a jewel of Mother Nature and one of the eight hotspots of biological diversity in the world. Older than the Himalayas, they are spread over an area of 1,60,000 square kilometers and are home to thousands of indigenous flora and fauna found nowhere else on the planet. The presence of tea, coffee, and spice plantations span the length of the mountain range, making it one of the best places for monsoon retreats with its hills stations. Munnar, Wayanad, Ooty, Coonoor, Kodaikanal, Coorg, Lonavala, etc. are some of the most visited hill stations in the country that lies here.

Arguably one of the most enigmatic and mesmerizing destinations of historical and cultural importance in the world, Hampi, on the bank of river Tungabhadra, was once the capital of the mighty influential Vijayanagar Empire and to this day stands as a site of stupendous architectural wonders. One can go through this guide by The Broke Backpacker for detailed knowledge on the area. The same can be said of Pattadakal which is present in the Bagalkot district on the state, although it is one of the lesser-explored tourist spots. The Hindu and Jain temples here date back more than 1,200 years back to the 7th and 8th centuries. Both sites are close to one another and can be covered in the same itinerary. However, it would easily take a week it explore the mighty ruins and architectural wonders of this area.

One might not expect to experience idyllic and tranquil beaches one morning and then head off to party at night in one of India’s most happening tourist destinations. Goa provides exactly that. The smallest state on the list is a favorite for anyone visiting India, let alone to the southern part of the country. From the world-famous party beaches of Anjuna and Arambol in the north to the untouched aura of the southern part of the state, Goa is an unmissable holiday spot. The capital, Panjim, is also famous for cruise ships that offer casinos and parties to enjoy. If onsite gambling is your thing, head on to Asiabet.org and delve into the fun space of online casinos, where one can also find access to resources and guides to enhance their knowledge. First-time and regular players can also benefit from additional rewards and bonuses such as free bets, loyalty points, cashback, instant payouts, accumulator schemes, etc.

Of course, this list is not exhaustive and there are many more destinations that people can spend their valuable time in. South India is a melting pot of culture, religion, history, cuisines, architecture, tradition, wildlife, and whatnot. It is a destination that mesmerizes you at every turn and offers you a side of India that is unknown to many, a land of mystery and magic.