Entertainment » Trending » Behind The Scene Photos From Naagin 5 Duo

Behind The Scene Photos From Naagin 5 Duo 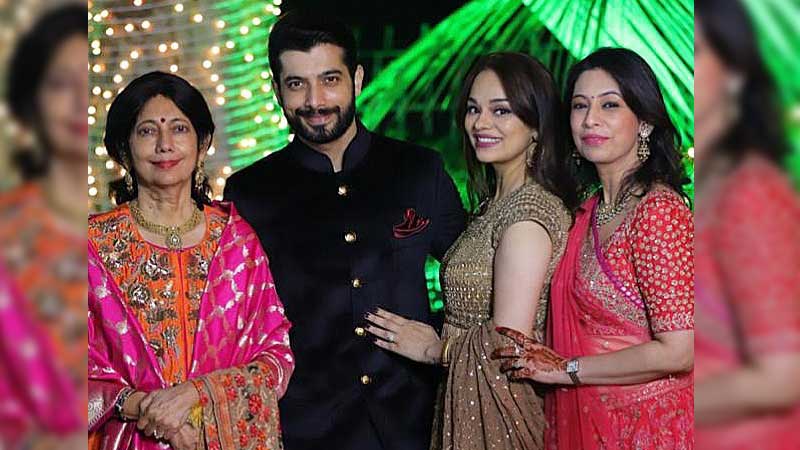 You probably already know who I’m talking about. We were all collectively mesmerized by Surbhi Chandna and her co-star Sharad Malhotra when they were in Naagin 5. They won us over with their undeniable chemistry on the 5th season of the fantasy thriller Naagin by Ekta Kapoor.

Surbhi and Sharad have been sharing photos of themselves on their respective social media as they are filming an upcoming music video. We’re already excited to see them together, and they know it.

One of the posts Surbhi posted was perfect – it shows both of them dressed up, and Sharad’s arm is around her. She asked for comments from her fans, and undoubtedly many will be trying to boost their online comments using SocialWick to get her attention. We must say they look good together. The duo looked good in their chosen outfits, and they still look comfortable around each other. Anyone can see how they’ve grown to be good friends since they started acting together.

In another photo, we see the pair behind a motorcycle, holding a hose and washing it. Comments about how they are ‘drenched’ in love soon filled our social media feed. They may not be showing clearly, but we can feel their chemistry through our screens. It is a clever move from the two stars. By giving us teasers this way, we’re getting more excited for the music video, and we’re definitely waiting for more.

Both stars are in their thirties, and although Sharad has been active for longer than his lovely colleague, we love both equally. Their collaboration on Naagin 5 was original and further increased their fame. Bollywood fans couldn’t love another couple more.

We find many videos of their interaction with each other online, where they show how close they have come to be. Even though they did not act side by side before, they claim to have grown close during the filming of Naagin 5.

In 2004, Sharad was an aspiring actor, and his debut was in India’s Best Cinestars Ki Khoj. After seeing the potential he had, he was cast as Sagar in the 2006 soap opera Banoo Main Teri Dulhann.

It wasn’t long before he was cast in many other leading roles, but Bollywood has never forgotten his first major role as Sagar. The good-looking actor has many fans, and his role in Naagin 5 was a change of pace for him. He even claimed to be scared to play a bad boy for the role. His usual roles are those of a good guy, following the rules of society.

The gorgeous actress from Mumbai has been on TV since 2009 (in Taarak Mehta Ka Ooltah Chashmah). However, she really only achieved fame and success for her role in the widely popular romantic drama Ishqbaaaz. Many will consider this her breakthrough role and probably her most memorable. The multiple awards she received for her excellent portrayal were well-deserved, in our humble opinion.

She quickly rose in popularity, and pretty soon, she was listed among the top ten TV Personalities by the popular entertainment website Biz Asia in 2017 and 2018. We expect more success in her future, as she has shown herself highly capable of handling lead roles.

Their Roles in Naagin 5

Ekta Kapoor’s supernatural fantasy thriller series has been on air since 2015, changing starring characters every season. In season 5, we are shown a story set in the past where eagles have shape-shifting power. Lord Shiva then awards this power to Naagin’s instead.  After seeing the story of the past, we are then taken to a lifetime later, where all the characters are reincarnated.

It tells of a love triangle between Naageshwari (the first recipient of shape-shifting powers), her love Hriday, and Aakesh, who was in love with her as well. Sharad and Surbhi star alongside Mohit Sehgal. These are their respective roles:

Fans of the series appreciated the cast’s chemistry and acting, as well as the gripping plot. Surbhi and Sharad were even given the name VaNi (Veer + Bani) on social media by their fans. Needless to say, they must go through several obstacles to finally find each other and marry.

The storyline of this season is full of plot twists and keeps us engaged throughout. It is the only season in the series to make a jump of 40 years, the longest time so far.

The season was so successful that a spin-off started based on it, called Kuch Toh Hai: Naagin Ek Naye Rang Mein.

This is what we’ve been able to gather about Surbhi’s upcoming music video. She already shared her outfit, which is an orange tank top (of course showing her belly button), black shorts, and black heels. No one will find it hard to say her outfit is perfectly coordinated and visually pleasing – in other words, that’s a sexy photo on her Instagram!