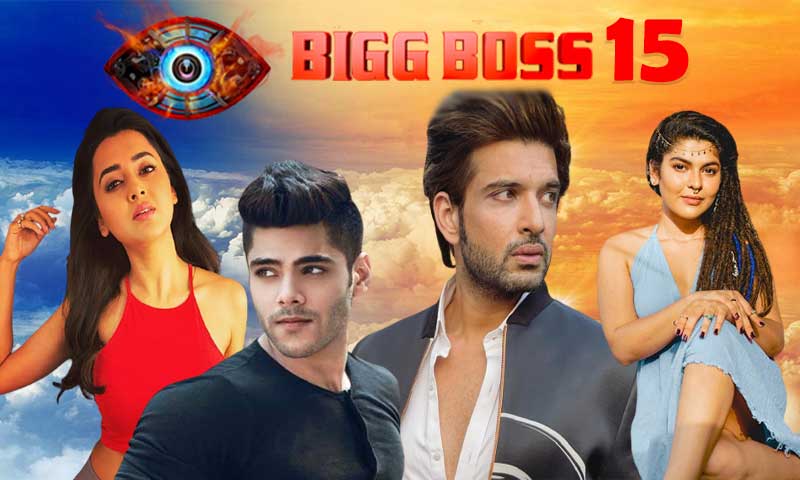 Bigg Boss 15 is the much hyped reality show of India and is set for its launch on 2nd October 2021. Salman Khan has been hosting the show since its 4th season, and it will be his 12th season as the show host. Every day, Colors TV is releasing a promo to reveal the contestants who will be seen in the reality show. The latest promo of Bigg Boss 15 has revealed four more names in the contestant lists by giving them a cryptic name.

Tejasswi Prakash has been introduced as someone who loves to play with danger.

And singing cuckoo is none other than singer Afsana Khan.

Apart from that, some of the other contestants who have been confirmed for Bigg Boss 15 are Asim Riaz’s brother Umar Riaz, Donal Bisht, direct entry from Bigg Boss OTT Pratik Sehajpal, Nishant Bhatt and Shamita Shetty.

Some other celebs and personalities who are being speculated to participate in the show are Neha Marda, Rakhi Sawant’s husband Ritesh, Vishal Kotian and Akasa Singh.

This time, the Bigg Boss fans are not only excited about the contestants of the show, but the ‘Jungle’ theme has stirred up the excitement for Season 15.

Here is a list of confirmed and speculated contestants for Big Boss 15:

Karan Kundra always has his name in the expected contestants of Bigg Boss, and this time it’s no different. However, the recent promo of Season 15 showed Kundra as the confirmed contestant of the show.

Tejaswi Prakash is another confirmed contestant of Bigg Boss 15 and was also seen in Khatron ke Khiladi. Let’s see how she uses her charm in India’s most controversial reality show.

Simba Nagpal is one of the popular faces of Indian television and has participated in MTV show Splitsvilla. His popularity in the show got him into TV serials and now he has been confirmed by the makers to be a part of Bigg Boss Season 15.

‘Titliyaan Warga’ fame singer Afsana Khan has also become the confirmed contestant of the Salman Khan show. The promo showed her glimpse singing a few lines of her most popular song.

Umar Riaz is the elder brother of Bigg Boss 13 most popular contestant Asim Riaz who was even the first runner-up of the show. Umar Riaz recently opened up about his interest in acting and is one of the confirmed contestants of Bigg Boss Season 15.

Pratik Sehajpal took the money box during the Bigg Boss OTT finale and that made him a confirmed contestant of Bigg Boss 15. He got into limelight after taking a fight with the winner of the Bigg Boss OTT, Divya Aggarwal.

Shilpa Shetty’s sister and Bigg Boss OTTs’ 2nd runner-up will also be seen in Bigg Boss. Let’s see if this time she makes it up to the finale.

Nishant Bhatt was the first runner-up of Bigg Boss OTT, and he even created history for being the first ever choreographer to enter the reality show. Due to his gameplay, Nishant, has become one of the confirmed contestants of Bigg Boss 15.

Nidhi Bhanushali aka Sonu of Tarak Mehta ka Ooltah Chashma started her career as a child artist in TV serials. As per reports, Nidhi is also entering the popular reality show BB 15 this year.

Popular singer Akasa Singh, who got popular with her songs like ‘Kheech Meri Photo, Nagin’ is expected to enter the Bigg Boss house this year.

Vishal is a well-known face of TV industry will be seend participating in the Bigg Boss in 2021; the makers have confirmed the same.

Manav Gohil became a household name after appearing in so many television shows. This year, he will also make an appearance in Colors TV show ‘Bigg Boss Season 15.