Bollywood Couples Who are Going to Get Married in 2021 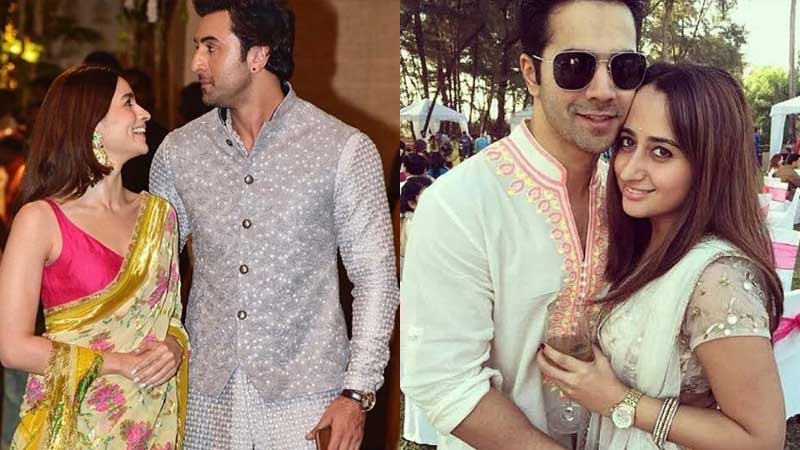 The college sweethearts have been dating for quite a long now and for the last two years their marriage rumors have been making the rounds. But finally, this year, the couple has decided to give in to this relationship and tie the nuptial knot. As per the sources, Varun Dhawan and Natasha Dalal wedding is due for 24th January, 2021 and will be held at The Mansion, Alibaug; the wedding will be a private affair with closed ones invited seeing the current pandemic situation.

Ranbir Kapoor’s relationship with Alia is quite open to all and this time Ranbir Kapoor seems to be serious about settling in. That’s why last year you were getting the rumors of them getting married. As per the sources, the marriage got postponed seeing the current situation and the saddened demise of Late Rishi Kapoor. Also, this year for the first time you will see them together in a movie; hopefully, after the release of the movie, you will get to hear their wedding bells.

The star couple was all set to get married in 2020 but the pandemic ruined it all for them. Ali Fazal proposed to Richa Chaddha in the Maldives last year and after that wedding preparations were about to start. But seeing the situation, they postponed the plans to this year. Now, let’s see when they make an official announcement about their marriage. Richa and Ali worked together for the first time in the movie Fukrey in 2013.

Malaika Arora and Arjun Kapoor are so much in love and they never shy away from expressing their love. Even after getting trolled for their age gap, the couple is going strong and there are rumours of them getting married this year. As per sources, Arjun has told the media that he will let everyone know about his marriage but who knows if the love birds get engaged secretly.

Actor Rajkummar Rao has been dating City Lights (2014) co-star actor Patralekha, for five years now. Their fans think they are married but no marriage is yet to happen. According to Patralekha, her parents are not forcing her for marriage and neither does she want to settle down so early. They are in a happy space together and for Rajkumar Rao, marriage is on the cards for sure, so let’s see if the couple surprise their fans by announcing their marriage.

Miss Universe 1994, Sushmita Sen is dating Rohman Shawl for two years now and recently when the couple went live on Instagram, the fans asked them about their marriage plans. This made the actress blush and Rohman answered, ‘Pooch ke btate hain’. That was quite a positive answer, let’s see if Sushmita Sen finally ties the knot this year and takes all of her fans by surprise.