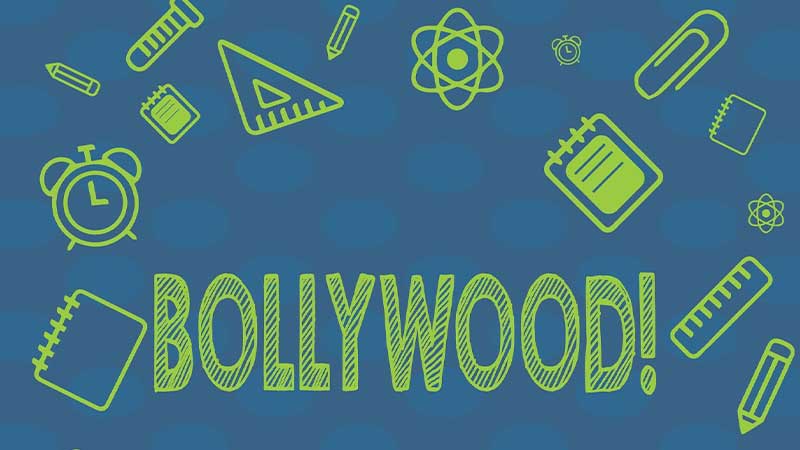 Bollywood is synonymous with the film industry of the Indian city of Mumbai (formerly Bombay), so named by analogy with Hollywood in California (USA). “The term ‘Bollywood’ is an invention of the late twentieth century that came after the Mumbai film production struck the imagination of the West,” said South Asian film historian Nasrin Rehman. Many films and series were created for the poor, who could enjoy the bright colors, songs, dances, and emotions on their TV screens and at least a little distracted from pressing problems and poverty, to show a better life and opportunities. However, in the 2000s, Bollywood films became famous not only in India.

The most notable in such a film is the plot, somewhat naive but often deep. Highly artistic films are carefully processed and created by masters. Every component is necessary here, but the plot is usually a template. The emphasis is on music, songs, and dances.

About 4-5% of the playback in Bollywood movies is music. In one average film, there are nearly 5-6 songs. Often songs for movies in India are released earlier than the pictures themselves, so they heat the interest of the public. Also, in an Indian film, there must be a simple poor guy who will resist injustice and evil, and of course a beautiful girl – for the love line. Often the beauties are famous participants of the Miss World show, well-known models and singers.

Indian cinema is not only producing musicals and comedies. Not many folks wonder if Indian cinema can also be deep and exciting. There are some deep movies, which will give you food for clear thoughts and inspiration for your college essay writing if you need to write papers about it. This list was provided by academic experts from SmartWritingService.com, a professional essay service.

The main character is a Muslim with autism. He moves to the USA, meets a girl. Love, wedding, friendship – everything is like in old good Bollywood. And then – September 11, 2001. A world tragedy turns everything in Khan’s family, and the guy himself finds a goal for which he embarks on a long journey. Here begins a road movie with stunning landscapes, stories, and fates of people that are very closely intertwined. The main thing here is that good or evil has no nationality. All people in the world are divided into good or bad. AND ONLY SO.

What to do to a girl who was abandoned by a loved one shortly before the wedding? They met for several years before coming to such an important decision for the two families. And suddenly hear “sorry, that’s what happened.” To alleviate emotional pain and resentment, Rani goes alone on her honeymoon, which she dreamed of so much from an early age. First Paris. The city of lovers met the girl with painful memories of unfulfilled hopes. But the acquaintance with Vijayalakshma gave her new sensations. Then Amsterdam, where three new friends showed Rani that the main thing is to feel confident in any situation…

English journalist Sue arrives in India to make a documentary about Indian independence fighters during the British colonization based on her grandfather’s diary. Due to a lack of funds, she is forced to work with students instead of professional actors. At first, the company of friends is not particularly eager to participate in the project, but with an hour of a stench more and more immersed in the problems of that time… And gradually realize that little has changed in the country, that people still have to fight for their rights. Soon they start their struggle…

In this film, Aamir Khan not only played the main role but also acted as a director and producer. 8-year-old Ishan Avasti is a little different from other children. It is difficult for him to do what others do very regularly. The world does not understand this child as well as his parents. When Ishan fails his school exams for the third time, his father sends the boy to a boarding school as punishment. Loneliness to lose a child, he condemns himself for parting with his parents, but he cannot forgive them. One day in Ishan’s life, the connection is a temporary drawing teacher, Ram Nikum, the only one who understands this child. Ram aims to change the boy’s life and attitude towards him.

Two friends Farhan and Raja have been trying to find their missing friend Rancho for many years. Having discovered a small clue, the friends set off on a journey, during which they will have to remember many funny stories from the past and find out the secret of the disappearance of the mysterious Ranch.

The life story of Harprit Singh Bedi, who, with only 38 points, graduated from college with a bachelor’s degree in commerce. Harprit’s grandfather hopes that his grandson will still find a decent job. Harprit is hired for a non-prestigious 6-month probationary period with a salary of Rs 15,000 in a computer company.

Another poetic and profound film from director Kiran Rao. The story is about four people, whose lives are intertwined in different ways against the backdrop of the life of Mumbai, the largest metropolis in India. This picture makes you experience many heart-pinching moments with the heroes and shows that we are all not so different.

These movies will surely leave an imprint on every student or some grown-up imagination of Bollywood movies. You will find how deep and true they can be!