Bollywood Newcomers to Turn Up the Heat in 2020 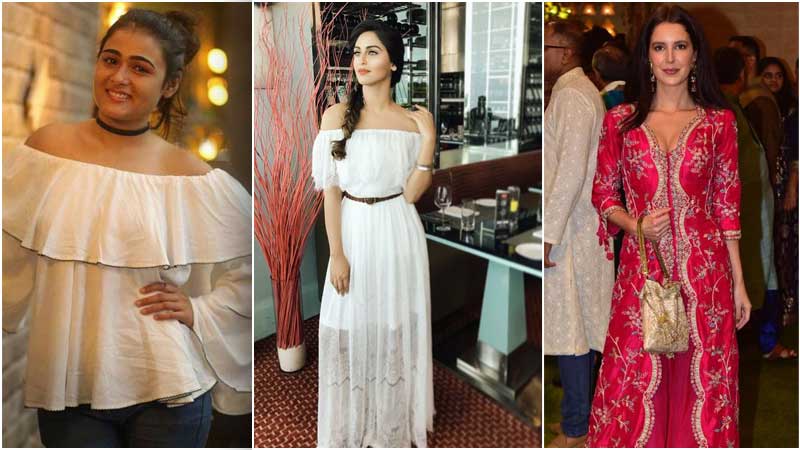 After being amused by the heart-warming performances of several newbies like Ananya Pandey in ‘Student of the Year 2’, Siddhant Chaturvedi in ‘Gully Boy’, Rakul Preet Singh in ‘De De Pyar De’ and many more in 2019, Bollywood is ready to welcome some more fresh faces in the industry this year. With the evolution of Bollywood, filmmakers are continuously in search of new faces.

Let’s have a look at the newcomers of 2020 that you literally need to watch out for:

Long after winning the beauty pageant Miss world in 2017, Manushi Chillar is all set to make her debut in Bollywood opposite Akshay Kumar. Directed by Chandraprakash Dwivedi, ‘Prithviraj’ will portray Manushi Chillar as Rajkumari Sanyogita (Prithviraj Chauhan’s wife). The film is set to be released around Diwali 2020 under Yashraj Films Productions.

Lucky to be making a debut with an iconic actor Amitabh Bachchan, Krystal D’Souza seems to be really for her first Bollywood film releasing on April 24, 2020. Also starring Emran Hashmi, this film is said to be a thriller, titled as ‘Chehre’. Krystal got several movie offers while shooting for her famous TV series ‘Ek Hazaaron Mein Meri Behna Hai’ (2011-2013) and ‘Fittrat’ (2019). After declining all those offers, Krystal seems to be destined to get into a movie that has all the makings of a super hit.

Being the grandson of the renowned actor Late Mr. Amreesh Puri, Vardhan Puri is a much-awaited actor of the year 2020. He is all set to make his big Bollywood debut with ‘Yeh Saali Aashiqui’. Co-starring, Shivaleeka Oberoi who is also making her debut in Bollywood with this movie. The film is slated to hit the theatres in November 2020.

Athiya Shetty, the daughter of Sunil Shetty stepped into Bollywood in the year 2015. Now, it’s the turn of his brother Ahaan Shetty to commence his career in Bollywood with ‘Tadap’ this year. Under Sajid Nadiadwala’s production, Ahaan is going to play the lead role opposite Tara Sutaria in the movie. The action-packed romantic saga, directed by Milan Luthria, is a remake of a Telugu movie ‘RX100’.

Already famous by appearing in the comedy sketches of ‘The Viral Fever’, Jitendra Kumar is ready to make a Bollywood debut in ‘Shubh Mangal Zyada Saavdhan’. He is going to be seen as a lover of Ayushmann Khurrana in the film produced under the banners of Colour Yellow Productions and T-series. 21st February 2020 is the release date of the social romantic comedy-drama story.

The younger sister of Katrina Kaif, Isabelle Kaif will make her long-delayed debut at the box office soon. The movie ‘Kwatha’ is introducing Isabelle opposite Sooraj Pancholi, son of Aditya Pancholi. The film believed to be based on real-life events is directed by Karan Lalit Bhutani.

Shalini Pandey has eventually mustered modest fame for herself by working in a handful of Tamil and Telugu films. Arjun Reddy is her most successful Telugu movie so far. Now, she has also managed to bag a Bollywood movie  box office opposite Ranveer Singh. Directed by Divyang Thakkar, the film is named ‘Jayeshbhai Jordaar’.

Under Yashraj Films Production, a fresh face, Sharvari Wagh, is going to be launched this year. Sharvari is going to play a lead opposite Siddhant Chaturvedi for ‘Bunty Aur Babli 2’. Saif Ali Khan and Rani Mukherjee will also be seen playing a significant role in the movie. The newbie made her acting debut in Kabir Khan’s popular web series ‘The Forgotten Army’.

The upcoming movie featuring Kartik Aryan and Jahanvi Kapoor, ‘Dostana 2’ is going to present a fresh face, Lakshya. Directed by Collin D’ Cunha and produced by Karan Johar, the film is going to be the sequel of the hit movie ‘Dostana’. Earlier, Lakshya had been seen playing the character of Porus in the Sony TV series ‘Porus’ (2017). Not much information is revealed about Lakhshya’s background by the makers of the film.

The Romanian news anchor, TV host, and singer, Lulia is now ready for her debut in Bollywood with the movie ‘Radha Kyon Gori Main Kyon Kaala’.  She is going to play the lead opposite Jimmy Shergill in her long-overdue movie. The movie is directed by Prem R Soni and is based on a real-life incident. There are many rumors about Lulia’s close relations with Salman Khan and they are often spotted together. This is the reason behind her already earned fame in Indian Cinema.