Entertainment » Bollywood Stars Who Own a Cricket Team

Bollywood Stars Who Own a Cricket Team 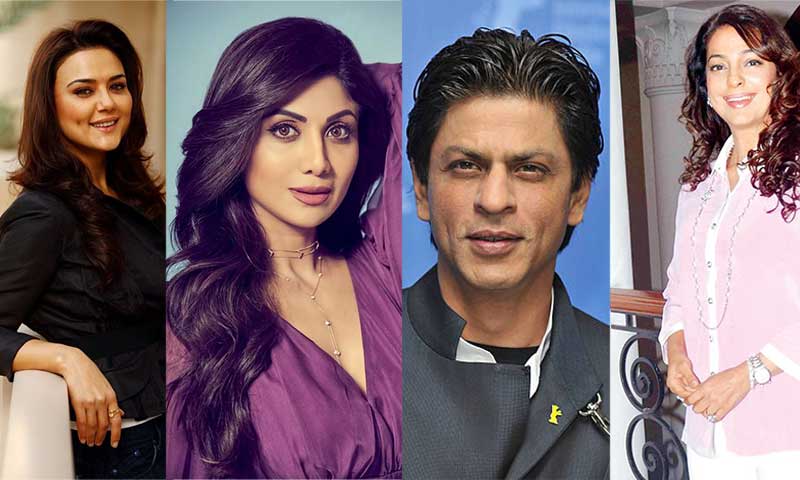 Bollywood and cricket are closely related. The relationship between the two industries goes way back. Often celebrities from both industries have made headlines together. Many Bollywood movies like Lagaan, Iqbal, and Victory focused on cricket as their main theme.

Several biopics on legendary cricket stars are also in the pipeline. Interestingly, relationships between cricketers and Bollywood actresses are also common, the most recent example being the marriage of Virat Kohli and Anushka Sharma.

With tournaments like IPL and Celebrity Cricket League, the boundaries between the two industries are blurring. Bollywood stars are now investing in cricket teams and are also very active in selecting and promoting their teams. Celebrities are often seen cheering for their teams at the cricket pavilion.

Here’s a list of the top Bollywood stars who own a cricket team.

Rightfully known as the King Khan of Bollywood, Shah Rukh Khan is the owner of the IPL cricket team Kolkata Knight Riders. The team is owned by his company Red Chilli Entertainment. Khan has been active with the team since its inception. He actively participates in the IPL auction and has a reputation for investing in the best players.

Preity Zinta owns the IPL team of Punjab named Kings XI Punjab, along with co-owners Ness Wadia, Mohit Burman, and Karan Paul. Her team is based in Mohali. Zinta & group paid a huge amount to grab the franchise for this team.

Kings XI Punjab has so far played well and managed to reach the semi-finals during many seasons of the IPL. Preity Zinta is the brand ambassador of the team as well and is present several times in the stadium to cheer for her team.

Juhi Chawla is known as an entertainment powerhouse and is behind a handful of huge Bollywood hits including Qayamat Se Qayamat Tak, Bhoothnath, Ishq, and Duplicate.

Juhi Chawla and her husband Jay Mehta co-own the IPL team, Kolkata Knight Riders along with Shah Rukh Khan. Juhi has been connected with the team since its formation and has been a long-time business ally of Shah Rukh Khan.

Shilpa Shetty made her on-screen debut with Baazigar and her career graph has seen a rise ever since. In February 2009, Shetty and her husband Raj Kundra became stakeholders in the IPL franchise cricket team Rajasthan Royals by paying approximately US$15.4 million for an 11.7% stake.

However, the couple was forced to sell their stake in 2015, after being found guilty of placing illegal bets on IPL games.

The act of betting on cricket in India is not illegal in and of itself, as long as participants only use cricket betting sites that are based outside of India – but cricket players and other administrative team personnel (such as owners) are not allowed to bet on their own games due to the incentive of match-fixing to ensure a successful bet.

This led to Shilpa Shetty being forced to sell her stake in the popular IPL franchise.