Lifestyle » The Most Extravagant Celebrity Gifts

The Most Extravagant Celebrity Gifts 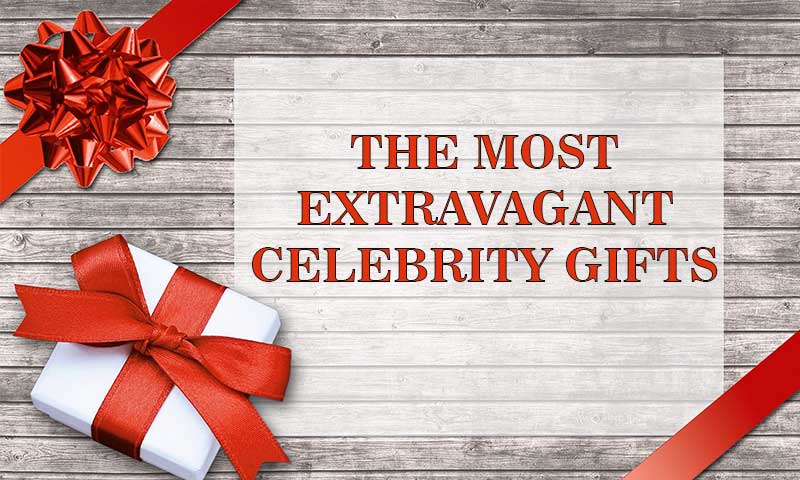 For the rich and famous, a gift can be so extravagant that it is considered crazy by most of us.  Celebrities in Bollywood want to live the good life and whilst they will lavish gifts on their partner or spouse, some of the most ridiculously expensive gifts listed here have been given to close friends and other family members. Whilst these may be outrageous presents, they may offer an idea of the gifts we would like to give to our loved ones as a sign of appreciation and love.

When it comes to a Bollywood wedding, no cost is spared for the right look, which includes some fabulous jewelry. Actress Asin Thottumkal married Micromax co-founder Rahul Sharma twice in 2016, with a Christian and a Hindu wedding ceremony. The highlight of her Hindi ensemble was a beautiful polki necklace adorned with glistening red colored stones perfectly balanced with a matha patti decorated with a stunning red emerald.

Unique gifts of jewelry make for the perfect gift for anyone, even if they are not a Bollywood star. A rose is a symbol of romantic love and a silver-dipped rose makes the gift all the more special as it will last a lifetime. Silver is also symbolic of the 25th wedding anniversary, a milestone anniversary that is usually celebrated with a large family party.

Shahrukh Khan has gifted lavish presents to his friends getting married. He gave a luxury car to Deepika and Ranveer to mark their wedding.  Aditya Chopra gifted an Audi A8 W12 to her partner Rani Mukhjerji, blowing the cover on their relationship to Indian media who had been curious to know if they were a couple.

In an extraordinary show of extravagance, Abhishek and Aishwarya Rai Bachchan gifted to their daughter Aaradhya Bachchan a BMW Mini Cooper. What is so astonishing about the gift is that it was to mark their child’s first birthday.

On completion of his film project Ra. One, the king of Bollywood Shah Rukh Khan rewarded five members of the film’s team with a brand new BMW 7 series sedan, costing about INR10 million each (USD135,000).

When Vidhu Vinod Chopra got the chance to work with Amitabh Bachchan in his production, Eklavya showed his gratitude by gifting Bachchan a brand-new Rolls Royce which was graciously accepted.

After a 20-carat heart-shaped natural white diamond ring was used to mark their engagement, it is little surprise that the gifts between Raj Kundra to Shilpa Shetty were going to be crazy expensive. Probably the world’s most expensive anniversary gift from Kundra to Shetty was an apartment on the 19th floor of the Burj Khalifa in Dubai, the tallest building in the world. He also gifted her a lavish mansion in England that he bought for GBP5.5 million. Keen fans of cricket, the couple paid USD15.4 million for an 11.7 percent stake Rajasthan Royals in the Indian Premier League back in 2009.

Media mogul Siddharth Roy Kapoor gifted his wife, actress Vidya Balan, a high-end luxurious flat in Juhu, Mumbai. The hugely expensive flat is sea-facing amongst the homes of the most famous in India.

Salman Khan was not only generous to his sister at her wedding, but he has also gifted Alvira Khan a luxurious penthouse in Mumbai worth more than USD2.1 million (INR16 crore).