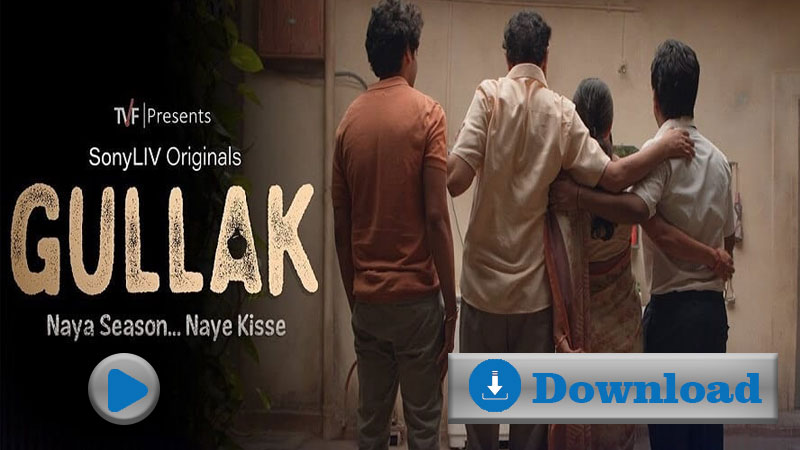 If you have already watched Gullak Season 1 and loved it, season 2 is also out now with the same star cast in the lead. The second season of this web series has again received a mixed responses from the critics, just like the first season. Still, if you are a family drama lover, this web series can lighten up your weekend and may leave a nostalgic smile on your face. The director and the writer have been changed for the second season, and this will make you feel the difference in both seasons.

Here is all the information that you might find interesting about Gullak season 2 and along with the links to watch all of its episodes:

The Mishras, the family that is the center of the web series Gullak, is constantly on a grinding stone. The show talks about their psychological peccadilloes and domestic bust-ups. Shanti Mishra (played by Geetanjali Kulkarni), is a mother of two grown-up boys, and has performed outstandingly. She is done complaining to her husband about the ‘silbatta’ that gets her tired and has been replaced by a juicer-mixer-grinder. But this will not end the daily troubles of the Mishras, who live in an unspecified small town in northern India.

Where to Watch All the Episodes of Gullak Season 2?

Cast and Crew of Gullak Season 2

Here are the details of the lead cast and crew of Gullak Season 2:

Can You Download All Episodes of Gullak Season 2 for Free?

You can watch all the episodes of Gullak Season 2 only on Sony Liv where it aired in January 2021. You need to buy a subscription to Sony Liv to watch or download the full web series ‘Gullak’ Season 2. The second season of the Gullak series is not available for free, unlike the first season which was also available to watch and download on TVF Play.

You may find some torrent sites like Filmygod, 123MKV, Movierulz, 1337x, YTS Tamilblaster, and kuttymovies that have illegally leaked the web series on their platform for free. But that falls under piracy, which is considered a criminal offense in India. These sites do not own the copyrights of the shows, movies, or web series that they provide online on their platform. All the content on these torrent sites has been reproduced illegally without taking the owner’s consent.

Also, there is severe punishment under the law for anyone who is found involved in piracy in any form or manner or is found violating copyright policy. Any such person who is found guilty of promoting piracy is subject to imprisonment along with some legal charges.