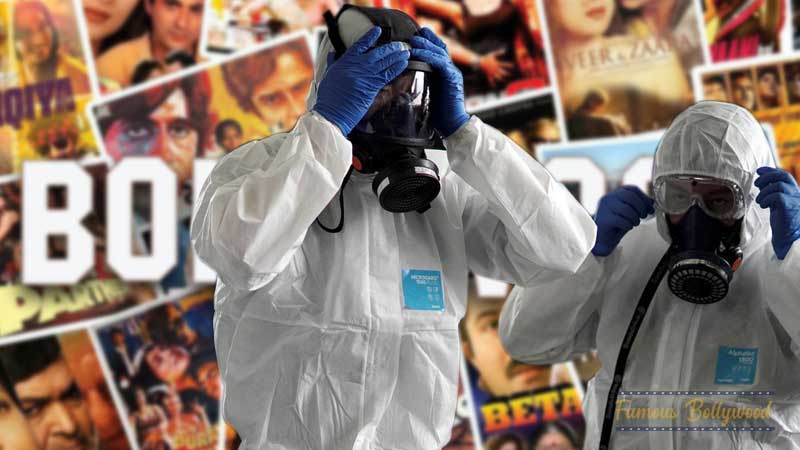 Coronavirus outbreak has put the world to stun and authorities into an overwhelming condition. At this stage, no one is willing to put their life on risk, and thus profit and loss are no longer a matter of consideration across the globe. Where the economy of the world is persistently suffering, our Bollywood stars are also at a great loss as everything has been halted; from movies to photoshoots, everything is paused for a time, but only the Almighty knows when things will become normal and how long the lockdown period will be needed to save the human race. Talking about Bollywood, big releases like Sooryavanshi, Sandeep and Pinky Faraar are put on hold till the lockdown proceeds. Thus, COVID-19 has influenced showbiz to an extreme where millions and billions of producers are at stake.

The renowned trade analyst Rajesh Thadani told IANS “It is not a very aggravated situation in India right now, but people are getting the jitters. I am sure it will be controlled soon. If it spreads further, it will affect collections and cinemas. I think at the moment distributors and producers must be thinking of insuring their films. If we talk about movie-going, I think the effect is coming in gradually because people will have reservations about going out,”

His statement made it clear that Bollywood is sitting home like any other citizen of this world and facing the consequences of this pandemic. There are certain ways in which Bollywood is enduring loss, let’s have look at them:

It is clear that Bollywood had a big plan for 2020 and audiences were eagerly waiting for movies like Baaghi 3, Angrezi Medium, Sandeep Aur Pinki Farrar. But due to empty halls and prolonged lockdown, the releases of all three have been postponed till everything clears out; We all worried how long it would take, so are the Bollywood stars. If the situation is controlled on time, the world may have to face the disastrous consequences and the same applies to B-Town releases as many other movies which are queued for a net quarter of the year may need to suffer, few such films are Amitabh Bachchan and Ayushmann Khurrana’s  Gulabo Sitabo, Varun Dhawan-Sara Ali Khan starrer Coolie No.1, Salman Khan’s movie Radhe: Your Most Wanted Bhai, Akshay Kumar’s upcoming Laxmmi Bomb, Bunty Aur Babli 2 and Kangana Ranaut’s Thalaivi.

The next slot of upcoming movies includes Haathi Mere Saathi, Ludo, and Gunjan Saxena, Roohi Afzana Chehre. So, only the time will let us know- Are they going to release on the expected time?? and even if they get released, will they collect the expected amount as even after the lockdown termination, people will be scared to participate in crowded places like cinema halls. So, the luck of these movies is in the hands of God. Hope the lord spare us all!.

There is no way in which the shootings can proceed, as everything is stopped; the world itself has stopped, and the healing time is quite long. The pandemic of COVID-19 has scared us out of our wits. So, at present no gathering is taking place, offices are shut-down, markets are closed and the shootings have come to standstill. One Human is afraid of other humans; this badly we are shaken by this pandemic attack. The crowds are being avoided and even the government is now allowing people to gather at one place and thus shootings of Salman Khan’s Radhe: Your Most Wanted Bhai, Karan Johar’s Takht, Laal Singh Chaddha, Brahmastra, Jersey and several others have waived.

No one is stepping out in the current situation and thus paparazzi have decided to rest at home rather than waiting for celebrities to come out of their place. Even stars are requesting photographers to stay at home and take care of the health of their families. Thus, we are missing the candid moments of our favorite stars. From the gym to the mall, everything is closed and thus there is nowhere to go except your home, so at this time of crisis, our celebs have decided to enjoy the warmth of their homes. So, the paps are at the break due to this pandemic. It’s strange but true.

Public places are empty and not effervescing because everyone; even the hardcore outgoers are sitting at their home. Sitting at home is the only way to control the spread of this deadly disease and thus every event that was planned before the outbreak is being canceled. Events and crowds go hand-in-hand and thus events are being called off to avoid any physical interaction of people. Few examples of called off events are; Ranveer Singh’s team ‘8’s trailer launch in Mumbai, Baaghi 3 and Angrezi Medium promotions in New Delhi were canceled due to the coronavirus fear. Also, many award ceremonies of Bollywood were canceled for the same reason.

Coronavirus has made the countries put a full stop on everything on hold and Bollywood is doing the same. Even, celebrities are refraining to continue the photoshoots that were planned this year. Not only shoots, but all the foreign tours are postponed in the chaotic situation. Hritik has rescheduled his US promotional trip- Salman Khan is also not going to proceed with his international schedule for Radhe. Likewise, Varun Dhawan has called -off his photoshoot. So, every celebrity is completely avoiding any sort of outing-even if it’s important for their career.

Bollywood buff, aspiring journalist, loves to write about Bollywood celebs, their lifestyle and the truth behind controversies. I always look up the latest Bollywood news and offer it to my readers.

Sudden Demise of Legendary actor Rishi Kapoor has left the nation in a state of shock. 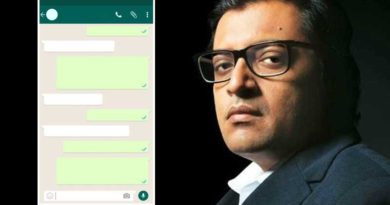 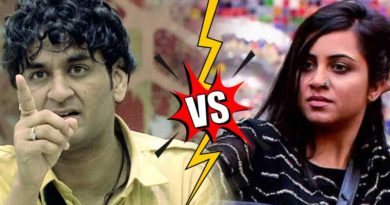