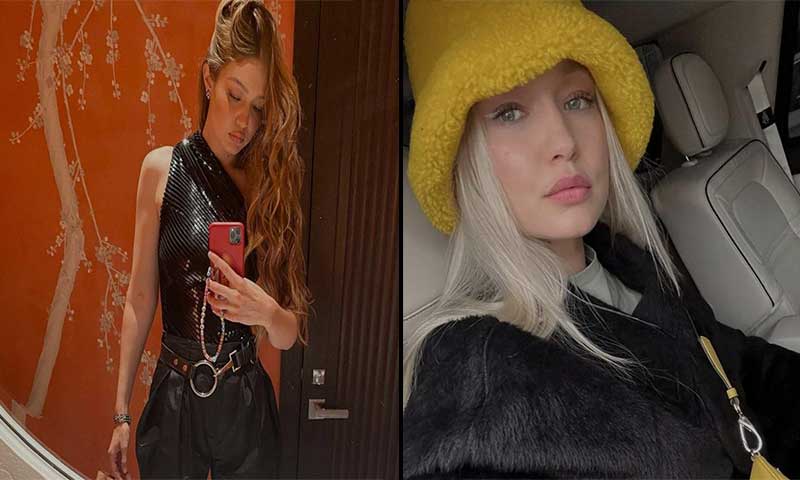 The persona and style statement of Gigi Hadid is enough to make anyone go gaga over her. Or should we say go Gigi over her? Her dressing sense has never failed to impress her fans.

Be it her red carpet appearances or her airport looks, Gigi always ensures to set new fashion statements every single time. Even when she puts on some simple and basic clothing and accessories, she looks like a diva.

There are a plethora of her fans and admirers who often search about how they too can look like her. And we know that if you are here, you must be one amongst those.

So, get ready as we are going to give you a detailed overview of stuff that can make you look like Gigi Hadid. Now let’s get started.

If you think that the trend of going matchy-matchy is too old-fashioned, then you are absolutely wrong. This trend still sets up a style statement and Gigi knows how to make it look more appealing.

On certain casual occasions, one can easily spot Gigi in a matching outfit. But to bring up the best of this fashion statement, she prefers to keep her accessories with this outfit to a bare minimum. This in turn makes Gigi Hadid look simple yet elegant.

Gigi Hadid can carry even a very basic attire in an extremely stylish manner. She was recently spotted wearing a black t-shirt that looked like a casual one but she paired it with platform pumps to make her attire look quite stylish.

She also paired her casual black t-shirt with baggy pants which further made her style statement an appealing one. At times, Gigi simply loves to put on her casual outfits but the way she carries them makes her stand out from the crowd.

Love for a Leather Jacket

Putting on a leather jacket can make anyone wearing a basic outfit look extremely fashionable and stylish. Gigi knows how to use this fashion hack pretty well. She can often be seen sporting a leather jacket on her simple outfits that make her appear quite elegant and chic.

Instead of wearing the leather jacket the conventional way, Gigi at times simply balances it on her shoulders. This fashion hack assists her in giving a bit of structure to her outfit of the day.

Don’t Underestimate the Presence of a Belt

Gigi Hadid’s wardrobe has plenty of belts of different types. It’s one of the accessories that complete her dressing. She loves to experiment with logo belts, oversized belts, and skinny belts that add a unique charm to her fashion statement.

When it comes to wearing casual like crop tops paired with denim, she prefers to put on a trendy belt from her belt collection that compliments her casual look. She also likes to put on a belt when she chooses to wear formal attire for red carpet appearances and ramp walks.

The Versatility of Leggings

If you think that leggings are only suitable for your gym sessions, then you haven’t experimented with them yet. Apart from your regular training sessions, you can put on your leggings and look extremely trendy and stylish at some casual events.

Gigi knows this fact pretty well and she can often be seen sporting her leggings. She pairs them up with a casual pair of sneakers.

To give a peek of her toned midsection, she wears her leggings low waist and ties up the bottom of her shirt just above her waist. This fashion statement of hers also speaks volumes about how consistent Gigi has been with her fitness regime.

The Trendiness of Long Coats

Long coats have always been in trend. They fall in the category of such outfits that can give you both a formal and a casual look. Gigi is often spotted sporting one of her long coats that make her appearance extremely stylish and confident.

When she is in the mood to keep her fashion statement casual, she chooses a long coat with bright colors like violet, red or blue. On the contrary, when she intends to sport a formal look, she prefers to go with a long coat that has basic colors such as black, beige, or white.

Gigi Hadid has always been quite knowledgeable regarding what kind of makeup compliments her well. She often keeps her makeup routine simple and this, in turn, makes her look like a diva.

She likes to put on a golden highlighter that gives an edge to her inherited Californian glow. It also complements her golden hair and makes the contour of her face look sharper and flawless.

Gigi Hadid has never been a makeup fanatic. At times she prefers to put on no makeup at all and feels pretty good about it. Well, it wouldn’t be an exaggeration to say that Gigi has been blessed with natural beauty. So even when she doesn’t put on any makeup her overall persona is enough to make anyone go crazy over her.

Gigi Hadid has undoubtedly set a benchmark in the fashion industry. Looking stylish, gorgeous, and stunning comes to her quite naturally. However, one thing that she always takes good care of is staying comfortable. No matter how trendy and glamorous clothes she wears, she always ensures to keep herself comfortable.

So if you too want to look like Gigi Hadid, don’t make the mistake of copying her style statement by compromising your comfort levels. Feel free to wear what she wears but do so in a manner that makes you feel comfortable and easy with her dressing choices. This in turn will make you appear more stylish and confident just like Gigi.