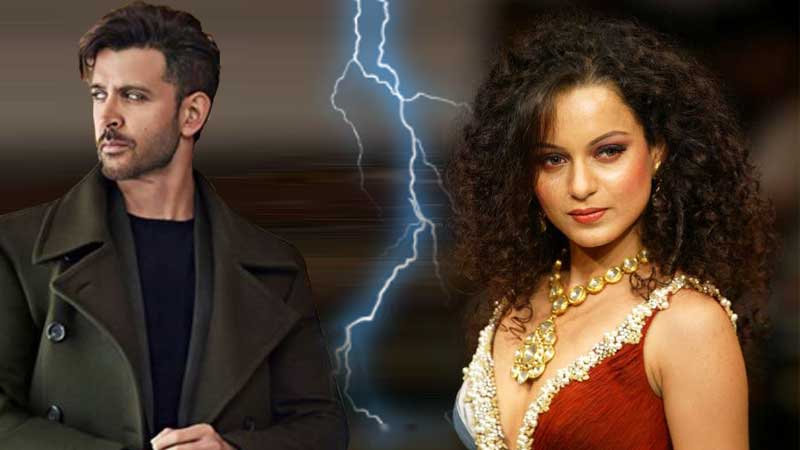 One of the most famous spats in the history of Bollywood is between Hritik and Kangana. The current scenario of this ugly fight is; the case filed by Hritik on 14 December 2016 against “unidentified individuals” has now been transferred to Crime Intelligence Unit (CIU) from the Mumbai Police’s Cyber Cell. The transfer happened after a letter written by Mahesh Jethmalani, Hritik’s lawyer to the Mumbai Police commissioner addressing the lack of growth in the case. Hritik files a complaint that alleged mental harassment by Kangana. He complained that she has sent 1439 emails to him, but he never replied. He stated that the person who responded to her emails was certainly an imposter and was pretending to be Hritik. Also, Kangana claimed of having a romantic relationship with the “War” actor, but he dismissed all her claims.

Kangana who is not in the habit of keeping mum on anything hasn’t spared Hritik after hearing this news. She tweeted furiously:

“His sob story starts again, so many years since our break up and his divorce but he refuses to move on, refuses to date any woman, just when I gather the courage to find some hope in my personal life he starts the same drama again, @iHrithik kab tak royega ek chote se affair ke liye?”

Just to tell you, this all started when Kangana termed Hritik as “Silly Ex” in an interview. This is when Hritik lodged a defamation complaint against Kangana for falsely taking his name. Also, he tweeted:

“There r more chances of me having had an affair with d Pope dan any of d (I’m sure wonderful) women d media hs ben naming. Thanks but no thanks,” he said.”

It seems like the fight is going on another level and soon there will be a lot see.