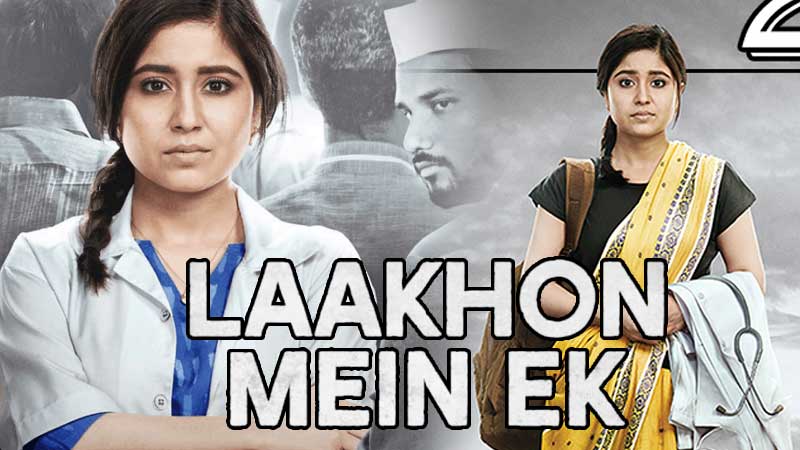 If you have watched Laakhon Mein Ek Season 1, you must be excited to watch Season 2. Biswa Kalyan Rath’s web series is an eye-opener and is definitely a must-watch. Amazon’s Prime Video collection has a lot of great options to watch and one of the hidden gems is the ‘Laakhon Mein Ek’ web series which is available in 2 seasons. If you are interested in watching a medical drama that not just deals with medicine, keep on reading to know more about this web series.

Directed by Abhishek Sengupta, Laakhon Mein Ek Season 2 revolves around a devoted junior doctor, Shreya Pathare (played by Shweta Tripathi). She tries to deal with the corrupt, power-hungry, and insensitive side of the medical profession.

The story involves a cataract camp that has been organized by the government just before the upcoming elections. However, the series is not just about medicines, but it also talks about class differences, gender politics, superstition, and ignorance together with insensitive media that are really some major issues happening in today’s society.

Biswa Kalyan Rath and co-writers Abhishek Sengupta and Hussain Haidry made their significant efforts through this modest but politically realistic 8-episode season. The series reminds us that the hero is not always the winner.

Where to Watch All the Episodes of Laakhon Mein Ek Season 2?

Here are the details of the lead cast and crew of Laakhon Mein Ek Season 2:

Can You Download All Episodes of Laakhon Mein Ek Season 2 for Free?

If you want to watch online or download all the episodes of Laakhon Mein Ek season 2, you can get the subscription of Amazon Prime where this Indian TV series was officially released. In case, you want to watch the full web series Laakhon Mein Ek season 2 for free, there are no options for that except for some torrent sites where the series has been leaked illegally.

Torrent sites like Tamilrockers, Moviesda, Gomovies, 1337x keep on leaking movies and TV series online on their platform for free and that’s why they are able to attract a lot of audiences. However, they are illegally working and these pirated sites whenever get traced by the government are banned and blocked. But to escape the ban, there are several proxy and mirror sites available on the internet that are working just in the same way as the main domain. The presence of pirated sites is causing a huge loss to the entertainment industry as they don’t get the revenue they deserve. Also, piracy is a criminal offense and can land you in jail if you get caught involved in downloading or uploading copyright-protected content illegally. Hence, it is always recommended to use the legal ways to watch and enjoy several web series that are available on Amazon Prime or other entertainment platforms.