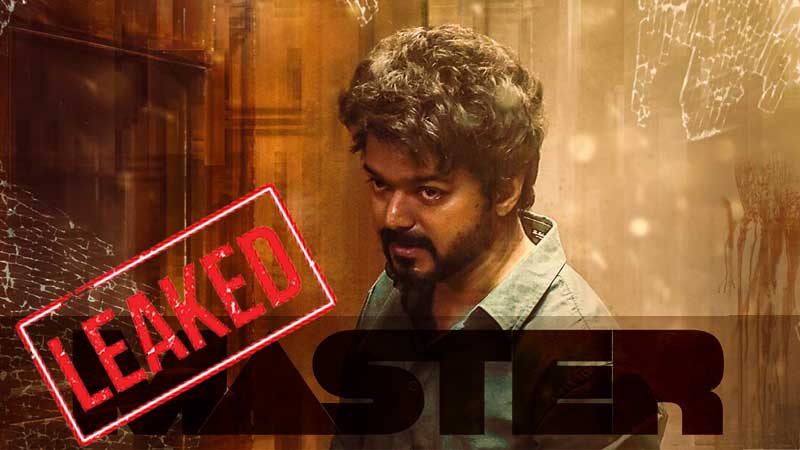 The much-awaited film of the year, Lokesh Kanagaraj’s Master starring Vijay and Vijay Sethupathi, was released on January 13. Undoubtedly, the film got a huge welcome with a great opening at the box office. Also, on every social media, ‘Master’ movie is receiving positive reviews by the fans and is considered the best gift on the auspicious occasion of Pongal.

The film has Vijay in a college professor role and he is receiving a lot of appreciation for his performance.

But in the middle of all the chaos, the Master full movie got leaked on TamilRockers, JioRockers, and other pirated websites.

The news came as a shock to everyone when the ‘Master’ movie within a few hours of its release got leaked online and was available for everyone to watch. Although it is not the first movie a big production movie got leaked, many Bollywood, Tollywood and Kollywood movies had been leaked online on the piracy sites such as Rajinikanth’s Darbar, Suriya’s Soorarai Pottru and many other such big films.

Before the film released, movie director Lokesh requested fans on Twitter to avoid sharing any such pirated content on social media. Have a look at the tweet from him:

‘Master’ movie has been produced by Xavier Britto, under XB Film Creators in collaboration with Seven Screen Studio; the film has been released in multiple languages like Tamil, Telugu, Kannada and in Hindi as Vijay: The Master. Along with Vijay, the film has Malavika Mohanan, Arjun Das, Andrea Jeremiah and Shanthanu Bhagyaraj in major roles.