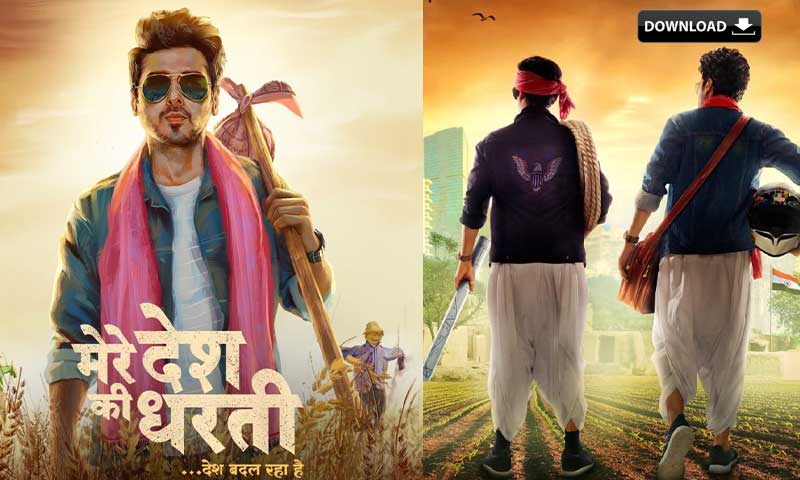 Desh Ki Dharti is a dramatic representation of rural India, shown by two engineers named Ajay(Divyenndu Sharma) and Sameer(Anant Vidhaat). The movie is directed by Faraz Haider and produced by Vaishali Sarwankar.

The movie was planned to be released in 2020 initially in the theaters, and after that on 11 February 2022, but due to the pandemic and the restrictions, the dates got delayed. Now, finally, the movie will hit the theaters on 6 May 2022.

To watch this movie that covers a journey of an engineer from urban India to ruler India, head out to the theaters and enjoy Mere Desh Ki Dharti!

Likewise, Ajay, son of a farmer, goes to study engineering in an unknown city. But, when he is pushed back from the city and wants to take some time for himself, he visits his homeland with a friend named Sameer and is disappointed with the conditions of his village. After being in a city, he is well acquainted with some people, has developed his own ideas and is aware of the world a bit. But, watching the degrading graph of his own village tears him apart, and he decides to release some pain from the shoulders of the farmers permanently.

The path that he will be walking on is not going to be easy, but what is easy in life anyway? And so, his journey of revolution starts with his friend for the ones who stay hungry to fill our stomachs, for the farmers.

To know how does Ajay start his revolution and what reforms does he bring, watch Mere Desh Ki Dharti in theaters now!

Where to Watch ‘Mere Desh Ki Dharti ’ Movie Online or Download It in HD Quality?

You can easily watch the movie, Mere Desh Ki Dharti in the theaters now. The bookings have started, check out your nearest best theater and get your tickets in advance.

You might be able to watch and download the movie online through Telegram, but that is illegal.

Here are the details of the cast and crew of the movie- ‘Mere Desh Ki Dharti ’. Just click on the following links, and you will know all the personal details about the participating actors of the movie.

Can You Watch or Download ‘Mere Desh Ki Dharti ’ Movie for Free?

To watch the movie Mere Desh Ki Dharti, just reach out to the movie theaters for your movie nights. Now, there is no need to search for any online platforms as the Government has eased out the restrictions that were brought in motion during covid. Just book your tickets through Bookmyshow in advance, to get the seats of your choice.

Book your tickets and head out to watch a humorously serious movie, Mere Desh Ki Dharti, that is based on reality.

WARNING ALERT: Beware of illegal websites, these websites can include some sites like-Filmyzilla, Filmyhit, mp4moviez, Dailymotion, Filmywap, Okjatt, Tamilrockers, worldfree4u, Downloadhub, Gomovies, etc. Using these illegal sources can be disastrous. And you will eventually end up paying a large sum of money to the police as a penalty. The consequences can also cost you daily police station visits or can extend till putting you behind the bars.

Use of access of any unofficial sites are banned as per the Government of India, these websites are responsible for violating the piracy laws. And so, if your IP address is traced, it will be blocked immediately, leading to lifetime unwanted punishments.

Furthermore, make sure to use a strong VPN in case you are using these sites and do not click on any suspicious looking websites, as you can end up being a victim of cyber crimes or can face data leakages on your device.