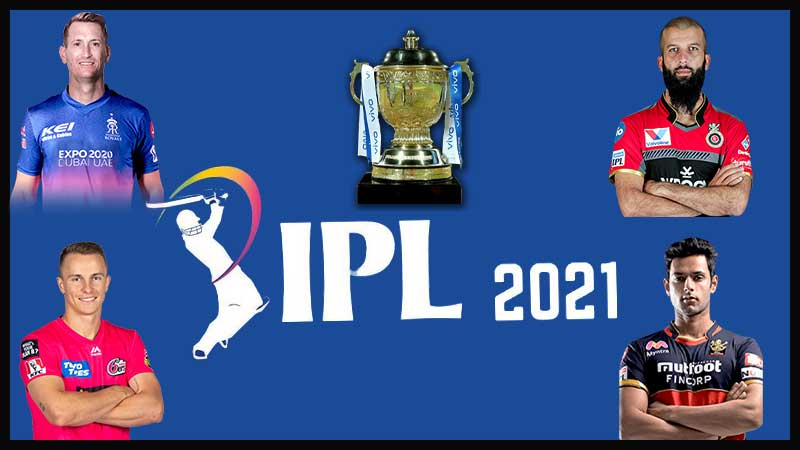 The annual IPL auction is a carnival thanks to the headlines it makes in terms of the high-ticket salaries handed out to the players. The tournament attracts the best of best overseas players with the contract fee being unmatched in the world. Not all big-ticket player purchases have helped the fortunes of their franchises. If IPL predictions and cricket pundits are to be believed most players who have got record paycheques have failed to live up to the expectations over the years. You can watch IPL by downloading live net TV app. Yet, every season fans anxiously wait to see which of the players have made the biggest news at the auctions. Here we look at the top 10 most expensive players bought at the IPL 2021 auction.

The South African all-rounder had represented four franchises since 2013 and hadn’t topped the billboards or made headlines barring few performances. He wasn’t the star in IPL predictions either overshadowed by bigger names he played along with.
When it came to the 2021 auction he broke all records to be bought by the Rajasthan Royals for ₹ 16.25 Crore making him the most expensive player in the history of this tournament. The Royals would want him to end their poor run in the tournament.

At 6’8″ Jamieson is one of the tallest bowlers in the world and surprised everyone and perhaps even himself to bag a ₹ 15 Crore contract with the Royal Challengers Bangalore. The Kiwi all-rounder who played for the Canterbury Kings in the Super Smash would have a lot to prove with the bat and the ball as RCB look for their first-ever title in this tournament.

Maxwell had a forgettable season in IPL 2020 with Punjab Kings (formerly Kings XI Punjab) and his presence in the squad was questioned. Punjab took the most obvious route and released him. RCB was quick to latch on to this opportunity and bought the hard-hitting all-rounder for ₹14.25 Crore after an intense bidding war with the Chennai Super Kings. They would expect Maxwell to add extra cushion to their star-studded batting line-up and increase their bowling options.

Consistent performances for the Australian side and playing the role of Perth Scorchers’ bowling spearhead was enough to convince the Punjab Kings’ talent scout to pick up Richardson in their squad. The young fast bowler wouldn’t have dreamed of going for ₹14 Crore but the young Aussie did bag the fat paycheque which would definitely add responsibility on his shoulder.

The Karnataka spinner had played three seasons in the IPL each with a different franchise – Mumbai Indians, Rajasthan Royals, and Kings XI Punjab. He had in all taken 13 wickets and scored 186 runs in his limited IPL appearances. In the 2021 auction, he grabbed the bragging rights for being the most expensive domestic player with Chennai Super Kings picking him up for ₹9.25 Crore.

A wonderful run with the Hobart Hurricanes for a couple of years has ensured that this Tasmania bowler was on the radar of scouts for some time now. As the Punjab Kings were looking to revamp their squad, they found the right death overs bowler in Meredith going all the way to pick him up for ₹8 Crore.

The English all-rounder never really lived up to the expectations playing for the Royal Challengers Bangalore. With the batting at RCB already being strong, there wasn’t much of a role for him and the franchise released him. Chennai Super Kings were more than happy to grab him for ₹7 Crore after the lack of a quality all-rounder hurt their campaign last season.

He hadn’t had much of a role to play for the Kolkata Knight Riders and the Rajasthan Royals whom he had represented in the past. Even an optimistic Curran wouldn’t have imagined being picked up for ₹5.25 Crore after being released by the Royals. But Delhi Capitals saw great value in Curran and picked him up at the auction.

Great performances in the domestic circuit don’t go unnoticed and this Tamil Nadu all-rounder is a perfect example of that. Punjab Kings who had been on a shopping spree in this year’s auction picked him up for ₹5.25 Crore much to the surprise of the pundits.

For two seasons Shivam Dube waited for his opportunity to perform sitting on the RCB bench in most games. The promising all-rounder didn’t always make it to the playing XI and hence it was a surprise to see him go for ₹4.40 Crore during the recent auction. The Rajasthan Royals would expect lots of runs and wickets from him this season.

The most expensive players have often failed to live up to the challenge and ended up being the butt of all jokes. It will be interesting to see how many of these players able to rule the charts this season while others end up as big money wasted for their franchises.