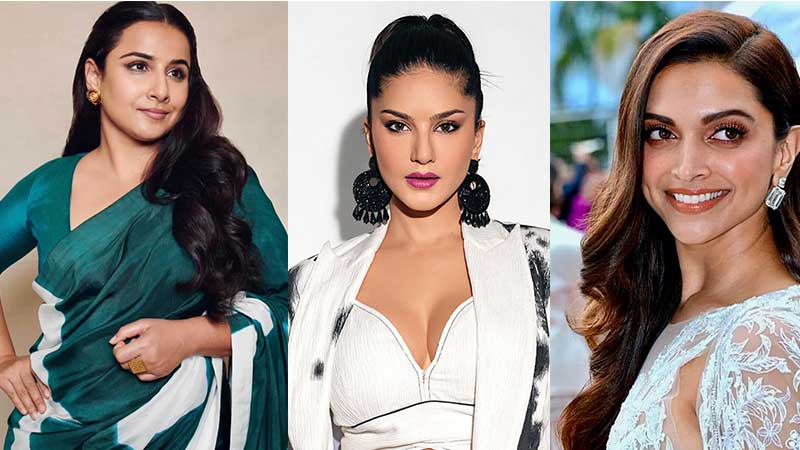 Exemplifying, do you know that Arjun Rampal promotes online roulette site in India? Shocked, right? He promotes an online poker site that is the first to be granted permission under ‘Nagaland Prohibition of Gaming and Promotion and Regulation of Online Skill Games Act 2016’.

Want to know more such interesting facts about Bollywood stars? Read the below write-up to find out.

Deepika Padukone is the first actress in Bollywood to have earned a place in the 500 crore club. She has become Bollywood’s highest-paid actress after a string of big films like Cocktail, Race 2, Goliyon Ki Raasleela Ram-Leela and Chennai Express. Another fascinating detail about this Bollywood actress is that she enjoys eating. We certainly can’t tell from her flawlessly formed model physique that the actress enjoys eating!

Vidya, who is regarded as one of the best actresses in Bollywood, had to work really hard to make it to the top. She was turned down by a Tamil producer, and her Malayalam film Charam, in which she starred with superstar Mohanlal, was also cancelled. Before the director chose Vidya as an actor, she had to go through 40 screen tests and 17 make-up shots.

Sunny Leone Is Linked With The Casino Industry!

Sunny Leone is very well-known in the gambling sector as well. In fact, she has her own slot machine called Bollywood Diva. On her Instagram account, she frequently posts about online casinos. Leone is also the brand ambassador for JeetWin Casino.

Sunit Dutt Was Once A Radio RJ

Sunil Dutt was a Radio Ceylon RJ and a big fan of Nargis. He was given the opportunity to interview his favourite celebrity Nargis, but Sunil Dutt became so anxious during the interview that he couldn’t say anything, and the session was terminated. They subsequently fell in love and married during filming for Mother India.

Farah Akhtar Has Been Part Of Hollywood Since 2004

Not many of you may be aware, but Farhan Akhtar debuted in Hollywood in 2004. According to sources, the actor wrote the songs for the popular film Bride And Prejudice, which also starred Aishwarya Rai. According to Javed Akhtar’s request, he teamed with his sister on the film’s tracks.

Kareen Kapoor had been to her husband, Saif Ali Khan’s first wedding. Bebo was only 10 years old when Saif got married to Amrita Singh.

Arjun Rampal Is A Brand Ambassador Of Online Gambling Site

Arjun Rampal, the actor renowned for his impressions in some most prevalent films such as Rock On and Rajneeti, is the PokerHigh brand ambassador. In India, this is a legal poker website. It is the first platform to be granted a poker licence under the ‘Nagaland Prohibition of Gaming and Promotion and Regulation of Online Skill Games Act 2016’.

According to him, after a long day, individuals search for small triumphs to make their way through boring working life, and PokerHigh is perfect for that. As a result, we may conclude that Arjun is marketing poker.

Kareena Kapoor’s Name Was Inspired From A Book

Kareena’s name was inspired by the book Anna Karenina, which Bebo’s mother was reading while she was expecting.

Dharmendra and Hema Malini’s love storey was blossoming during the time Sholay was being filmed, and Dharmendra bribed the light lads to make errors during the filming of romantic scenes with Hema Malini so that he could reshoot the intimate and passionate moments with her over and over.

When his first wife, Prakash Kaur, declined to divorce him, Dharmendra accepted Islam and became Dilawar Khan in order to marry his beloved, Hema Malini. However, he never practised Islam.

Aishwarya Rai Bachchan Is A Linguistic

Aishwarya Rai Bachchan is an accomplished linguist, including English and Hindi. She is fluent in six languages, not just one or two. As a South Indian, the beauty is fluent in Tulu and Tamil. She learned Marathi in school since she grew up in Maharashtra, and she also understands Bengali because she has played Bengali personalities in films such as Devdas and Raincoat. Another intriguing truth about Ash is that she was turned down for a TV serial translating job before she got famous.

Viewers may have previously seen Nawazuddin Siddiqui in a PokerStars commercial. The site has appointed the actor as an influencer and therefore,  he has appeared in three of their commercials.

He claimed in the promotional commercials that it has been a joy working with PokerStars and that he has joined forces with them since he has always been interested in them. He feels it has succeeded to strike a balance between continual possibilities to develop your expertise for mastering the game and simplicity.