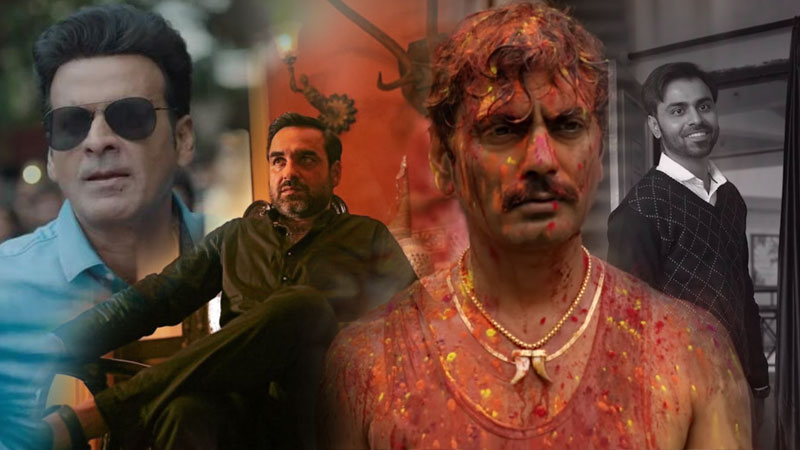 Before the introduction of Web series in India, the Indian film industry(Bollywood) and the television industry of India were the two separate leagues. Where Bollywood is known for producing content on the global level, the Indian cinema serves the local audiences. But everything has changed after the launch of Web series in India. It brings the new wave of fresh content to the audience with unique mediums.

The biggest advantage of watching the web series; you don’t need to stick to the same old content. The creators freely use this medium to provide amazingly new content and concept to the audience.

Web series are free from the censorship approval. However, the fight between makers and the censor board has been going on for a long time. Where the makers thought that their content shows the exact situation of the society and want to put it on the screen. On the other side, censors always try to put some restrictions that’s why the struggle between them is a never-ending process. But with the lack of censor board interference, makers on web series are free to show what they actually want. Hence, the web series is now very trendy among audience . So, here is a list of the top 13 must-watch Indian web series which you should check out.

Sacred Games is one of the first web series produced in India by Netflix. The stars like Saif Ali Khan, Nawazuddin Siddiqui and Radhika Apte acted superbly in it and proved the potential of Bollywood stars. Moreover, the duo of Anurag Kashyap and Vikramaditya Motwane took the command of direction and made it big with their talent. Sacred Games is the adoption from the Vikaram Chandra’s novel with the same name. The dialogue from this series KABHI KABHI TOH LAGTAA HAI APUN HI BHAGWAAN HAI has made a mark on social media and it becomes a great meme material.

Another Benchmark by Netflix in India is Mirzapur. This gang war drama where people aren’t afraid to cross their limits to secure power has everything you need. This web series starts entertaining you right from the first scene. This series spins around the character named Akhanda Tripathi played by Pankaj Tripathi and Guddu and Bablu Pandit, the two brothers. The duo of both entertains the audience throughout the show.

Made in Heaven has been made on a unique plot which shows India’s contradictory wedding desires that vary from couple to couple. This series is based on Delhi, it gives the inner view of the mentality of an Indian family regarding their wedding and children’s. The performances by the actors are up to the mark that helps to portray the storyline very well. Hence, if you are looking for something simple with a blend of romance and drama, Made in Heaven would be a great option for you.

Another Netflix creation with spine-tingling, tear-jerking and nerve-wracking concept which needs to be dealt with the ultimate care. It addresses 2012 gang-rape incident that shuddered the entire nation and viewpoint of the cops inspecting the case. This show has bravery, genius performances, and bold breakthroughs. Shefali Shah is the real performer in this show and shines with her acting,  also holds us to stick with the screen as DCP Vartika Chaturvedi.

It is a school kid-centric series which shows the actual emotions and feelings of an average boy from an average family. This web series convey the message in simple and plain words that summer is a festival for kids, not a season. This series definitely takes us to our school days where we used to hear cricket commentary on the radio, speaking on the phone, drinking Rooh Afza and playing WWF cards.

This series is based on a cute relationship of a cute couple. The genuine and new take on love flourishing between the two young lovers won the heart of many users.

When the actors like R. Madhavan and Amid Shad share the screen, it means you will definitely going to witness the amazing piece of entertainment. Likewise, Breathe won’t disappoint us, this web series gives you the dose of entertainment full of thriller, drama, and action.

This TVF’s creation is truly and sarcastically funny, also has a black and white touch. This bold series shows the life of an Engineer who is a victim of the bolted education system. Acting and dialogues by the lead actors are enough to stick with the show.

If you want to pursue your start-up idea and have decided to quit your job, this series should be on your watch list. This series is of four friends who quit their jobs and go for the startup without any financial security. Pursuing your dreams is not as easy as shown in the movies. This series has unique content that shows their real struggle, hardships, and traumas.

The Family Man is a sensitive action drama-packed series which spins around a middle-class man played by Manoj Bajpayee. However, he is a secret agent for the national investigation agency. The struggle between saving the country from a terrorist attack and at the same time fulfilling the family’s needs, the plot is not unique but the action and acting of the actors made it worth watching.

Kashmir’s beauty and stress between the borders have been utilized many times. Kaafir is also made on the same plot but with a slightly different touch. This series is based on a woman played by Dia Mirza, who accidentally crosses the border and is declared as a militant. Even being the innocent she put behind the bars for eight years and there she also gives birth to a child. When she gives up all her hopes of returning home, a lawyer turned journalist Vedant Rathod played by Mohit Raina, decides to wear the coat and fight for her justice.

This series is about four women who feel unfit for society but learn to deal with all the norms of society and insecurities.

This is Amazon’s first project to take an interest in the Indian web series audience. It is based on cricket, which is the most favorite sport of every Indian. The power-packed performance by actors like Richa Chadha, Sanjay Suri, Vivek Oberoi, Angad Bedi, Siddhanth Chaturvedi, and Sayani Gupta made it worth watching.