5 Movies That Were Made into Video Games and Their Reviews 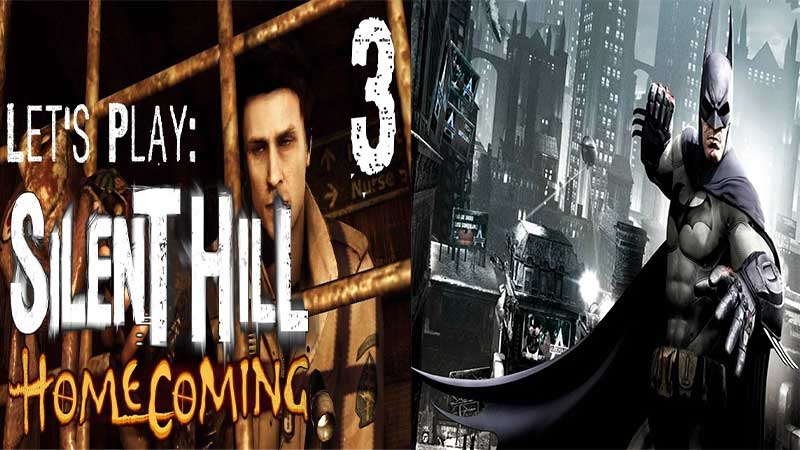 Intro: Movies are often adapted into video games and vice versa. Here we’ll look at some of the better-known examples and see how well they translated (or didn’t). Sometimes the movies make great video games, like “The Lord of the Rings” trilogy, while other times they’re just plain awful, like “Alone in the Dark.” Regardless, it’s always interesting to see how each medium handles the material. So, without further ado, let’s dive into some movie-based video games!

Based on the movie the Blair witch project, it is a First-person gameplay game, just like Doom. However, unlike other first-person shooters, it has no HUD, no crosshair, and no ammunition counter, but you can use a camcorder to see in front of you. You hear noises from the static on your camera as enemies approach. You can use your camera to see in the dark, and some monsters leave glowing trails on the floor, making them somewhat easier to spot. However, this game does not hold your hand; you must play it WITH NOTES AND A MAP. There is no lighting or sound effects for walking/running either, so listening carefully is critical. It adds a lot of tension to the game, but it may be frustrating for some. There are no weapons in this game, so sometimes, you must run and hide from monsters instead of fighting them. The developers wanted the player characters to be unarmed and defenseless to add more fear and suspense to the title. Download this movie-based game from The PirateBay to play your scars.

The Matrix Online is a game that brings back fond memories for me. The graphics were beautiful and on par with the quality of the first film. Opening lobby scenes present you with stunning vistas of Zion, including some friendly faces like Link (from “The Matrix ” animated series and the second and third films). The gameplay is similar to other MMOs, with quests and faction warfare. It was released in 2005 at the same time as “The Matrix: Revolutions”, so it came to a close when the trilogy ended that year. Even today, players can still play this game (for free) on private servers such as “The Ascension”. The Matrix: Path of Neo is an excellent example of a movie-based video game done right. It takes bits and pieces from the film series and weaves them into an intriguing story about saving Zion. The combat is fun, with varying difficulty levels (similar to God of War).

Silent Hill: Homecoming takes the player into a world full of psychological thrills, complete with fights against disfigured nurses and humanoid pyramids. The protagonist is Alex Shepherd, who returns home to discover that his brother is in trouble with the local Alchemilla Hospital. Throughout the game, he faces off against monsters (and his mental fears) to uncover the truth about his family’s past and rescue his brother. The game is best known for its excellent graphics, particularly with lighting effects, lush environments, realistic character models, and detailed facial animations.

You play as Geralt of Rivia, a professional monster slayer. The game’s plot is non-linear, and the main storyline can be completed at your leisure, though there are some specific plot points that you must meet to finish the journey. To do this, you must use your combat skills (and magic spells) against enemies such as wraiths, wolves, harpies, barghests, and fiends. You can also traverse several small islands on foot or by boat as you track down the evil sorcerer who kidnapped your beloved. The popular fantasy adventure game has garnered widespread acclaim and is known for its impressive graphics, detailed character development and storyline, and rich mythology. It features Geralt of Rivia as the protagonist, and his life is full of intrigue and danger. He must use his fighting skills to battle various enemies with otherworldly powers, including mages, undead creatures, and more.

Based on the movie but more adapted to make sense with the video game. For example, Bane is not using Venom in the game but instead relies on his brute strength or “brawn.” Arkham City builds upon its predecessor by introducing new gadgets for Batman to use against enemies, including the remote claw, which you can use to grapple onto foes and pull them towards you for close-range combat.

Batman’s other gadgets include the explosive gel that you can use to create ways of getting around, a cryptographic sequencer that can hack into consoles and computers, and smoke pellets that allow Batman to escape his enemies. Ark ham City also includes side quests where Batman can rescue hostages or solve crimes. The side quests are an exciting deviation from the main story, but they, unfortunately, don’t amount to much. None of them are particularly difficult or rewarding, which is their biggest fault. They also don’t do much in terms of giving us a reason to care about them.

Play a game with the background story of a movie you love, except you play the hero now, and focus on the game. In conclusion, you can play these games on the 360 and PS3. It’s a different experience when you are playing the characters instead of simply watching the movies , the levels are tricky, and the bosses are extra powerful. Never forget that you’re playing a video game, not watching a movie. Also, watch out for the death traps.