Top 3 Most Popular Sports in India 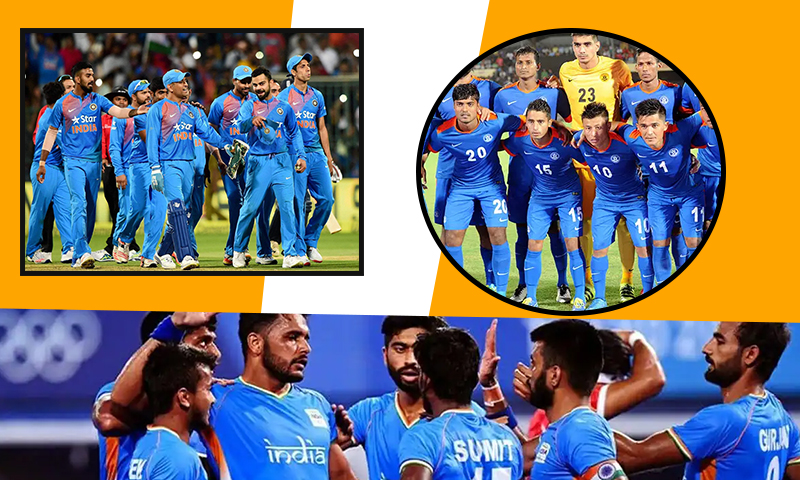 The British Empire had a big influence on sports in India. All-time favorite games in India are as well Great Britain’s favorite sports. Cricket, football, field hockey, horse racing are very appreciated in India. Those are team sports, with lots of supporters, involving a sports industry. Nothing is more gratifying than your team winning the game and enjoying the victory with friends. These are the most popular sports in India!

1. Cricket- The Most Popular Sport of All Time

Cricket is, without a doubt, the king sport in India. India won two Cricket World Cups, the first one back in 1983 and the second one in 2011. The team is getting better every year. India played its first T201 series of 2020. In 2021, India played the ICC World Test Championship Final against New Zealand but lost by 8 wickets. Also, this year, the team went on to play an away series against England. India led the series 2-1, but the fifth test was canceled due to the pandemic situation. The last convincing win by India took place this 19 November. It happened 2ND T20I – India versus New Zealand 2021, at JSCA International Stadium Complex. Rohit Shama and KL Rahul fought to ensure India secured the series.

Cricketers are one of the most important personalities in the country. Every Indian knows about Virat Kohli- the captain of the Indian National Cricket Team. Virat is highly rated because he can play all game formats. Rohit Sharma and Jasprit Bumrah are more than players, they are superstars. Sporting channels telecast and promote cricket matches because the player’s popularity is huge. This cricket team is more talented with every passing generation.

There are three cricket first-class competitions in India

The horse racing industry in India is hundreds of years old. Is the best-rated sport at Indian bookmakers. Horse racing is a hobby as popular and fun as gambling at online casinos in rupees. India has both pool betting and traditional bookmakers too, and Indians love to bet on horses. It is a high society sport whose popularity has crossed the boundaries of social barriers. Today, India has a very well-established racing and breeding industry. This is important for the Indian economy because the equestrian field is expanding. At this point, there are nine racetracks managed by six racing authorities.

Racing is restricted to Indian-bred racehorses. India imported stallions from all over the world. India takes the racing industry very seriously.

One of the best horse trainers is Rashid Byramji. He trained the best-rated horses in India, Elusive Pimpernel and Squanderer. Elusive Pimpernel has 22 of 23 stars, with extraordinary potential. In 2021 flat winners include Espouse and Ever Present for Jessica Harrington. Jockeys Antony Raj S, P. S. Chouhan, Akshay Kumar had the best performance this year.

In 2021 racing faces a loss of revenue thanks to 28% Goods and Services Tax Rate. The racing clubs face huge revenue losses. Is a difficult time for horse racing, but the Indians’ appreciation for this sport is still at a high level.

Football is crucial for Indian people. The Senior Men’s National Team was one of the best teams in Asia, between the 1950s and 1960s. The Blue Tigers won The Asian Games Gold in 1951.

The team did not have a great period in the international competition this year. Still, the supporters are true. The major goal for 2021 was qualification for the 2022 World Cup. Qatar will represent Asia, being the only team qualified for the 2022 World Cup final, as a host nation. India had the highest position gained since the 2002 qualification. Also, India has a guaranteed place in the third round of qualifiers for the 2023 AFC Asian Cup.

The best-rated Indian football player is Sunil Chhetri, with 68 ratings in FIFA 22. He is now playing for Bengaluru FC as a Striker (ST).

For the Indian people, sports betting is more than a hobby, it is a religion. Indians support their favorite team with passion and love. Most popular sports in India gather lots of people even if the team is not the best one in the league. Believe in your team, no matter what, and always bet on its chance!