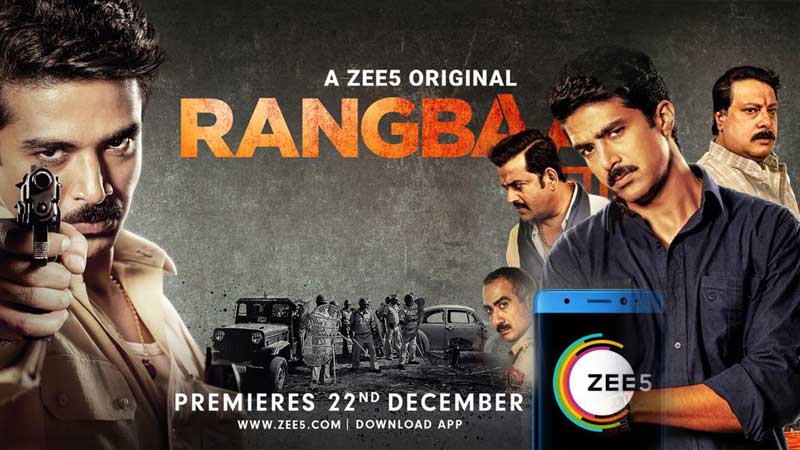 Indian web series are fun to watch and there are a lot of them available to watch on various OTT platforms. Series like Mirzapur, Sacred Games, Special Ops, Aarya, etc., are slowly replacing movies as they last long, and we get to see some fresh and unique content. If you are into watching action and crime movies or series, there are a lot of great options for you to watch; one of them is Rangbaaz web series released by Zee5. If you haven’t watched it yet, this guide is enough to make you start watching it right now.

Rangbaaz, is a ZEE5 original web series based in Gorakhpur city in the 1990s. The story revolves around Shiv Prakash Shukla, (played by Saqib Saleem), who is a regular college-going kid. Everything changes for him just after one fateful night

Surprisingly, Rangbaaz is based on the true story of Shri Prakash Shukla who was a notorious gangster and the most wanted criminal of Gorakhpur, Uttar Pradesh. Played by Saqib Saleem, the story revolves around his journey from a DDU student to becoming the second most wanted criminal in India.

The series was so much loved by the audience that the makers even came back with season 2 titled ‘Rangbaaz Phir Se’ and even season 3 is also live on Zee5.

Where to Watch All the Episodes of Rangbaaz Season 1?

Cast and Crew of Rangbaaz Season 1

Here are the details of the lead cast and crew of Rangbaaz Season 1:

Can You Download All Episodes of Rangbaaz Season 1 for Free?

You can watch all the episodes of Rangbaaz Season 1 exclusively on Zee5 where it was officially released in 2018. Zee5 has an unlimited collection of movies, shows and web series that you can watch online by getting the subscription at Rs.499 per year. You can also watch all the Zee TV shows with an offline viewing feature.

If you are thinking of watching all the episodes of Rangbaaz Season 1 for free, then there is no way for that except for some torrent sites that are offering the episodes for free download. On these sites, you can watch full episodes of Rangbaaz web series for free or download them for offline viewing. However, such sites are offering pirated copies of movies and web series, hence operating illegally. Sites like Moviesda, Gomovies, Putlocker, and 9xmovies are actively involved in uploading leaked copies of movies and web series in HD quality; however, these sites keep on getting banned from time to time by the government whenever they get traced. Also, as per the copyright law, there is severe punishment for not being involved in promoting piracy and the person who is found involved in infringing copyright policy will be liable for facing jail term as well charges.