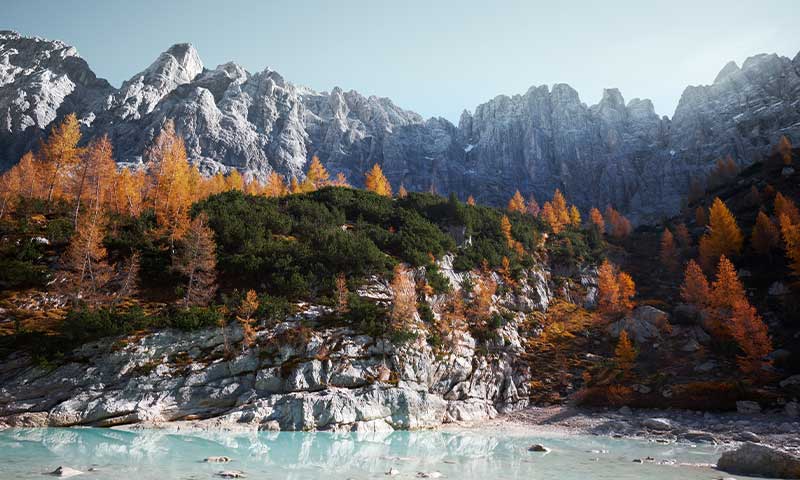 I am an avid hiker and have been trying to conquer the majority of India’s most challenging trekking routes over the last several years. It was the Kuari trek that was among the treks that I had not been able to complete due to the pandemic, and subsequent lockdown had disrupted any travel plans. Since the state borders have been opened up, I’ve been searching for trekking tours. I came across some favorable reviews about Thrillophilia online, which brought me to this particular trip. The package seemed to offer the most basic amenities, including guides, transfers, and accommodations, and the prices were less than those that are offered by other travel websites and travel agencies.

I chose to make my trip with the team. It was a 6-day and 5 nights package, the total, beginning at Haridwar. I reached the city early to rest and get ready for the long drive the following day. Our trek started early the next morning. The location of our rendezvous was agreed upon by the trek group, and I and I made it to the spot at the time I was supposed to meet two other trekkers who were traveling along with me.

We met with our driver at around 06.30 at dawn and started the first part of our journey to Joshimath. Our driver was very helpful, and he navigated the mountain roads quite well. The road was on the long side; however, the breathtaking views we encountered on the way made it very worthwhile. We would stop at times to eat a light dinner or two. It was getting late when we got to Joshimath. We had a bite to eat in the restaurant we stopped at and then had a late night. The next day we got up early.

It was very frigid, and we put on several layers of clothing before beginning our journey to Dhak. Dhak is a charming tiny village that is close to Joshimath. It was used as a base camp during the Kuari Pass trek. The trek leader was waiting for us at the site and several others who were to join the trek group. From Dhak, we began our first trek on foot toward Gulling. The climb was 5 km long and a bit difficult to climb.

The road winds through several grasslands. The more you ascend, the more views you will get of the mountains that surround you. We often stopped to snap some photos, but we were not willing to let the views fade away. It was already late at night when we reached the campsite. We were served fresh hot food freshly prepared that helped ease the cold. The group enjoyed some time in the open air, talking and getting acquainted with each other, but we were tired of keeping going and decided to go to bed early nevertheless.

The following day, we began the next step of our trek, which included a five-kilometer climb to a more elevated campsite. The route to Camp was steeper than the previous portion, but it was also more beautiful. We passed through extremely dense woodlands of oak and rhododendrons. A few of which were blooming and gorgeous. We stopped at a few stops along the way and arrived at our campsite in less than six hours. Our Camp was situated in one of the most beautiful places. It was at the center of a clearing.

And because the weather is generally more clear during winter, it was a perfect opportunity to catch a completely obstructed view of the mountains surrounding. We stayed for a second night in camp tents. The fourth day was the best of the trip, which was the trek up to Kuari Pass. We ate a big breakfast and got ready for the hike. The entire experience took approximately 7 hours; however, the duration is dependent on the weather and speed of climbers. The initial part of the climb was slowly climbing.

We traversed an icy meadow until we reached the Khullar summit. There, we stopped to admire the damaged bridge that was damaged that has a frozen river that is a major attraction in the region. After taking a few pictures before heading towards the much-anticipated Kuari Pass. The climb to Kuari Pass was pretty strenuous and required the most experienced of us.

When we finally reached the summit, however, the effort was definitely worth it. We were able to see stunning images of some of Nepal’s highest mountain ranges, such as those of Nanda Devi Parvati and Kedarnath. The journey back was pretty much the same path. We stayed the night in Camp and then headed back to Gulling and later Dhak.

From Joshimath, we were transferred back to Haridwar, which is where I made the choice that I would extend the duration of my travel for a little. I was very pleased with the trip. Take a look at the Reviews on Thrillophilia on Trustpilot to find out more about Sri Lanka packages. The facilities were all well-maintained, including the camping area, the food, and even the trekking equipment. Our guide on the trek was a joy to spend time with.

He was not only extremely accommodating to the needs of everyone and requests but also always available with a fascinating story concerning the regional culture as well as the region. I’m anticipating my next trip with the group. Check out the reviews of Thrillophilia on Flibari for Srilanka travel packages to find out more about this trip and book a trip with us for unforgettable memories.