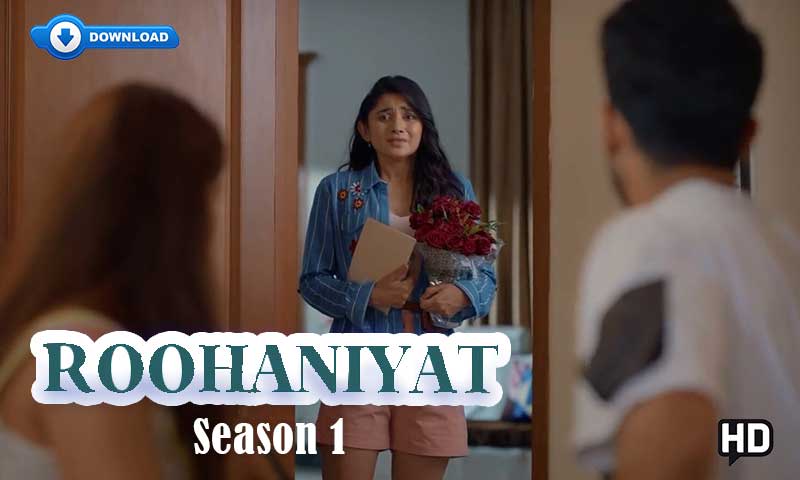 Roohaniyat is the latest Indian web series of MX Player that was released with its first season on the 23rd of March 2022. The genre of the series is mainly romance and mystery for U/A  16+ audience types.

The series includes 13 total episodes which were released on the MX Player app itself and can be watched here for free. The web series is directed by Glen Barretto and Ankush Mohla and written by Shilpa Choubey and Sushil Choubey. To watch this series with demand by the fans for a season 2 already, go to MX Player and enjoy streaming!

The show follows the story of Saveer Rathod (Arjun Bijlani) who requests his fiancé Ishanvi (Yuvika Chaudhary) to not surprise him on his birthday, as he hates being surprised. What happens next is instead the shock of his life, which leaves him devastated, confused, and in mourning. He didn’t believe in the idea of a ‘forever’. ‘Forever is a lie’, he says. However, 19-year-old Prisha opposes his thought, even after her previous relationship left her heartbroken. As their paths cross, Prisha falls in love with Saveer, but there are secrets that she is unaware of. With twists and turns awaiting Saveer and Prisha’s life and their relationship becomes the plot of the series. There is already a demand for the second season of the show. As per the reviews, the start of the episodes keeps you hooked to the story, so if you are looking for something similar for yourself, then go ahead and start streaming now!

You can watch the trailer of the series on YouTube.

Here’s the Star Cast of Roohaniyat

You can watch the full series of Roohaniyat season 2 and season1 free of cost on the MX Player’s official website or app. You don’t even need to have an account in order to watch the episodes. For your ease, I am attaching the link for the episodes individually below.

Can You Download All the Episodes of Roohaniyat Season 1 for Free?

Yes, you can watch the web series Roohaniyat for free from the official site or app of MX Player. All the episodes are available there along with the subtitles.

The series is also available on illegal sites like Torrent, FilmyZilla, 123MKV, DownloadHub, FilmyWap, Tamilblaster, kuttymovies etc. but we advise you to avoid visiting or using such websites.