Know Where to Download and Watch All the 4 Episodes of Special Ops 1.5 Season 1 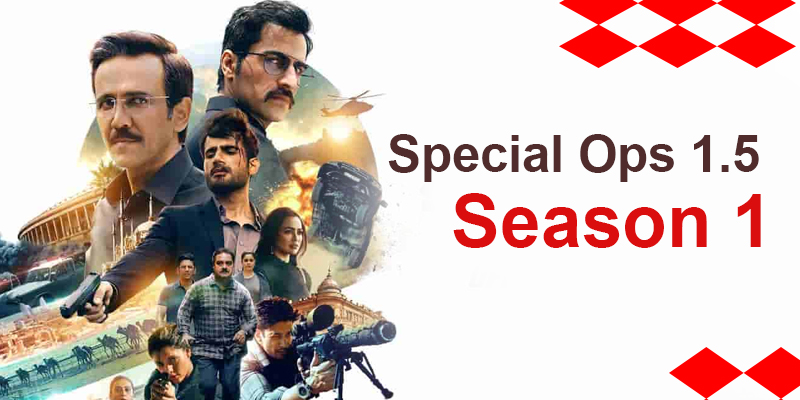 If you are looking for a binge worthy series to watch this weekend, ‘Special Ops 1.5’ is the new season of Neeraj Pandey’s ‘Special Ops’ series. From taut script, sharp plot, amazing performances and engaging screenplay, Special Ops 1.5 has all the elements that makes the series a must-watch.

‘Special Ops 1.5: The Himmat Story’ is almost similar to the first season. The season starts with flashbacks, with Delhi Police officer Abbas Sheikh narrating Himmat’s interaction with Government officials Chaddha and Banerjee. This will take you back to the time of the day the Parliament Attack happened in 2001. This follows another case, where Maninder, an ex-Raw agent, has some critical information that could be a threat to the nation’s security. The series is about Himmat’s race to become the best RAW agent and to stop Maninder from becoming a threat to the country’s security.

Where to Watch All the Episodes of Special Ops Season 1?

Special Ops 1.5 Season 1 has been officially released on Disney+ Hotstar and the web series has a total of 4 episodes. Here are the links to download and watch the Special Ops 1.5 web series:

Here are the details of the lead cast and crew of Special Ops 1.5 Season 1:

Can You Watch or Download Special Ops 1.5 Season 1 for Free?

Also, as per the Cinematograph Act of 2019, anyone who is found involved in piracy or is caught downloading or providing copyrighted content is liable to face legal repercussions. As per the Copyright protection act, anyone who is caught recording or leaking the film or web series without the prior consent of the makers is liable to face a jail term of 3 years with a fine of Rs 10 lakhs.

Disclaimer- We do not promote or endorse piracy in any way and neither encourage our users to go illegal ways to download or watch their favorite movie. All the readers are advised to use legal ways to watch any sort of copyrighted content.