Entertainment » Top 10 » Hard-Work and Struggle: The True Stories of Bollywood

Hard-Work and Struggle: The True Stories of Bollywood 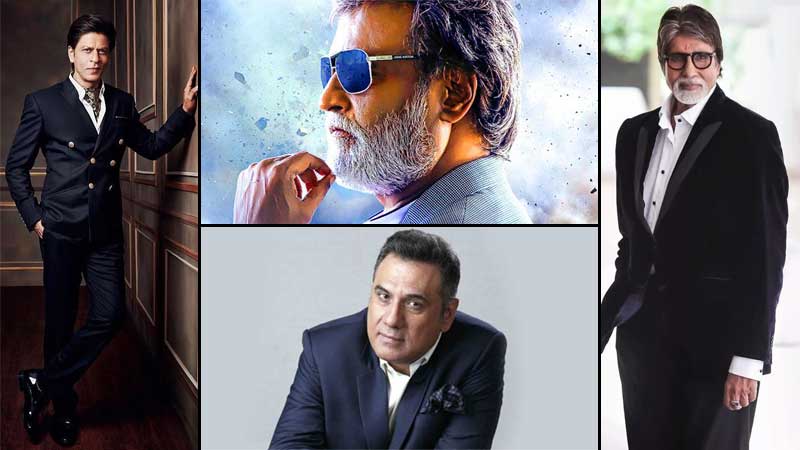 The lavish and glamorous lifestyle of Bollywood has many stories that are under its covers, but they are now forgotten by us. If you are looking for inspiration to achieve big, B-Town is the best place to find heart-wrenching stories of struggle and hard work. Not all celebrities were born with a crown on their head; most of them have achieved name and fame with their drops of blood and sweat. For us, acting is the highest paid profession, but very little we know is; you need to pay a very high price to earn bigger. Not all stars were born rich, even the biggest of all. Here we are sharing the few inspirational star-stories, so read all of those to not miss out on the dose of inspiration.

The Big B of Bollywood has a charisma that is hard to avoid; it is not the glow of wealth but the shine of hard work. He hasn’t got everything as ancestral property but has burned in the fire of hard work and struggle. He has worked fingers to the bone to achieve the matchless heights of success. Before stepping the foot into Bollywood, he was a regular employee of a shipping company. I am sure no one would have thought that this 6’0 foot tall guy will attain even higher success. It said that he had given his first hit after 14 flops. Usually, people were given after one flop or two, but surviving in the industry even after this many flop is not the sign of good luck but the evidence of his hard work. AB was earned name and fame in early 1970 from movies like ‘Zanjeer’, ‘Deewaar’, and ‘Sholay’. On this date, he holds the greatest of honors like Padma Vibhushan, Padma Bhushan, Padma Shri, President of India “Medallion of Honour”. Beating is stardom is next to impossible things for the current and future stars. Till the date, he has won almost fifteen Filmfare awards. Every movie of Amitabh Ji sets a new milestone for other actors. Not only a fantabulous actor, but he is also a great playback singer, film producer, and television host.  He has completed his high-school from Sherwood College, Nainital and then studied at Kirori Mal College, Delhi University. The journey of Amitabh Bachchan makes him truly the “Shehanshah” of Bollywood.

Shahrukh Khan-the king of romance and Baadshah of B-Town has a story of struggle that can wet your eyes. The king was not born the way he is now; he has worked as a concert attendant, sold tickets for shows, and started a restaurant that failed miserably. He came to Mumbai with rupees 1500 and dreams in his eyes. He even slept at railway platforms in the early days. Even SRK said once that, “I have seen a lot of poverty. I was scared of being poor. I don’t like to be poor and it is this fear that makes me work hard. I don’t let go of any chance or opportunity to earn a living.”  He started acting as a hobby then acted in stage plays and get noticed by people for his imitation skills. SRK is not only a great actor but also most popular, stylish and influential people across the world, but this popularity has not come with ease as he was rejected for his disheveled looks, however, he never paid attention to such comments and worked with all his spirit and soul and achieved the success that half of the population imagine of having.

Sir Rajnikanth aka Shivaji Rao Gaekwad, is a god-like figure for entire India, especially for the people of South India. But this extra-ordinary figure was never this popular. He has struggled in dire straits. We have worked as a carpenter, coolie, bus-conductor, and have done many other low-paid jobs. Success never comes easy and the stardom he holds today is the fruit of his untiring hard work. With awards like Padma Bhushan, Padma Vibhushan, Centenary Award for Indian Film Personality of the Year, etc, he has proved that God gives the throne to the deserving.

He started his journey with the Madras Film institute in 1973. The debut of his career was Balachander’s Tamil drama ‘Apoorva Raagangal’ (1975). From antagonist to a super-being, Rajnikanth has nailed every role with his remarkable acting skills.

Boman Irani is one of the most versatile actors of the B-town. Despite being a late succeeder, he got what he deserves. His struggle-story is truly an inspiration for those who think life doesn’t give opportunities to common people. He is a successful actor and a commendable comedian, but before this, he used to work as waiter and room-service staff in the Taj Hotel of Mumbai. But, in 2003 Munna Bhai MBBS, helped him to earn the fate that belongs to him. He is not only an amazing actor but as a theatre actor, voice artist and photographer of Parsi Irani descent. From villainy to comedy, Boman has aced it all.  Some of his hits like ‘Don’, ‘Munna Bhai MBBS’, ‘3 Idiots’, ‘Happy New Year’, ‘PK’ and ‘Dilwale’, made it huge on box-office. Boman was dyslexic and had ADHD as well as lisp but nothing stopped him from achieving his goals. Hard work can indeed melt all stumbling blocks and create a path that leads to definite success.

Our Khiladi star aka Akshay Kumar has set the new parameters of success. He has worked as the chef and waiter. He is one of the fittest actors of the industry, not only the fittest but he is also the most disciplined hero. With expertise in martial arts and stunts, he holds the flexibility that most of the other people imagine about. With the title of “Indian Jackie Chan”, Akshay has won many hearts with his powerful action sequences of movies. He started his acting career in 1990 and gave a memorable performance in the Khiladi series and thus the word “Khiladi” became the identity of Akshay. Some other movies like ‘Mohra’, ‘Main Khiladi Tu Anari’, ‘Sapoot’ and ‘Angaaray’, made a huge hit on the box office. From drama, comic, romance to action, he has done everything with perfection. The two most out of the box films of Akshay’s career were “Janwar” and “Sangharsh”. Akshay has given him after hits like ‘Dhadkan’, ‘Andaaz’ and ‘Namastey London’, comedy films like ‘Hera Pheri’, ‘Mujhse Shaadi Karogi’, ‘Garam Masala’, ‘Bhagam Bhag’ and ‘Singh Is Kinng’. Then, drama films like ‘Waqt’ and ‘Bhool Bhulaiyaa’; were all gained praise and money at the same time. He is known to do the maximum number of movies in a year. The story of his struggle phase has made him the ideal of many.

The person that has given a new definition to the comedy is none other than Johny lever. His comic timings, face expressions, and body language; everything about his acting made us laugh our lungs out. But, a very few of us know that he is only seventh grade passed. He couldn’t complete his studies due to poor financial conditions, and the state of poverty made him sell pen on the streets. He has also worked with Hindustan Lever from where he got the title “lever”. From stand-up comedy shows to blockbuster movies, the actor deserves a pat on the back for his hard work and dedication. We can learn from him how to make impossible, possible with your efforts and skills.

Nawazuddin Siddiqui is an actor that has aced all the characters he has performed to date. But his struggle was not only painful but it lasted for quite a long time. It took him several years to make a name in the industry. He is from a very Budhana, a small town, and a tehsil in Muzaffarnagar district, Uttar Pradesh, – but his dreams were much bigger than the place he used to live in. He was aware of the fact the journey he has chosen won’t be easy and he may lose everything in the end, but he never gave up.  And, this zest of achieving goals, has fetched success on his feet. He started as chemist—worked as a watchman and then a junior artist, and today he is a renowned name of the Industry. Nawazuddin Siddiqui first appeared in “Sarfarosh” but the role was very small to consider. Then, he acted in Ram Gopal Varma’s ‘Shool’,’ Jungle’; and Rajkumar Hirani’s ‘Munnabhai MBBS’. And, he has played some of the iconic roles in Gangs of Wasseypur (part 1 and part 2), Bajrangi Bhaijaan, Manto and Babumoshai Bandookbaaz.