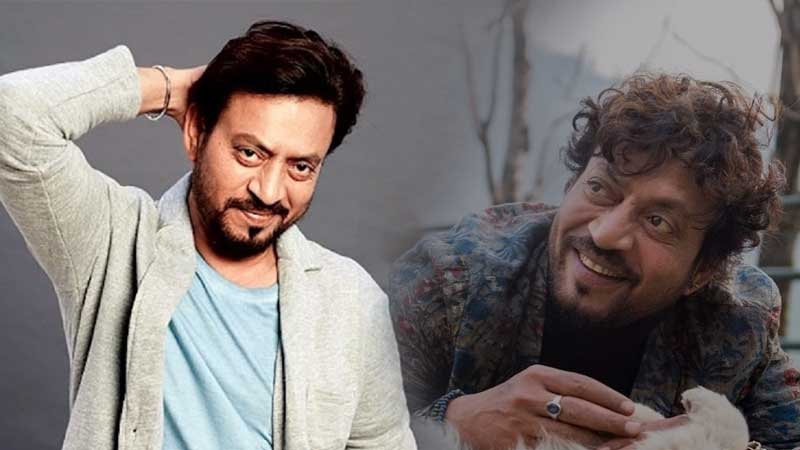 The sudden demise of actor irrfan khan has saddened the entire nation. The legendary actor has given terrific performances in movies like Hindi Medium, Angrezi Medium and Maqbool, and more. He passed away on Wednesday, 24 April 2020. The actor was not being well for a long period of time; he was diagnosed with neuroendocrine tumor back in 2018 and last week he was hospitalized and admitted to the ICU of Kokilaben Dhirubhai Ambani Hospital where he got diagnosed with colon infection, which unfortunately became the reason for his death. 2020 can’t be worse. We have lost a gem who aced the acting industry with his skills and talent.

The actor’s spokesperson said “It’s saddening that this day, we have to bring forward the news of him passing away. Irrfan was a strong soul, someone who fought till the very end and always inspired everyone who came close to him,”. He added, “Surrounded by his love, his family for whom he most cared about, he left for heavenly abode, leaving behind truly a legacy of his own.”

His sons Babil and Ayan performed his last rites. The mourning family said “Irrfan was buried at the Versova kabrastan in Mumbai at 3 pm this afternoon soon after the news of his passing away was announced. In presence were his family, close relatives, and friends. Everyone paid their final respects and mourned the loss of his passing away. We pray for his peace and we hope he’s in a better place today. He was strong in his fight, and we all have to be strong.”

The entire nation is crying its heart out because of losing not only a great actor but an inspiring personality. His modesty and integrity were always praised by his fans, his fellow actors, politicians, and every citizen of the nation who knows his even a bit.

Our honorable prime minister has expressed his grief and sadness on Twitter. He lately tweeted Indian prime minister Narendra Modi said that Khan’s demise was “a loss to the world of cinema and theatre. He will be remembered for his versatile performances across different mediums. My thoughts are with his family, friends, and admirers. May his soul rest in peace.”

Amitabh Bachchan who worked with him in the  blockbuster like Piku left a note:

“An incredible talent, a gracious colleague, a prolific contributor to the world of cinema … left us too soon,”

Priyanka Chopra has tweeted: “The charisma you brought to everything you did was pure magic,”. Your talent forged the way for so many in so many avenues. You inspired so many of us. Irrfan Khan, you will truly be missed. Condolences to the family.”

Congress leader Rahul Gandhi has also come forward and described Khan as a “versatile and talented actor” and he would be “greatly missed”. The Delhi CM Arvind Kejriwal has called him “one of the most exceptional actors of our time.”

In his interview with The Guardian, back in  2013, he state that“I always object to the word Bollywood,” “I don’t think it’s fair to have that name. Because that industry has its own technique, its own way of making films that has nothing to do with aping Hollywood. It originates in Parsi theatre.” He also said “I came into this industry to tell stories and do cinema and I was stuck in television,”

Khan was an outsider for industry and make his name and fame with all his hard work, dedication, and talent. And his passion for acting brought his name overseas and made him famous internationally. He was born in 1966 in Jaipur and was named as Saahabzaade Irfan Ali Khan. His father was a tire-seller. He wanted to become a cricketer but after failing at it, he joined a drama school. His struggle story is quite long and painful, but eventually his fruit of patience’ riped and he got what he deserved; a place in our hearts.

Irfan has left a void in the industry and that can’t be filled for years. He will be truly missed and his death has wrenched our hearts. May his pure soul find peace and rest in heaven.