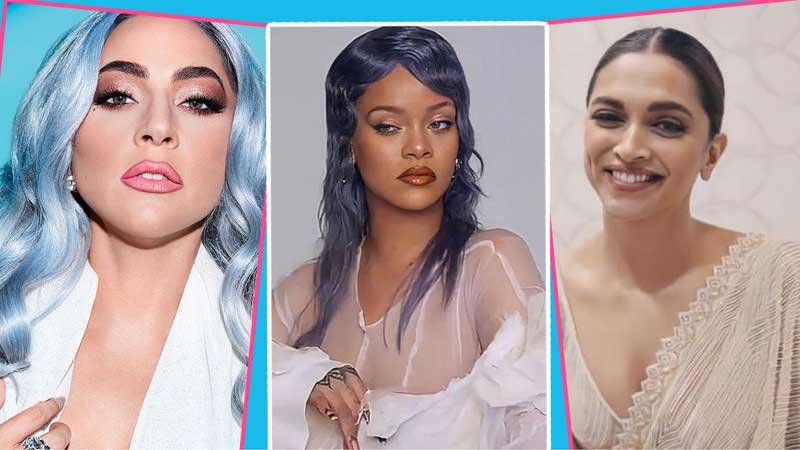 Times are changing and a clear example of this is; women ruling everywhere. Gone are the days when women were considered weak and unsuitable for prominent positions. Now, you will see women holding power in their hands. With that being said, here we are to tell you about the most popular women in the world. The list has been prepared, keeping in mind their popularity on the internet, their achievements, and so on.

undoubtedly, one of the most popular women, Oprah Winfrey has a lot of achievements in her name. Apart from being titled as the richest African American of the 20th century:

Rihanna, another popular name in the world, a singer, an actress, and a businesswoman, became a worldwide star in the early 21st century. She is mainly known for her distinctive and versatile voice and her fashion sense is always the talk of the town. Here are some top achievements of the Barbadian singer:

Officially known as Stefani Joanne Angelina Germanotta, Lady Gaga is an American singer, songwriter, plus actress. She is really popular for her image reinventions, and the versatility she offers in her music.  She has been performing at open mic nights since her teenage days and even did some acting in her school plays; have a look at some facts that make Lady Gaga stand tall among the most popular women in the world:

Another name in the list of most popular women in the world, Taylor Alison Swift, is a well-known  American singer-songwriter. She is known to take inspiration from her personal life for her narrative songwriting and has also received extensive critical applause and media coverage. Here are some highlights of her achievements so far:

An American-singer, songwriter, dancer, and actress, Britney Spears is one of the well-known and flourishing actresses in the late 90s. Here are some facts about the queen of fashion and pop:

Selena Gomez is an all-rounder- an American actress and singer who rose to fame with the Disney TV series Wizards of Waverly Place. She even gained popularity as a designer, composer, producer, model, poetess, voice actress, and here are some other accomplishments of Disney star:

Madonna is a famous name in the world of culture and pop music. She has ruled the music industry since the 1980s and has a prosperous career of 40 years to date.

Beyonce is one of the leading female artists for the last 20 years and has sold 100 million records all across the globe making her one of the best seller artists in the music industry. Some of her achievements include:

Fondly known as J.Lo, Jennifer Lynn Lopez is an American actress, singer, and dancer. First Latin actress who got success in Hollywood, J.Lo began her career as a Fly Girl dancer in 1991, however, in 1993, she went on to pursue her acting career.

Professionally known as Katy Perry, Katheryn Elizabeth Hudson is famous as a songwriter, singer, and television judge. She started her music career as a teenager.

An Indian actress, singer, and film producer, Priyanka Chopra Jonas is one of India’s highest-paid and most popular entertainers.

Another name on the list of the 50 most popular women in the world is Shakira, a Colombian singer, and songwriter. She is born and raised in Barranquilla and is famous for her versatility in music.

Adele Laurie Blue Adkins MBE is one of the popular English singer-songwriters. It was in 2006 when she signed a recording contract with XL Recordings. She has several other achievements in her name:

Deepika Padukone is an Indian actress and model who is known for her major contribution to the entertainment industry.

Professionally known as Lana Del Rey, Elizabeth Woolridge Grant is an American singer-songwriter. Here are some of the facts that made her so popular all across the globe:

An American singer, songwriter, and actress, Miley Ray Cyrus is popular for her distinctive raspy voice. Her music covers a range of styles, from pop and country-pop to hip hop, experimental, and rock.

Kimberly Noel Kardashian West is a really popular woman across the world. She is known as an American media personality, socialite, model, businesswoman, producer, and actress.

Cher has her name among the top 50 most popular women in the world as she is ruling the music industry for six decades.

Angelina Jolie is one of the most popular women and celebrated film stars of all time. She is known for her grace, beauty, and talent. Apart from being a model and actress, Angeline Jolie is a philanthropist by profession.

Emma Watson rose to popularity due to her first performance as Hermoine Granger in the Harry Potter series. Lesser know that she is even an advocate, apart from that:

An American actress, singer, songwriter, entrepreneur, and television personality, Lindsay Lohan was one of the most popular teen actresses in the early 2000s.

Vanessa Hudgens got all the popularity due to her role in the High Musical series. She is currently one of the leading singers and well-known actresses.

Professionally known as Kate Moss, Katherine Ann Moss is a model and businesswoman. She has been an inspiration for the females of today’s generation. What makes her more popular across the world is:

Hilary Duff got the popularity as a teen actress for her role in ‘Lizzie McGuire’ and even appeared in the theatrical film ‘The Lizzie McGuire Movie’.

Another popular name on the list, Demetria Devonne Lovato, professionally known as Demi Lovato, is an American singer, songwriter, actress, as well as and executive producer.

One of the most popular women, Christina Aguilera is a renowned American singer, songwriter, actress, and television personality. She has got fame for several reasons:

She is one of the leading pop-rock artists and for 20 years, she has retained this title. Avril Lavigne who is a Canadian singer, songwriter, and actress went on to become a well-known pop artist in the 2010s.

Megan Fox is one of the superstars and that’s why she has her name in the most popular women list. Officially known as Megan Denise Fox, she is an American actress and model.

Mariah Carey has ruled the music industry for more than 30 years and is also popular for her amazing vocal range and register. Here are some of her major achievements and work:

An American actress and filmmaker, Kristen Jaymes Stewart rose to fame for her performance in The Twilight Saga film series. Kristen is not only popular for her role in “The Twilight” trilogy,

Professionally as Alicia Keys, Alicia Augello Cook is a very popular American singer-songwriter who is famous for her blue melodies and traditional and neo-soul rhythm.

Daughter of actors John Aniston and Nancy Dow, Jennifer Joanna Aniston is an American actress, producer, and businesswoman. Jennifer started her acting career at an early age and got a lot of popularity very soon.

An American singer, actress, fashion designer, and author, Jessica Simpson was signed with Columbia Records in 1997, at age 16.

An American actress and singer, Scarlett Ingrid Johansson is one of the popular women in the world for several reasons.

Marilyn Monroe doesn’t need an introduction as she was the most popular actress, model, and singer of her time. She got the title of sex symbol of the 1950s and early 1960s.

She is a really popular American actress and producer, Eva Longoria got all the recognition for her portrayal of Isabella Braña on the CBS daytime soap opera.

Michelle LaVaughn Obama, professionally known as Michelle Obama, is an American attorney and author. Michelle was the first woman of the United States from 2009 to 2017.

Kate Middleton got all the popularity when she started dating Prince William in 2001. She was voted the ‘Most Promising Newcomer’ by the newspaper ‘The Daily Telegraph’; apart from that:

A teen sensation in the late 90s and early 2000s, Jessica Alba began her television and movie appearances at age 13. Apart from being an American actress and businesswoman,

A Canadian singer, songwriter, and actress, Carly Rae Jepsen pursued musical theatre at the Canadian College of Performing Arts in Victoria, BC.

Professionally known as Jessie J, Jessica Ellen Cornish, is an English singer-songwriter. She began her career at the age of 11 and earned a lot of achievements that make her popular.

Kylie is an Australian singer, songwriter, and actress. She has been a music icon and she is even popular for her fashion sense.

An American singer, songwriter, rapper, and actress, Kesha Rose Sebert, was signed to Kemosabe Records in 2008. Soon in 2009, she got all the success and fame after featuring in American rapper Flo Rida’s number-one single “Right Round”.

Halle Maria Berry is not only an American actress, but she has also worked as a model and was a part of several beauty contests.

Hillary Clinton mainly got the popularity for being the wife of President Bill Clinton (then) but there are several other reasons that make her one of the most popular women.

Ellie Goulding is one of the top songwriters, singers, and composers. After making her debut in 2010, she climbed the stairs of success.

Professionally known as Fergie, Stacy Ann Ferguson, is not only an American singer and songwriter but she also got popular as a fashion designer and a solo artist.