16 Bollywood Production Houses That are Ruling the Industry 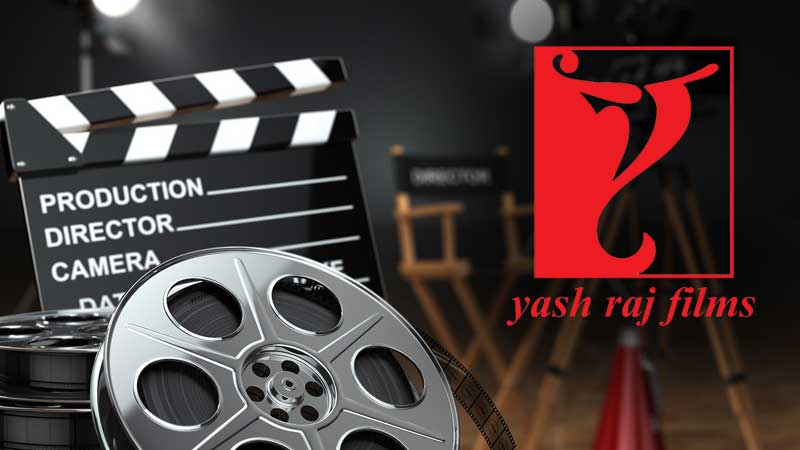 Indian audiences have this weird love-hate relationship with Bollywood. As we know movies are not possible without producers and their money. The film production companies of Bollywood are trying hard to make the best in the industry and thus investing a whole lot of capital in movies. But money alone can’t do wonders; it needs content, talent, and originality to make a movie hit.

There are several production houses in the Bollywood industry, some of them are flag-bearers of nepotism while others are keen to give chance to new and fresh talent. So, here is a list of top film production houses, and their popular movies, so that you can know who is just pumping money and who is actually working hard to impress you. By reading this article, you will also get the idea of the content you are going to get from all leading Indian film production houses.

“Yashraj films” or YRF is currently the most successful production house of Hindi films, with a countless number of hits. Also, YRF has given many outstanding actors to Bollywood.

But lately, YRF has been facing a mountain of controversies for supporting nepotism in the industry and exploiting young talents. Well, talking about nepotism, selection of Uday Chopra in Dhoom (1,2,3) as a cop, was enough said.

The next most favorite celebrity of YRF is SRK, no matter how many young actors are there to play the role of their age, Yash Chopra always sticks to SRK because he is, after all, the youngest of all (pun intended).

UTV Motion Picture is a subsidiary of UTV Software Communications that is further a subsidiary of The Walt Disney Company India. Lately, UTV is handling the distribution of Disney’ s feature films in India.

Well, the CEO of this production company has figured out that India loves “Entertainment, Entertainment, and Entertainment!!” and thus the marketing strategies are more entertaining than their movies sometimes.

Dharma Production was founded by Yash Johar in 1976. Currently, it is headed by Karan Johar. With Kuch Kuch Hota hai, Dharma Production set the Rom-Com trend in the industry and that’s why every Dharma movie starts with the theme track of KKHH.

Lately, Dharma Production or we can particularly say Karan Johar has been receiving quite a lot of backlash from the Indian audience for promoting nepo-kids and denying the chance to outsiders. Well, if Karan Johar stops encouraging nepotism, who will act in SOTY3??

Eros International is the most profitable production house in the industry. It was started by Arjun Lulla in 1977. This production unit is listed on the London Stock Exchange for its unmatched proportion of profit. Eros has a very strong distribution system that works internationally and maintains the world-wide collection of profit.

If someone wants their movie to attain international status, Eros international is one to trust upon. Not only one or two, but Eros covers almost 50 other nations than India when it comes to distribution.

SRK wanted to rule every part of the industry and this obsession of his, turned out to be Red Chillies Entertainment. SRK and Gauri Khan are the current CEOs of this company.

The specialty of this particular production company is SRK himself because every movie has SRK, if not in the lead, at least in a dance number (consider Kaal). The last movie of RC Entertainment was Zero, which really justified its title and earned zero praise.

Do you believe in the thought “kaabil bano, kaamyaabi jhak maarke peeche aayegi”..? Then, you must know this idea suits Vidhu Vinod Chopra really well. He started his career in the direction back in the year 1942 and since then, we have seen him changing times for Bollywood.

Vidhu Sir has never failed to amuse the audience with his heart-touching movies and choice of topics. We are eagerly waiting for his next release because his movies provide a solid dose of inspiration to the audience.

Are you Missing those rants on Sanskar these days??, you surely need to watch a movie of RajShri Productions. Well, we would like you to know that Alok Nath is not the ambassador of this production company. This production house was established by Tarachand Barjatya in 1947.

This production company is famous for its “family” genre. If you want to watch something with your grandparents or parents, RajShri movies have no match. Your Dada-Ji is definitely going to get some moves after watching a pick from RajShri.

Bhansali Productions was launched by Sanjay Leela Bhansali who started his career as a director with Vidhu Vinod Chopra. Bhansali production has given some memorable movies like Ram Leela which shows what would have happened if Romeo and Juliet were Indians.

Sanjay Leela Bhansali is known to create magic with the grandeur of sets and costumes. He is known to spend the maximum amount of money on decorating his sets and maybe this is the reason he started his own production house so that he doesn’t have to answer about the money he spent on the big-big things that audiences don’t even look at more than a minute.

Mukesh Bhatt was so concerned about his brother Mahesh Bhatt that he helped him start his own production company- Vishesh Films. With Emran Hashmi and some awesome tracks to groove on, this production house has given some good movies too.

We can never be enough thankful for the track “Jhalak Dikhla Ja..”. Well, “Vishesh Films” has been quite good so far.

Major Hits: Shootout at Lokhandwala, Once Upon a Time in Mumbai, Ragini MMS, The Dirty Picture

The “K” queen of small screen Ekta Kapoor started this production house to make a name in the industry of silver screen. But her obsession with the letter “K” seems to be controlled with the release of this production company. But the current fumes of hatred for nepotism and group-ism, have left no one untouched including Balaji Productions.

JA Entertainment was started by our dimple-king John Abraham. It is a newbie in the industry, but doing really great and giving tough competitions to big names.

In 2015 this production house released 5 films that were quite decent. So, if things go well, this toddler will be hard to contain.

The “Nadiadwala” family has been entertaining us since 1956. This production house is inherited by 3 generations and currently Sajid Nadiadwala – the grandson of Nadiadwala is managing this company.

Reliance has given a large number of hits, if we forget Kites. Needless to say, reliance put a great amount of money in its movies to taste success in this industry too.

Our Mr.Perfectionist decided to ace the talent of production in the year 2000. And, we can proudly say, he didn’t fail himself and his audience. When Lagaan was released, every Indian was convinced with the production talent of Amir Khan.

Indian audiences always keep high hopes from AK productions as Amir gives movies that no one can. We can say that lady-luck Kiran Rao has her own charm that is evident in the super-hits produced by AK productions.

Excel Entertainment showed us excellence with the movie Dil Chahta Hai. And, since then this production company never looked back and threw hits one after another. FYI, Excel Entertainment was founded by Ritesh Sidhwani and Farhan Akhtar in 1999.

This production banner has entertained us with fabulous movies and relatable topics. We can feel and live the characters. Emotions; is this their secret potion?

AKFPL was founded by the trendsetter, Anurag Kashyap back in the year 2006. This banner may not have the money as same as its other counterparts, but it has the sense we all want the B-Town to have- the sense of originality.

AKFPL movies are gems, you don’t watch them, you live them. We feel pride stating that we can sit straight for hours while watching movies produced by Anurag sir. The only factor these movies focus upon is high- Content. This banner has given the most talented outsiders and newcomers to the industry.