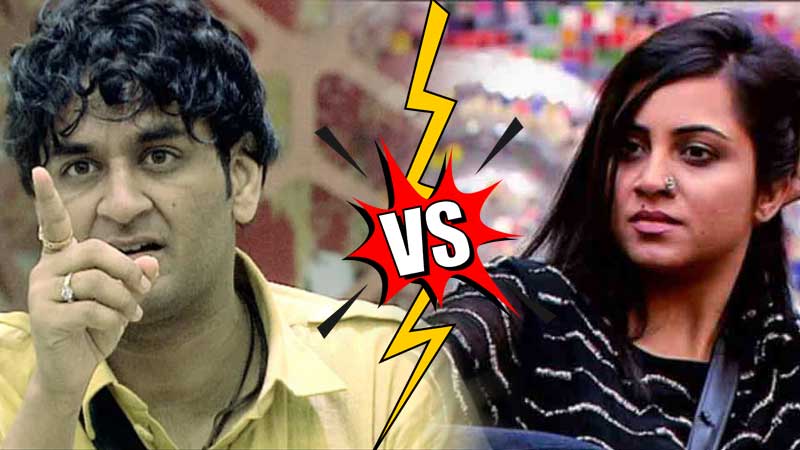 Vikas Gupta and Arshi Khan have been at loggerheads ever since they entered the Big Boss 14 house. In the beginning, we all thought it to be just for the TRP but things got heated up as days passed and eventually Vikas Gupta got ousted from the show after he pushed Arshi into the pool. Those who missed upon a few episodes must be curious to know what actually happened that made Vikas Gupta take this drastic step. We all knew that he entered the show for money and the mastermind will never make a mistake to get out of the popular reality show; so what made him do that?

Arshi wanted Vikas to apologize to her for saying that she will get evicted and was constantly irritating him. While Vikas was clear about his intentions and clearly denied apologizing to her. Not only this, but he also dragged his father into the conversation and that made Arshi more furious. This time Arshi dragged Vikas’s mother and even questioned his upbringing. The conversation got more heated up and they both kept pointing fingers at each other.

Vikas even called Arshi ‘Vahiyaat’ for crossing her limits and even threatened to ruin her stay in Bigg Boss 14. Vikas even called ‘gandi aurat’ for constantly irking him and it was the start of a physical fight between the two but Kashmera intervened and even other housemates tried to calm the situation.

Arshi took her mic off and wanted Bigg Boss to intervene. Everyone was happy that Vikas took a stand for the first time as Arshi was constantly provoking her from the start. While Arshi was explaining her stance to Manu, Vikas came out of the blue and threw Arshi in the pool leaving everyone shocked.

Vikas was seen telling Jasmine that unfortunately Arshi knows something from his personal life and now she is trying to take advantage of that but he will not let her do that.

Have a look at what Bigg Boss ex-contestants and audience tweeted about Vikas and Arshi Ugly Fight:

Watch the Video to know what Vikas Gupta has to say after his eviction: