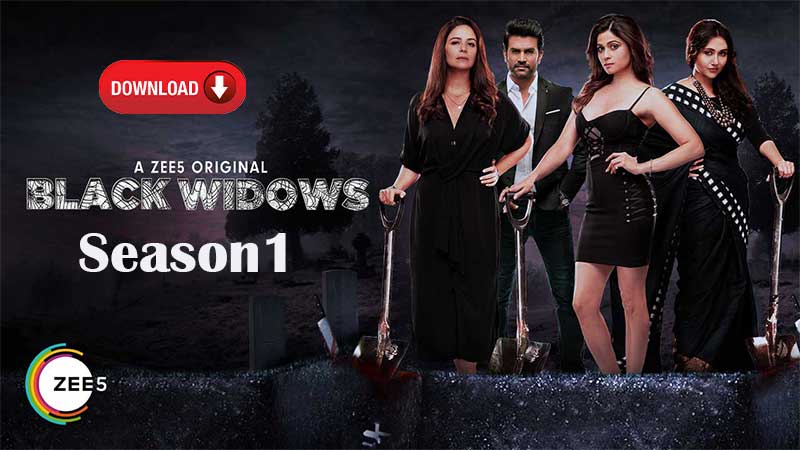 If you have gotten bored of watching the typical web series with the same storyline and are looking for something unusual to watch, ‘Black Widows’ could be the one show for you. The show is an attempt towards dark comedy that will keep you hooked throughout. The show, as the name suggests, has three ladies in the key roles.

Three women who decide to kill their abusive husbands and start a new life. But things don’t go as per the plan and everything only gets complicated, resulting in a completely entertaining 12-episode series.

Season 1 of ‘Black Widows’ revolves around 3 ladies Veera, Jayati and Kavita who plan to get rid of their husbands, in order to end the misery their wedding life has created. Trapped in abusive marriages, the three women decide there is something that is better than divorce is murder. However, later, they realise it is not that easy to kill their husbands. Will they be able to get rid of their husbands, or what issues will they face? Watch the series to find out. The series is a remake of the Finnish show, Mustat Lesket, 2014.

Where to Watch All the Episodes of Black Widows Season 1?

Here are the links to download or watch all the episodes online of Season 1 of ‘Black Widows’ web series; you can watch the first episode for free:

Here are the details of the lead cast and crew of Black Widows Season 1:

Can You Download All Episodes of Black Widows Season 1 for Free?

To watch all the episodes online or download the full Season 1 of ‘Black Widows’, tune into Zee5 as ther series is exclusively available there. You can watch all the episodes just by getting the subscription for Zee5 that comes for a reasonable price. Other than that, there is no legal way to watch the series online.

If you want to watch the ‘Black Widows’ series for free, you might find the free download link available on Filmyzilla, Filmygod, 123MKV, Movierulz, 1337x, YTS, etc.,; these torrents sites are known for offering free download links to popular and latest movies and series. However, they are operating illegally as they do not own the copyrights to the same; they only reproduce the pirated copies and circulate them on the internet; hence, prompting piracy. Piracy is considered a criminal offence in India and is punishable too; if anyone is caught downloading copyright-protected content from the internet illegally or from unauthorised sources for free, or is someone in involved in circulating pirated copies; the person can be sent to jail and a heavy fine can be imposed on him as penalty. Therefore, to avoid the penalty, it is always better to go only for the legal and official ways to watch your favourite movie or series.