Bollywood Celebs Who Had the Longest Relationship but Never Got Married 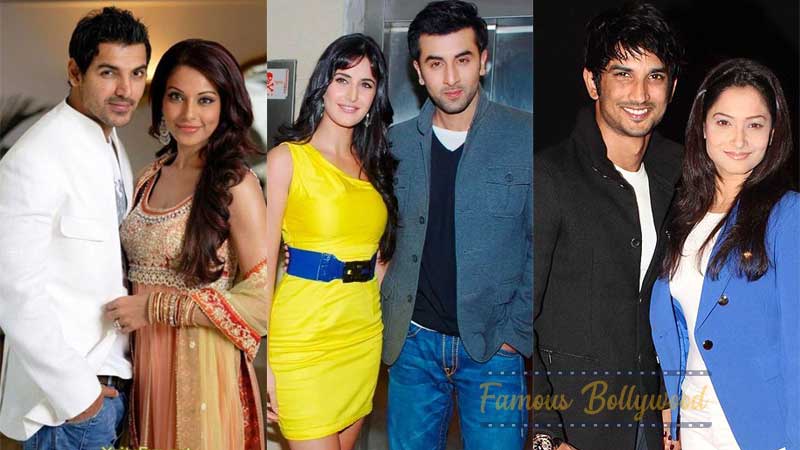 There is a popular quote-

“Marriage is a commitment- a decision to do, all through life, which will express your love for one’s spouse”, the commitment that most of the couples failed to give even after being together for so long.

Celebs in Bollywood always manage to be in news for their on and off relationships. Some make it to marriage while for others it is about the popular phrase- you have to kiss a lot of frogs to find a prince. Some B-Town couples were always in news owing to their long-term relationships but could not tie the knot for some reasons, have a look at few of them:

Anju Mahendroo is known as the first love of his life, the evergreen legend, Rajesh Khanna. He was already a star, while Anju was still struggling to make a mark in Bollywood. A pure and true love story, they both were supportive of each other in the initial days.  Both remained in a live-in relationship for 7 long years and called it quits in 1972 when Anju was rumored to be dating West Indian cricketer. A year later, in 1973, Rajesh Khanna got married to Dimple Kapadia.

Post-breakup, they didn’t speak to each other for 17 long years until 1988. However, Anju was holding his hand when Rajesh Khanna took his last breath in 2012.

Lara and Kelly met during their modeling days and found love in each other. They were in an open live-in relationship for 8 years before they called it off in 2007. Increasing rumors of Lara dating Dino Morea, Kelly’s best friend, destroyed their relationship, and eventually, they got separated. However, Lara and Dino weren’t together for long and soon broke up owing to some disagreements. It was then Mahesh Bhupati whom Lara found her soulmate in; however, the former ended his 7 years of marriage to tie the knot with Lara in 2011.

The most loved TV couple for their show ‘Pavitra Rishta, Sushant and Ankita were madly and openly in love for 6 years. They were in a live-in relationship and he even proposed to her on national television. Fans were eagerly waiting for their December marriage in 2016 when they drifted apart and got separated. Sushant’s career took off and he started getting movie offers and they were not spending as much quality time as they used to do earlier, the probable reasons for their split. The ‘Manikarnika’ actress is reportedly in love with Vicky Jain, while Sushant Singh Rajput is dating her rumored girlfriend Rhea Chakraborty.

It raised so many eyebrows when the news of Ranbir dating Katrina hit the internet as the former was already linked up with Deepika Padukone. Ironically, Deepika was the one who introduced them at Katrina’s birthday. Soon after, he cheated on Deepika Padukone and they got separated in 2010.

It was during the movie ‘Rajneeti’ when their love started to blossom and he eventually moved in with Katrina. They dated for 6 years and their wedding plans got their fans excited. However, he later denied all the marriage rumors and the most talked-about couple called it off in 2016 for the reason best known to them.