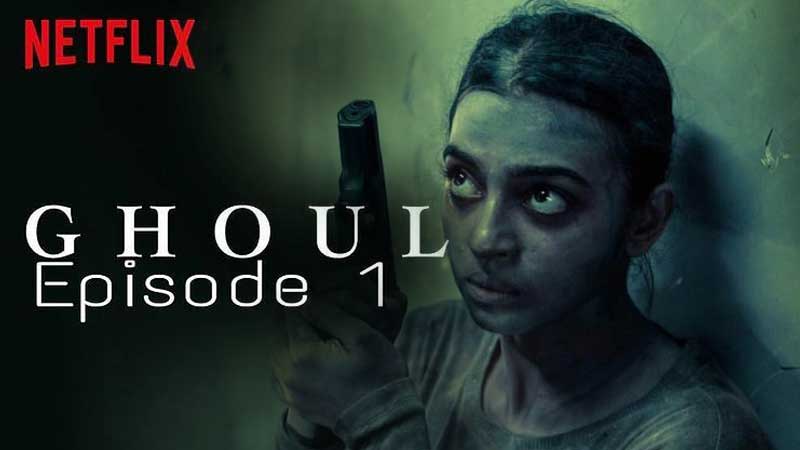 Netflix is one of the favorite spots for web series lovers and the collection you find there in different languages is quite overwhelming; especially for someone who has no idea what he would love watching. This article is just a suggestion of one binge-worthy web series for those who don’t want to just keep scrolling and not being able to decide what to watch. This one is for horror lovers who don’t find Indian horror movies worth watching due to the lack of horror. But that’s not the fact as there are still some best horror movies produced by Bollywood; leaving that aside, for now, check out one of the must-watch horror miniseries available on Netflix.

If horror excites you, and you think there is not enough horror in Hindi movies or web series, you might be wrong. Ghoul is one of the top horror web series produced in India. This 3-episodes mini-series talks about a dystopian world and follows a  young woman Nida Rahim (Radhika Apte), a trainee soldier in National Protection Squad’s Academy (NPA), and her father Shahnawaz (S.M. Zaheer), who is a professor.

You will see how the interrogation of a dreaded terrorist Ali Saeed in a secret government confinement camp turns into a series of horrifying and supernatural events in the aftermath.

There are also speculations about the release of Ghoul Season 2 to be released in 2021, however, nothing is confirmed as of now.

Where to Watch All the Episodes of Ghoul Season 1?

Cast and Crew of Ghoul Season 1

Here are the details of the lead cast and crew of Ghoul Season 1:

Can You Download All Episodes of Ghoul Season 1 for Free?

Ghoul Season 1 was released back in 2018 and most of the Netflix users might have missed watching it, but this is again the same time of the year when you can watch some great web series sitting safely at home. You can either download or watch all the episodes of Ghoul Season 1 online on Netflix but not for free. Watching any of the Netflix series requires you to buy a subscription and with that subscription, you get access to unlimited binge-worthy content. If you want to watch or download the full series Ghoul for free, there is no option for that except some torrent sites where it is available for free download. However, this option is not recommended as the torrent sites like moviesda, gomovies, tamilrockers, yify, etc., are operating illegally and offer pirated copies of the content that is copyright-protected. Moreover, we all know piracy is a punishable offense and anyone who is found involved in promoting piracy or downloading pirated content can face a jail term of up to 3 years including a fine of up to Rs. 10 lakhs. So, better not get involved in such illegal acts and get into major trouble. Also, the government keeps blocking such illegal sites as this causes a major loss to the entertainment industry.