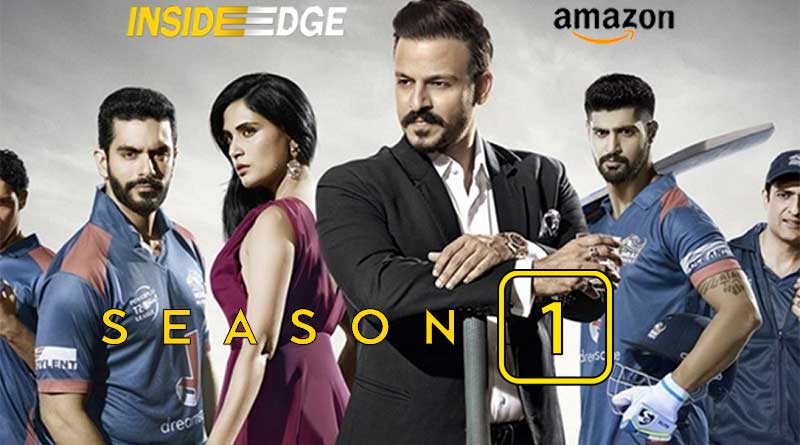 Interesting and engaging; these are the two words for Season 1, Season 2, and Season 3 of Inside Edge, the first Indian-produced web series on Amazon Prime Video. No doubt, the show has its cringe moments, but it is still worth a watch. Also, you do not need to be a cricket fan in order to enjoy this web series, although the series is going to give you a real-life look into the IPL. With a great set of characters, the series has been executed with passion and vision.

Inside Edge Season 1- An Overview

Inside Edge Season 1 revolves around the story of Mumbai Mavericks, which is a T20 cricket franchise playing in the Power play League. The first episode will introduce you to the main characters of the series. Zarina Malik, played by Richa Chadda, owns a cricket team, Mumbai Mavericks, and is worried about the fate of her cricket team. Her co-owner goes bankrupt, leaving her in the middle of everything.

All the lead characters have proven their versatility. Tanuj Virwani who plays the role of a young, energetic cricketer, confident of his form, has thousands of fans, but he still cannot be called a role model.

Where to Watch All the Episodes of Inside Edge Season 1?

Cast and Crew of Inside Edge Season 1

Here are the details of the lead cast and crew of Inside Edge Season 1:

Can You Download All Episodes of Inside Edge Season 1 for Free?

To watch all the episodes online of Inside Edge Season 1 or download them on your device, you will need a subscription to Amazon Prime Video, as the series is available there to stream online. You can watch the first episode for free, but to watch the full series ‘Inside Edge’, getting a subscription is a must. If you want to watch or download the episodes of ‘Inside Edge’ for free, you will find the leaked episodes on various torrent sites like Filmyzilla, Filmygod, 123MKV, Movierulz, 1337x, YTS, etc., but that is completely illegal. These torrent sites keep on getting blocked by the government as they bring a huge loss to the entertainment industry by illegally leaking movies, web series, and TV shows.

Moreover, as per the Cinematograph act, there is severe punishment for anyone who is found involved in piracy in any form or manner as this violates the copyright policy and there is a fine of Rs 10 lakhs together with imprisonment of up to 3 years.