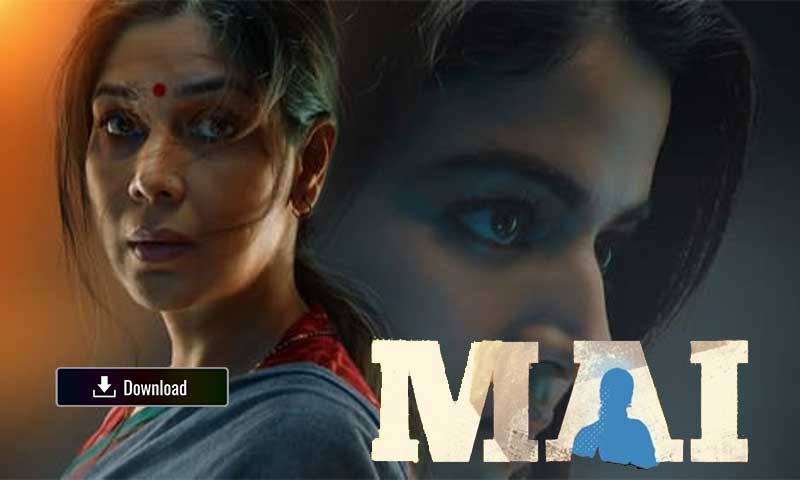 Sheel (Sakshi Talwar), a decent-docile woman, a wife and mother who is traumatized by the sudden death of her daughter, determined to unveil the truth of the unfortunate incidents that took place in the life of her loving daughter. How encountered a series unfolding white-collar crime and dirty politics impacted her life and shook it all over.

The storyline of Mai

The story revolves around the medical scam in Lucknow. A police officer of the Special Police Force, Farooq Siddiqui, boyfriend of Supriya (Wamiqa Gabbi), is the suspected syndicate. The main leader of the whole crime scene is Jawahar (Prashant Narayan), Jawahar’s partner in crime, her so-called mistress Neelam (Raima Sen). While Sheel’s strings are attached to Jawahar because Sheel is the caretaker of Jawahar’s mother. You can find the connection between all the characters while Sheel is on the mission of finding the truth about the death of her daughter Sheel.

You can see how Sheel put her hand in the dirt and do murder to blackmail whatever she can do to find the truth. Sheel is supported by a friend, Kaplana- a victim of an abusive marriage, the role played by veteran actress Seema Pahwa, but the story didn’t give her the space she needed on the screen. However, we expect more of her in season 2.

If you want a web series that can keep you locked to the screen, you need to watch Mai, as Sakshi is finally given what she deserves. She can totally make all superstars run for their money as she performed exceptionally well.

To watch and download all episodes of Mai web series, you can access Netflix by subscribing to the platform. The link to every episode of Mai is mentioned here below:

Mai Season 1 is available to watch on Netflix, as it is a Netflix-exclusive series. But there are torrent websites that illegally stream Mai web series and allow you to download the pirated version of the series. However, watching movies on such websites is a criminal offense and can put you behind the bars. We, therefore, advise you to avoid such websites as Filmyzilla, Filmygod, 123MKV, Movierulz, 1337x, YTS, and more.

Disclaimer- We hereby do not promote piracy or illegal streaming of content as they can insert viruses and malware into the computer and steal your information. Therefore, the use of such websites should be done at your own risk. To watch and download Mai season 1, one should rely on legal sites like Netflix.