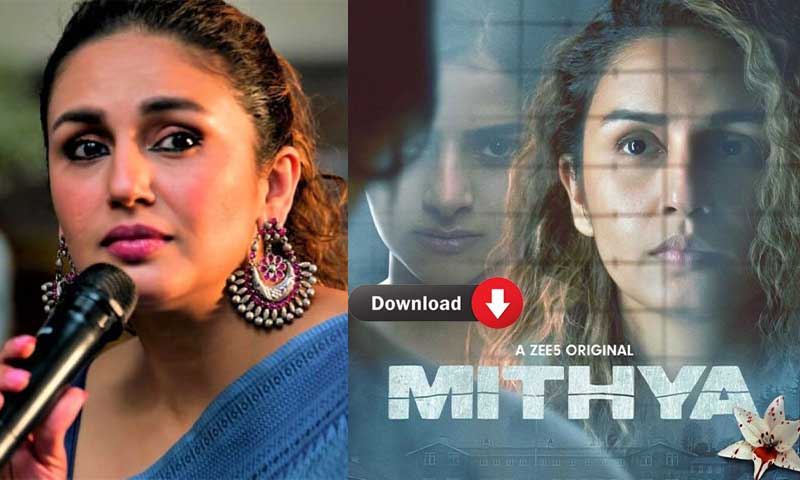 Mithya has been officially adapted from the British TV show, Cheat, and if you have watched that before, you will be able to judge if Mithya is a better version or not. ZEE5’s Mithya, produced by Applause Entertainment, and starring Huma Qureshi, Rajit Kapur, Parambrata Chattopadhyy, Samir Soni, Ajeet Biswas and debutante Avantika Dassani, has been released lately and has received mix response from critics and audience. The six-episode miniseries is full of riveting twists and thrills, and has all the other elements to keep you engaged throughout. So, if this made you interested, keep on reading to know more about Mithya series Season 1 cast and crew and from where you can watch and download all the episodes.

Juhi Adhikary, who is a Hindi literature professor in a Darjeeling college, charges her student Rhea Rajguru of plagiarism. According to Rhea, she is innocent, and this leads to a series of incidents with Juhi and Rhea that made them always at loggerheads. Matters soon went out of control and led to an adverse psychological combat between them that ultimately led to a shocking revelation. In the middle of all this, things get further complicated when Juhi’s husband-Neil Adhikari is murdered and both the women are suspects.

Where to Watch All the Episodes of Mithya Season 1?

Here are the links to download or watch all the episodes online of Season 1 of ‘Mithya’ web series; you can watch the first episode for free:

Cast and Crew of Mithya Season 1

Here are the details of the lead cast and crew of Mithya Season 1:

Can You Download All Episodes of Mithya Season 1 for Free?

To watch or download all the episodes of Mithya Season 1 online, tune into Zee5, where the series was exclusively released. You can watch the first episode of the Mithya series for free, but to watch the complete episodes, you will need to buy a subscription to the Zee5 platform. This OTT platform has a good collection of must-watch movies, TV shows and web series that you can watch by purchasing the inexpensive subscription package.

If you still want to watch or download the Mithya Season 1 online for free, you can visit websites like Filmyzilla, Filmygod, 123MKV, Movierulz, 1337x, YTS, etc.,; where you may find the leaked version available for free. However, keep in mind that these platforms promote piracy as they do not own the copyrights of the movies or series that they host online on their platform, hence, are operating illegally. This can get you in legal trouble as downloading movies or series from unofficial sources promotes piracy, which is a criminal as well as punishable offence in India. Hence, you should never visit any of the illegal platforms to watch any sort of copyright-protected content as this can get you behind the bars and can even get you heavily penalised.