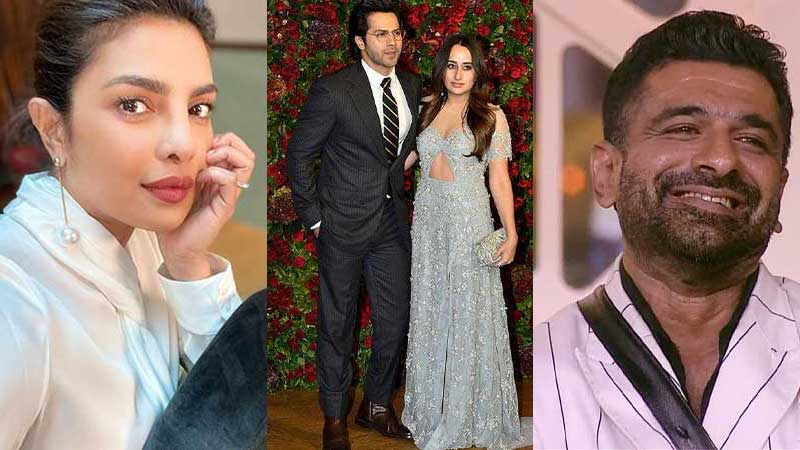 Priyanka Chopra shared her experience when she faced racist bullying at the age of 15 when she attended an American high school.

“My confidence was stripped. I’ve always considered myself a confident person, but I was very unsure of where I stood, of who I was,”- the actress confessed at an interview.

The college sweethearts Varun Dhawan and Natasha Dalal are all set to marry this week at The Mansion House in Alibaug. Varun and Natasha along with their respective families will leave for Alibaug on 22nd Jan.

Eijaz Khan who left Bigg Boss 14 due to some prior commitments is ready to make a comeback in the show. He revealed that producers of the project have allowed him to re-enter the show.

Katrina Kaif’s sister Isabelle Kaif is all set to make her debut opposite Pulkrit Samrat, first, look from the movie has been revealed on their social media.