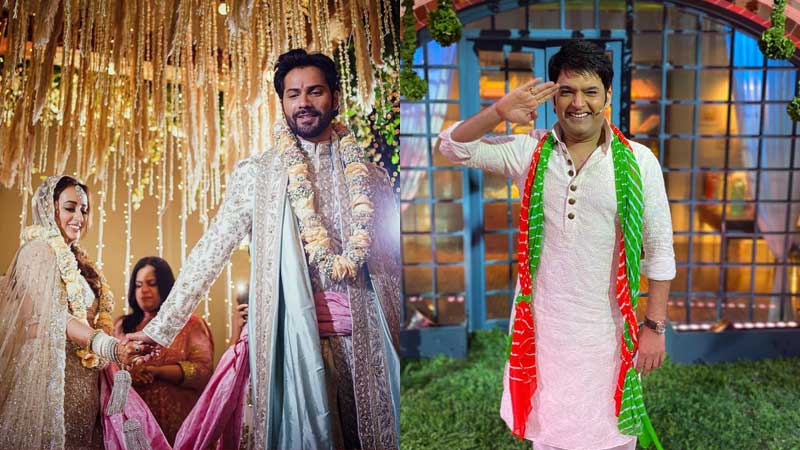 Varun Dhawan finally tied the knot with her long time girlfriend Natasha Dalal in a lavish ceremony in Alibaug. The duo also made their first appearance together in front of the media and got their pictures clicked after taking the vows. The couple is expected to host a grand reception in Mumbai on February, 2.

The Kapil Sharma Show has been entertaining audiences since 2018 but unfortunately, the show will go off-air in mid-February and the reason behind is the absence of a live audience and lack of film promotions. However, the show is expected to bounce back with more entertaining content after an interval of three months.

The much-awaited film RRR directed by SS Rajamouli is set to release on October 13; in the lead roles, you will see Ram Charan and Junior NTR.

Vidyut Jammwal and Rukmini Maitra to star in action-thriller Sanak

Actor Vidyut Jammwal will next be seen opposite popular Bengali actress Rukmini Maitra in the action thriller titled Sanak. The movie is directed by Kanishk Varma and produced by Vipul Amritlal Shah and Zee Studios.

In the coming weeks, you will see some celebrities entering the Big Boss 14 house to support their closed ones. As per rumors, Disha Parmar was entering to support Rahul Vaidya while Jasmin will enter to support Aly. However, Disha has completely denied the news of her entering the show.