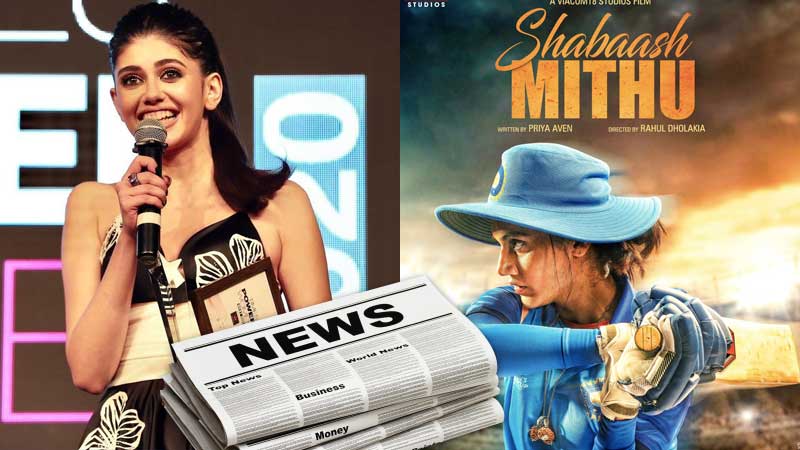 After completing the shooting of Rashmi Rocket, Taapsse kickstarted the cricket training for Mithali Raj biopic. She will be getting trained under coach Nooshin Al khadeer to get every move perfect.

SC refuses to grant interim protection to makers of Tandav

Saif Ali Khan starrer Tandav continues to be in Trouble for allegedly hurting religious sentiments. Even the team filed petition against the complaints, but the Supreme court has denied protection from arrest.

Sanjana Sanghi, who won a million of hearts with her performance in ‘Dil Bechara’ received the Woman Debutant Performer Of The Year at the Times Power Women Award.

Aamir Khan has to shoot for dance number opposite Elli Avram in Amin Hajee’s directorial debut. The composer of the song is Tanishk Bagchi and it is written by Amitabh Bhattacharya. Bosco and Caesar are going to choreograph the dance number.