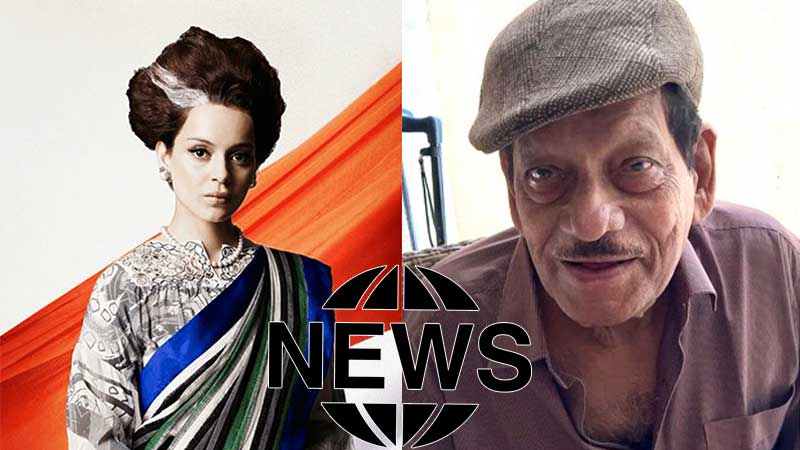 Sharman Joshi’s father, actor Arvind Joshi, passed away on Friday, January 29 at the age of 84. Arvind Joshi has featured in films like Sholay, Ittefaq, and Apmaan Ki Aag. He is survived by his son Sharman Joshi and daughter Mansi Joshi Roy.

Kangana Ranaut, in her upcoming political drama, will play the role of former Prime Minister Indira Gandhi. The film is not a biopic and many noticeable actors will be a part of the project, as told by Kangana.

Mantena recently bought the shares of Phantom Films; his project Ramayan would be his promising flag-bearing project. As per the sources, Hritik and Deepika are front-runners to play Ram and Sita.

The first poster of the The Immortal Ashwatthama, an action-based superhero film starring Vicky Kaushal has been released. The actor is going to start his training in February and the shooting will start in June.

In the recent promo of Bigg Boss 14, Rakhi Sawant can be seen teasing Abhinav Shukla and this time she seems to cross all the limits as she pulls the strings of Abhinav’s shorts; Rubina warned her to be in the limits.