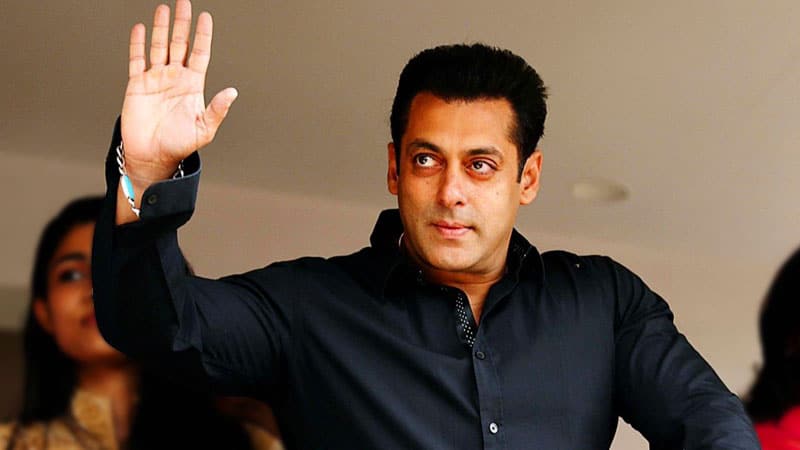 Salman Khan’s full name is Abdul Rashid Salim Salman Khan known as the “Bhaijaan” in the Bollywood and Sallu Bhai among the fans, because of his soft-heart and helpful nature. This 55 years old actor is the eldest son of the family. He has two younger brothers Arbaaz Khan and Sohail Khan, also has two sisters Arpita and Alvira. He did schooling from the Scindia School in Gwalior, later studied at St. Stanislaus High School in the Bandra region of Mumbai. For higher studies, he enrolled at St. Xavier’s College, Mumbai but left his graduation and went for Daisy Irani’s acting institute.

Salman Khan is a famous Bollywood actor, producer, television anchor, and philanthropist. He is an actor with a regal and amazing personality. He was born on 27th December 1965 in Indore, Madhya Pradesh, India. He is the son of the famous writer Salim Khan, who was known for writing the stories of movies like Deewar, Sholay, Don and more.

Apart from his name and fame in Bollywood, Salman is known for his charitable group namely, “being human”, that work for better health, care, and education of the needy people. It is also a popular brand and produces Being Human T-shirts, watches and paintings. Every penny of profit is used to help the people in need. This foundation is one such reason that instead of many allegations, Salman lives in the hearts of people.

Apart from the acting, Salman khan is famous for his well-maintained body. He is a fitness freak and never misses his fitness routine. He follows the serious fitness schedule that helps him to stay fit even at the age of 55.

Salman khan is the first actor who started the trend of being shirtless. He flaunted his well-toned body in the song ‘O O Jaane Jaane’, from his film ‘Pyaar Kiya Toh Darna Kya’ which became the massive hit. His shirtless look and dance steps become the talk of the town.

Salman Khan wanted to become a writer, just like his father, but his father wanted him to become a cricketer. Later he found his interest in acting and perused the acting course. Before started acting, he worked as a model.

Salman started his acting career in 1988 as a supporting actor in the movie Biwi Ho To Aisi. In the next year, he got the breakthrough in Suraj Barjatiya movie Maine Pyar Kia. It was the highest-grossing movie of the ’90s. Salman Khan became the overnight star with the success of this movie; he bagged the Film fare award of best male debut actor, also nominated in other categories.

Apart from being famous for successful films, Salman Khan is known as the most controversial star in Bollywood. He indulged in a hit and run case, where he was accused of rash drinking and driving, thus killing a lying man on the footpath. Later, he was arrested by police for hunting a Chinkara, which was a rare species of Deer. He was also in controversies about his remarks about the 26/11 attacks in Mumbai.

The journey of this Dabbang star has never been easy, he faced lots of struggle in the early days and never used his father’s name for catching up a role in the movies. After becoming a successful star in the industry, he has been in the limelight for controversies more than his movies. His relationships and love life were also talks of the town for many magazines and newspapers.

Salman is unmarried but his relationships have always been the center of attraction.

The first love of Bhaijaan was Sangeeta Bijlani. They both even planned to tie a knot in 1994, but the circumstances took a turn and then their paths drifted apart. Their love story was one of the most famous stories of the B-Town.

After Sangeeta, Salman dated the actress Somy Ali. Salman was very serious about the relationship but then Aishwarya Rai entered into the life of Salman on the sets of Hum Dil De Chuke Sanam.

After partying with Sangeeta, and it is said that Aish was the reason for their breakup, Salman dated Aishwarya by the end of shooting of the movie. Their affair lasted for three years (1999-2002). But then again the actor parted his way. It is said that Salman’s controlling behavior and tantrums were the reason for the breakup.

Once again, Salman was in love and this time his lady love was Katrina Kaif. They dated for four years. It is said that Salman was the one who brought Katrina to the industry. But this relationship didn’t work after 2009 and they broke up.

It is said that after Kat, Salman dated the Model and Football Association Secretary, Farima Alam.

Then, he dated the Romanian model and Television presenter Lulia Vantur.

A simple and emotional person who fiercely guards his privacy, Salman Khan is considered special, not just by his fans, but even by his Bollywood friends. Here are some unknown facts about this superstar who has no parallels in Bollywood in popularity with the masses.

Salman Khan is a very emotional and down to earth personality who loved to defend his privacy. He managed to make some special place in the fans and close friends. Check out the unknown facts of Salman khan, not everyone was aware of:

: 150-acre plot in Panvel, with 3 Bungalows, swimming pool, and a private gym.

Salman is a very friendly person and thus has many close friends inside and outside of the industry. Some of the swear-by friends of Salman are:

Some popular statements of Salman of all time:

“The only person I have hurt myself.”

“For me, acting comes straight from the heart. In that sense, I don’t act at all. I think that to feel the character’s pain I have to be myself. Somewhere audiences see that.”

(In a TV-interview) “I can get caught in many things but there is one thing I will never get caught in, and that is acting – because I don’t act. On-screen I am like I am in real life.”

“Why should I marry? One marries to have children, but I already have children! My nieces and nephews are my children. I wanted to marry to make babies, but now I have them, so marriage isn’t that important, is it?”

“I’m not possessive, I’m caring… Once you realize a person doesn’t want that much care, you automatically back off.”

[Salman said about Rani Mukerji on the show Big Boss] “She [Rani] is one of the best actresses we have in the country… And an amazing dancer… Look at that smile! Love you, Rani.”

“Sometimes it happens with me that I start laughing and just can’t stop.”

[on the best actresses from the current crop] “There’s Rani, then there’s Preity, Based on work, Aishwarya… Priyanka is very good… Then there are the new girls like Lara and Katrina. [On being asked about his favorite heroine} As an actor? Rani Mukerji.”

“If I do a film, I should know I’m taking this character back home. I want to do movies that will change my own personality.”