Hollywood » Miscellaneous » Stranger things 4- When It is Coming and What to Expect?

Stranger things 4- When It is Coming and What to Expect? 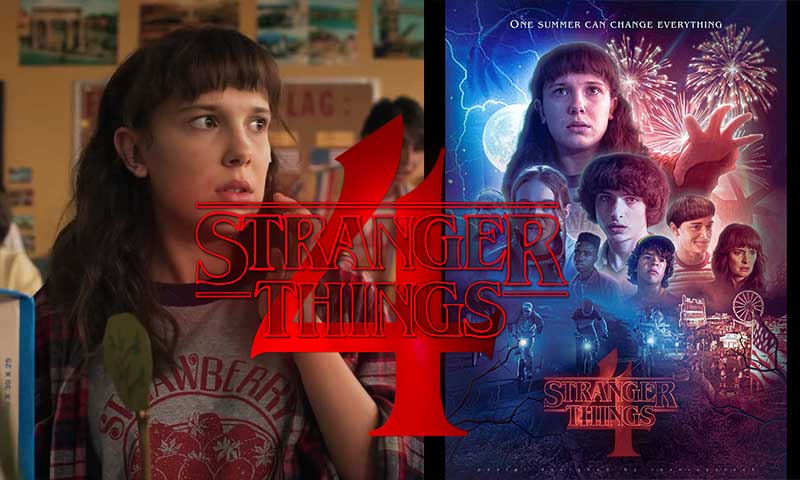 Stranger things 4- it’s official. And the story is not over yet. Season 4 of Stranger Things has been confirmed by Netflix. Back in July 2019, when Stranger Things Season 3 was launched on Netflix, fans have been waiting eagerly for the release of new episodes since then. And finally the wait is over as Season 4 has been announced.

The series creators filled the gap of two years with teaser trailers before the full trailer dropped on November 6th.

The trailer of Stranger Things Season 4 dropped on Netflix on 6th November 2020 with the name ‘Welcome to California’. The trailer features Eleven, Mike, Will, Joyce, and Jonathan. The trailer starts with Eleven writing to Mike back home in Hawkins; it seems like Byers have a new home in California.

Eleven is looking forward to meeting everyone again during the spring break but with the things going on around her like the gunfire, explosions and even the worried face of Joyce is not giving the positive vibes if it is going to be the ‘best spring break ever’ that Eleven is expecting.

Here is some more information about the Season 4 of web series Stranger Things:

The official announcement of Stranger Things Season 4 was made back in 2019 with a teaser that showed the number four in the series’ iconic neon lettering.

The Stranger Things creative team has dropped hints about the series to continue for more than 3 years. In April 2018, Shawn Levy told Collider, “I mean I will say we have a good sense of stuff that happens in Season 4. Season 4 is definitely happening.”

No premiere date has been announced as of now, but we know that Hopper is back.

Here is the list of the 9 episodes of Stranger Things Season 4:

Chapter One: The Hellfire Club

Chapter Three: The Monster and the Superhero

Stranger Things 4 seems not to be the last season. As of now, there is no official announcement from Netflix of the fifth season.

Speaking with The Hollywood Reporter in August, the executive producers Matt and Ross Duffer opened up about the series’ future. When asked if Season 4 is the last one, Ross Duffer replied, “Season four won’t be the end. We know what the end is, and we know when it is. [The pandemic] has given us time to look ahead, figure out what is best for the show. Starting to fill that out gave us a better idea of how long we need to tell that story.”

So, be ready for Season 5 as well!