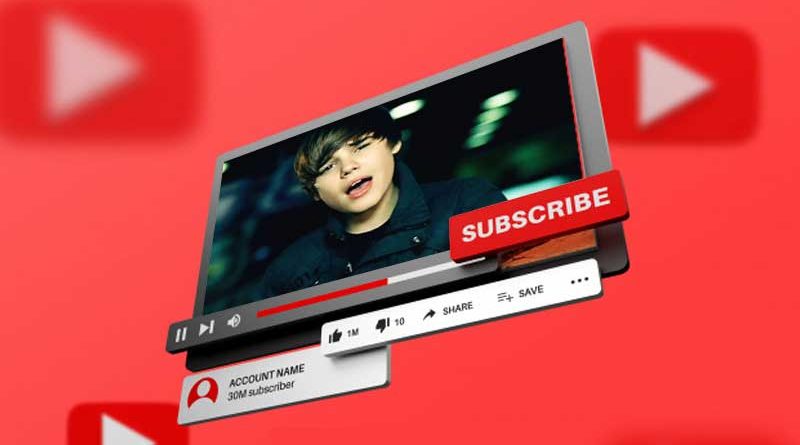 Every day a lot of music and non-music videos are released on YouTube; however, all of them don’t achieve the same level of popularity. But how can we measure which is the most liked video on YouTube? Definitely, we can check the views they have received, the likes, dislikes, and so on. So, here you will find a list of YouTube videos that have received the most number of likes irrespective of their genre.

Disclaimer- The following list has been created in April 2021; the number of likes may vary in the future.

Billie Eilish is the pop newcomer superstar, with her huge hit “Bad Guy”. The video got into the top 20 and got her incredible five wins at the Grammys. In addition to this, she has also scored two spots in the most liked Instagram posts too. Her music video is still gaining likes every day making it to the list of one of the most liked videos on YouTube.

‘Hello’ by Adele has received 16M likes to date; the song is about a woman who is trying to reconnect with an ex-boyfriend. 6 years since the release of the sing in 2015, it is still liked by the audience and here it is in the list of top-liked videos on YouTube.

Released in 2014, it was thoroughly praised and even won a lot of awards; Best Pop Video at the UK Music Video Awards and Best Male Video at the 2015 MTV Video Music Awards are some of the awards. It has been 6 years since the release of the song, however, it is still liked by most of the viewers, hence it has made it to the list of most liked videos on YouTube.

Next on the list of most liked videos on YouTube is none other than ‘Baby’ by Justin Bieber; the song and the video that got him the fame. The video was released back in 2010, and it has been 10 years, still, the likes are increasing. It was also the most-liked video on YouTube for 120 straight days.

At number 18, it is the first K-pop video, “Ddu-Du Ddu-Du” by BLACKPINK; they are also one of the most subscribed YouTube channels. This track is so hit even today that people are still leaving their comments on this track even after 3 years of its release; this shows that it is definitely one of the most liked videos on YouTube.

15. “Make This Video The Most Liked On Youtube” by MrBeast

As the name suggests, this video has made it to the list of the most liked videos on YouTube with 17million likes. Also, it is the only most liked non-music video on YouTube that has made it to the top 20. This video is inspired by the most-liked Instagram post showing just an egg; you will see MrBeast running the ‘Egg Olympics’ and requesting viewers to make it the most-liked on the platform.

It is one of the newest songs in this list and that proves its popularity. Since June 2019, the video has received 17M likes and counting. This song was loved by audiences from all across the globe and was a big commercial success. It even reached the number 1 spot on the Billboard Hot 100 in August of the same year.

This is the second entry by BLACKPINK that has made it to this list. The song was released in 2019 and since then it has received 18million likes making it one of the most liked videos on YouTube.

BTS has become the talk of the town for the last few years; so you should not be surprised seeing them more than once in this list. One of the best YouTube videos, DNA by BTS was released in 2017 that was so much loved by the audience, hence it made its entry in the list.

Another hit by Cardi B that made it to the list of most liked videos on YouTube with 18 million likes to date. Cardi B teamed up with Maroon 5 for this song, and together they produced a hit. Released back in 2018, the video was the winning video at the MTV Video Play Awards; also the song won the International Song of the Year at the NRJ Music Awards.

On number 10, it is the third entry made by BLACKPINK and this music video was released in 2020; soon it touched the heights of popularity and in 2021, it is about to reach the milestone of 20 million likes with 19 million likes to date. It seems the only video to gain so many likes in less than a year

On number 9 we have Marshmello with one of the most liked videos on YouTube, ‘Alone’. With 52.3 million subscribers, Marshmello has one of the most subscribed channels on YouTube. The music producer and DJ’s video was released in July 2016, and garnered a lot of likes; in future, you may see this song at the top of this list.

Here are the BTS boys with the next entry making it to the list of most liked videos on YouTube with 21 million likes as of now. This video even has American pop star Halsey featured in it.

It is one of the oldest videos on YouTube that has made it to the list of most liked videos. ‘Gangnam Style’ was released 8 years ago in 2012 but went viral soon after its release and that’s why it managed to garner a huge number of likes; it was also the first YouTube video to hit 1bn views and was also the most-liked YouTube video for more than 1,400 days.

Released in 2015, this EDM track by Alan Walker was among the top ten songs all over the world; hence it managed to get 22 million likes making it to this list and even gave a bounce to Alan Walker’s career.

It is the only kid’s song that has made it to this list; one of the biggest viral songs among kids, it has gained more than 26 million likes and the likes will only increase in the future; it is by far the best entry in this top 20 most liked videos list.

His 2017 music video was a mega hit and got so popular that it was the one of the fastest to hit 1bn views on YouTube. It is also the second most-watched video on the entire platform till  today.

Another K-pop entry by pop giants BTS with their 2020 video “Dynamite”. With the time span of less than 12 months, the song has managed to receive 27 million likes and is still counting. ‘Dynamite’ by BTS was also the most viewed YouTube video in 24 hours as it was viewed 101,100,000 times.

It was one of the most-liked videos on YouTube at one time; however, has got shifted to second spot now. The song is a super hit in the US, UK, New Zealand, and Australia.

Leaving the competition far behind with 43 million likes, ‘Despacito’ has become the most-liked video on YouTube for more than 900 days now. It is also the most-watched video in the history of YouTube with 6.6 billion views and counting. No other video has managed to even come closer to it and hence, Despacito is the most liked video on YouTube in 2021.

Top 5 Highest Grossing Book to Film Adaptations
top 10 Most Expensive Players Bought At The Auction In IPL 2021
Top 20 Most Subscribed YouTubers and YouTube Channels in 2021
Bollywood Actors Who Could be Professional Athletes
10 Best Music Torrent Sites (Working in 2021)- Download Music Free
Top 17 Most Followed Celebrities Accounts on Twitter
Know Top 10 Most Followed Accounts on Instagram and Popularity of Indian celebrities
Top 10 Most Handsome Men in the World As of 2021
Best 10 Male Bollywood Actors
List of Top 10 Actress in Hollywood As of 2021
Want To Become Fat to Fit? Take Inspiration from These Celebs
Top 10 Most-Followed International Actors on Social Media
Tweet
Share
Pin
Share
0 Shares