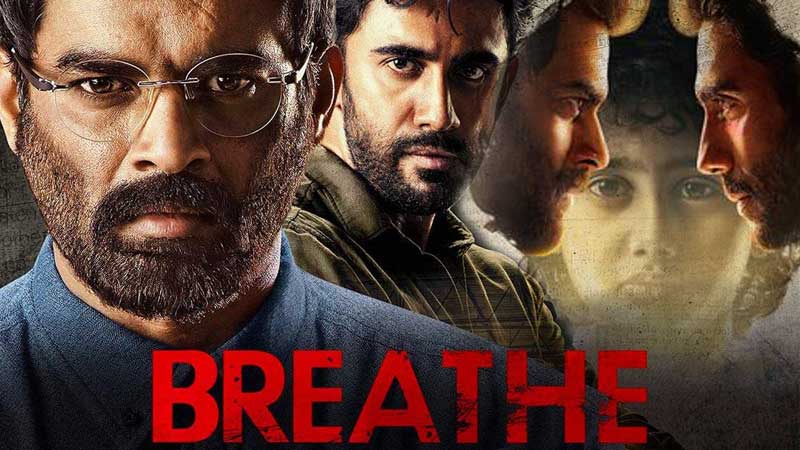 Web Series are fun to watch and every other day you get to see a new web series on various OTT platforms such as Netflix, Hotstar, Voot, and Amazon Prime Video. The latest addition to the list of must-watch web series is ‘Breathe- Season 1’ starring R. Madhavan, Amit Sadh, and Sapna Pabbi in the lead roles. If you are looking forward to spending your weekend binge-watching an engaging web series, this crime drama thriller can be the best choice.

Season 1 of ‘Breathe’ depicts the story of a father who is ready to do everything to save his son’s life even if it means taking someone’s life or giving his own life.

Danny Mascarenhas, played by R. Madhavan, is a widower whose son, Josh, is suffering from lung disease and has only 6 months to live. To save the life of his son, Danny is forced to move on the path of crime.

In the supporting roles, you will see Shriswara, Atharva Vishwakarma, Hrishikesh Joshi, and Neena Kulkarni.

Season 2 ‘Breathe Into the Shadows’ was also released after a gap of two years in 2020 starring Abhishek Bachchan, Amit Sadh, Nithya Menen and Saiyami Kher in the lead roles. To keep the excitement alive, the makers have followed the same rollercoaster theme and template of Season 1 in Season 2 as well.

So, if you are excited enough to watch Season 2 Breathe into the Shadows, make sure to download and watch the Season 1 Breathe using the links provided further.

Breathe Season 1- Links to Download and Watch all 8 Episodes

Where to Watch Breathe Season 1?

After 2017’s web series ‘Inside Edge’, ‘Breathe’ is the second Indian original series by Amazon Prime Video. A crime drama thriller series, ‘Breathe’ web series asks you how far you will go to protect the one you love. All the episodes of Breathe Season are available to download and watch on Amazon Prime Video; however, it is not completely free to watch. You can watch the first episode for free under the 30-days free trial of Amazon but to watch the complete series, you have to buy the subscription. However, that is not as expensive as the Netflix one and the Amazon Prime Video subscription starts at Rs. 129/month. For such a low price, you are going to get your hands on a huge collection of Bollywood movies, dubbed Hollywood movies, Amazon Originals, regional movies, and much more.

Apart from that, Breathe Season 1 is also available for free download on various torrent sites like Moivesda, Gomovies, Putlocker, 9xmovies, and other similar sites. However, that is totally illegal, and such websites can get blocked by the government anytime.

Disclaimer- We do not promote or endorse websites offering pirate content and the illegal ways of downloading or watching movies, TV shows, and so on. The readers are always advised to go for legal ways to watch the copyrighted content