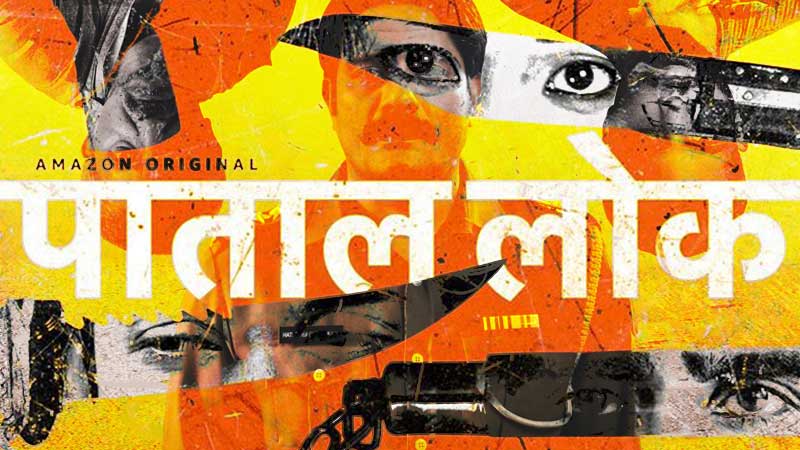 Indian cinema has changed the entertainment game by taking part in the web series trend; a lot of top and popular web series have been released on OTT platforms in the last few years. If you are a fan of watching web series, you have got a lot of great options to watch such as Mirzapur Season 1, Mirzapur Season 2, Sacred Games Season 1, Sacred Games Season 2, Criminal Justice, Special Ops and so on. Paatal Lok is the another top must-watch Indian web series that should be next on your watchlist. So, if you are looking forward to know from where you can download or watch Paatal Lok web series, here you will get all the answers.

Paatal Lok was released on 15th May 2020 and within hours of its release, it created all the buzz. One of the popular crime thriller series, the beginning of Paatal Lok shows four people from different backgrounds getting arrested for plotting the murder of a famous journalist, Sanjeev Mehra (Neeraj Kabi). Inspector Hathi Ram Chaudhary (played by Jaideep Ahlawat) seeks to solve this major case for a promotion.

Although most of the characters are work of fiction, the essence of the web series has been loosely adapted from The Story of My Assassins, a book written by Tarun J Tejpal. The book talks about real-life incidents involving five hitmen who were arrested by the Delhi police for plotting the murder of Tejpal.

Series like Sacred Games and Mirzapur have   raised the expectation of the viewers, however, Paatal Lok didn’t fail to impress the audience and since its release on Amazon Prime, people have been singing praises on social media. The storyline of the web series is quite gripping and that’s why people are eagerly waiting for the release of Paatal Lok Season 2.

Where to Watch All the Episodes of Paatal Lok Season 1?

Cast and Crew of Panchayat Season 1

Here are the details of the lead cast and crew of Paatal Lok Season 1:

Where to Watch All the Episodes of Paatal Lok Season 1 for Free?

Season 1 of the Paatal Lok web series was released on Amazon Prime Video and you can download it from there. You can watch all the episodes of Paatal Lok online by getting the 30-day free trial offered by Amazon Prime; you can also get the subscription at Rs. 129 per month to watch more interesting content. There is a huge collection of movies, TV shows and web series available on Amazon Prime Video that you can watch or download by just paying the minimal subscription charge.

If you are looking for ways to download or watch Paatal Lok web series online for free, you cannot do that. However, within hours of its release, the web series was leaked on several illegal piracy websites including Telegram; however, downloading pirated content is an illegal act.

There are several torrent sites like Moviesda, Gomovies, Putlocker, and 9xmovies that have illegally leaking movies and web series for years now making the HD quality content available for download. Piracy is illegal in India and that’s why torrent sites keep on getting banned by the Indian government from time to time, still, some torrent sites manage to escape the ban and upload pirated copies of top web series like Paatal Lok online on their platform for free download.

Remember that downloading or uploading pirated or leaked content is considered a criminal offense, hence, anyone found involved in promoting piracy is subject to jail term including other legal charges under the concerned law.