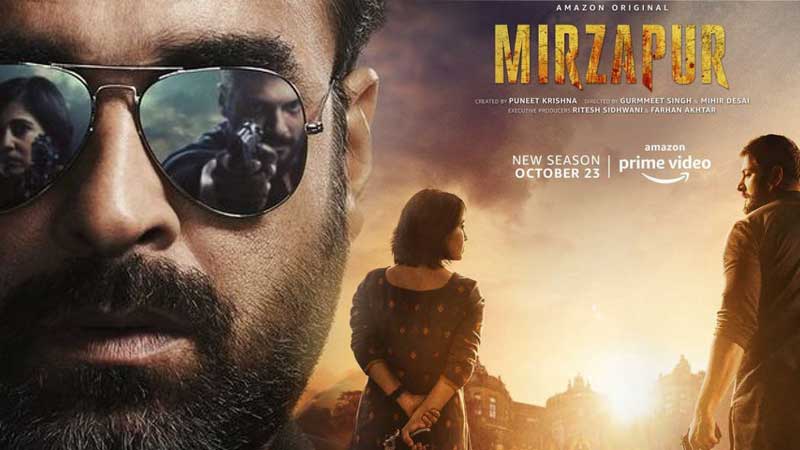 Since the release of Mirzapur Season 1 in 2018, fans have been eagerly waiting for Season 2. If you have already watched Season 1 of Mirzapur, you must know how amazing and interesting this web series is. So waiting for Season 2 is completely justified. In case you haven’t watched Mirzapur Season 1, you should first watch it to be able to connect the links to the next season.

As you know this action crime thriller has been exclusively released by Amazon Originals, hence both seasons are available on Amazon Prime Video. Mirzapur has given a new definition to crime thrillers and in this top Indian web series, you will see everything shot to the next level. If you are a fan of action scenes, raw crime scenes don’t scare you, and you are fine with the use of foul language, Mirzapur Season 2 is here to fulfil all your action fantasies. So, if you are interested, read on to find every minute detail of this popular Hindi web series.

Seasons 1 and 2 of the Mirzapur web series have been created together by Karan Anshuman, Gurmmeet Singh and Mihit Desai and produced by Rithesh Sidhwani and Farhan Akhtar of Excel Entertainment. One of the original web series by Amazon Prime Video, Mirzapur Season 2 is available in 10 episodes that are of duration approx. 1 hour. The story has been set up in Mirzapur, a city in Uttar Pradesh. You will see the city being ruled by Akhananad Tripathi (Pankaj Tripathi), known as Kaleen Bhaiya who is the mafia don; his son, Munna wants to gain all the power and control over the city; however, all his attempts are only to disappoint his father. Season 1 will create the setup of the war between Munna and lawyer Ramakant Pandit and his sons Guddu and Bablu while season 2 will make Munna encounter one more enemy; new characters have also been introduced; hence you can expect double the trouble and double the fun.

If the storyline made you excited enough to watch Mirzapur Season 2 or if you have already been waiting to binge-watch this much-awaited thriller series, here are the links to all the episodes; just click and enjoy.

Here is the information about the main cast and crew involved in Mirzapur Season 2:

Where to Watch Mirzapur Season 2?

Mirzapur Season 2 can be exclusively and legally watched on Amazon Prime Video as the series is a part of Amazon Originals. If you are already a member of Amazon Prime you can watch all the episodes of Mirzapur Season 1 as well as Season 2 for free; you don’t need to pay any extra money. The other option is to get the Amazon Prime Subscription for Rs. 129/month and get access to all the top web series and movies available on Amazon including Amazon Originals, blockbuster Bollywood Movies, and Regional Movies that too without any ads and in high quality. So, the subscription is quite cheap and you can even download the series to watch it later. Click on the link for direct access to Mirzapur Season 2 show

If you are looking for other ways to Watch Mirzapur Season 2 for free, there is no legal way out there. Although sites like Downloadhub, Movierulz, Moviesda, 9xmovies, Gomovies, Putlocker are providing Mirzapur web series on their platform for free, they are just pirated copies. Also, it is considered a crime to leak movies and web series on such platforms, anyone found included in such illegal activities may also have to face a jail term

Disclaimer- We in no way promote or endorse platforms that offer access to pirate content and the illegal ways of downloading or watching movies, TV shows, and so on. The readers are always advised to go for legal ways to watch the copyrighted content.