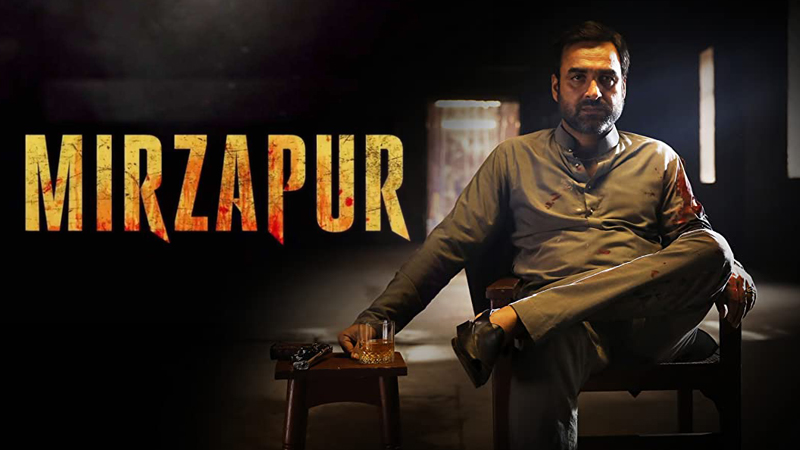 Over the years, the entertainment industry has witnessed a massive change and now it is not only limited to movies and television shows, a new category has been added and people are loving it. Web series is the new wave that has started that made us watch fresh, innovative, and interesting content. All the online platforms like Netflix, Amazon, and Hotstar have joined the race of releasing web series so that your weekends never go boring even if you are locked at home.

For the uninitiated, Amazon Prime Video is the proud owner of one of the popular web series, Mirzapur Season 2 and 1. If you are a fan of action crime thrillers but haven’t got the time to watch Mirzapur, consider yourself unlucky as you are missing out on some serious entertainment. Nevertheless, if you are still looking for some great web series to binge-watch this weekend, this guide will cover everything about one of the top-ranking web series, Mirzapur.

Created by Karan Anshuman, Gurmmeet Singh and Mihit Desai and produced by Rithesh Sidhwani and Farhan Akhtar of Excel Entertainment, Mirzapur Season 1 is the third original web series by Amazon Prime Video. Season 1 can be watched in 9 videos and the duration ranges from 42 to 53 minutes. The story revolves around the city Mirzapur in Uttar Pradesh and it is all about the power of Akhananad Tripathi (Pankaj Tripathi), who has played the role of Kaleen Bhaiya. He is the mafia don and ruler of Mirzapur. His son Munna, an undeserving, power-hungry successor, makes several efforts to remove the tag of a disappointment for his father. You will see how an incident at a wedding procession makes Munna cross paths with an upstanding lawyer Ramakant Pandit and his sons  Guddu and Bablu. If this made you excited to watch the full series, here you will get all the links for every episode of Mirzapur Season 1.

Where to Watch Mirzapur Season 1?

Mirzapur is available in two seasons on Amazon Prime Video- Season 1 and Season 2. As it is the original series by Amazon, Mirzapur Season 1 is exclusively available to watch on Amazon Prime Video. You just need to be a member of Amazon Prime to watch all the episodes of Mirzapur Season 1. You can also use the 30-day free trial provided by Amazon to watch Mirzapur Season 1 and 2 for free. However, in the free trial, you will not be able to watch all episodes for free. The better option is to buy the subscription at Rs. 129/month and get access to all the exclusive Amazon Originals, blockbuster Bollywood Movies, and Regional Movies without any ads and in high quality. You can download the Mirzapur series on your device and watch it at your convenience.

Apart from that, there is no legal way to watch or download the Mirzapur series; however, some torrent sites like Movierulz, Moviesda, 9xmovies, Gomovies, Putlocker and others have leaked the web series on their platform and have made it available to download for free. However, this is completely illegal and these websites even get banned by the government from time to time. Anyone found involved in piracy and offering movies to download illegally can face jail terms under the concerned law.

Disclaimer- We do not promote or endorse websites offering pirate content and the illegal ways of downloading or watching movies, TV shows and so on. The readers are always advised to go for legal ways to watch the copyrighted content.