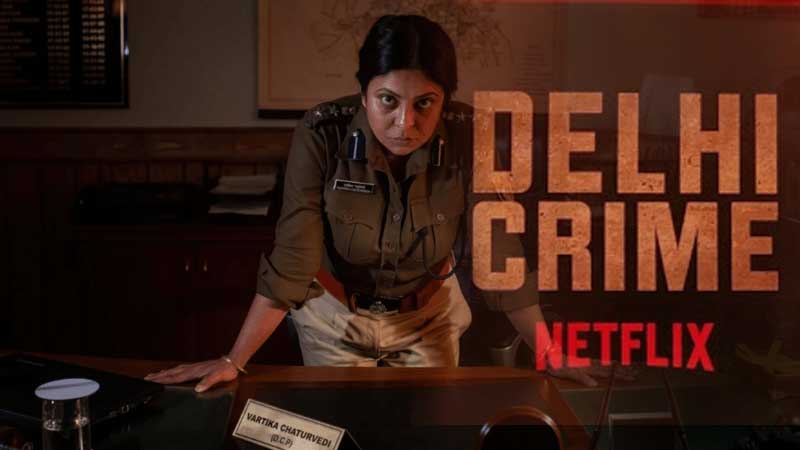 Netflix, Amazon Prime, Voot, Zee5, etc., are some of the platforms that are known to keep audiences hooked on their screens for a long time due to the entertainment content they offer. These OTT platforms keep on releasing movies and web series so that you don’t miss going to theatres. Web series like Mirzapur, Sacred Games, Ashram, Breathe, Special Ops, have entertained us so much that we keep on yearning for more. And that’s when you go through such articles where you can find some interesting information about a top Hindi web series that is binge-worthy. So to light up your weekends and keep the boredom away, let’s talk about one more top super hit Hindi web series.

If we talk about the story, Delhi Crime follows the story in the aftermath of the brutal gang rape held in Delhi in 2012; hence based on a true story.

The story portrays how Deputy Commissioner of Police Vartika Chaturvedi (portrayed by Shefali Shah and based on the real-life investigator, Chhaya Sharma), tries to find justice in a system surrounded by bureaucratic issues.

What makes Netflix’s Delhi Crime web series a great watch is that the story has been portrayed from the perspective of the Delhi Police. Also, the director of the series has worked a lot to put this real-life tragedy into a story to be told; a lot of research has been done, and data has been collected so that no mishandling is done with such a sensitive case. Thankfully, there is no graphic representation of the crime; all the performances in the web series are outstanding and worth applauding. Season 2 of Delhi Crime has been released on 26 August 2022.

Where to Watch All the Episodes of Delhi Crime Season 1?

Here are the details of the lead cast and crew of Delhi Crime Season 1:

Can You Download Delhi Crime Season 1 All Episodes for Free?

All the episodes of ‘Delhi Crime’ are exclusively available on Netflix; you can watch them online or download them on the Netflix app to watch later. Netflix has all the popular and top web series but nothing comes for free; hence to watch the episodes of Delhi Crime, you will have to get a subscription that starts from Rs.199 per month.

The pirated copies are available everywhere on the internet but remember that piracy is a crime and anyone who is involved in the illegal leaking of movies or web series is liable to face severe punishment under the concerned law.

It is always advised to not indulge in piracy and stream all the episodes of Delhi Crime only on Netflix.

Disclaimer– We do not promote or endorse websites offering pirate content and the illegal ways of downloading or watching movies, TV shows, and so on. The information available here is just to make readers aware of the illegal websites on the internet. The readers are always advised to go for legal ways to watch the copyright-protected content.