Fashion » Beauty » Actresses Who Underwent Plastic Surgeries: Who Passed and Who Failed

Actresses Who Underwent Plastic Surgeries: Who Passed and Who Failed 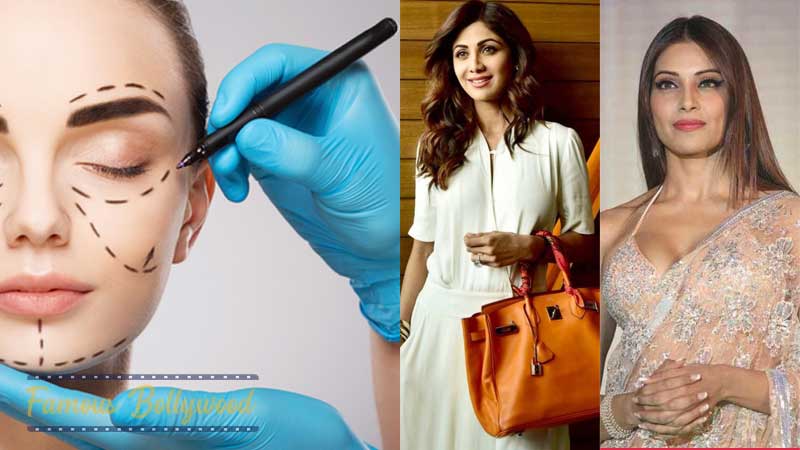 Bollywood looks all glamorous and fancy to the outsiders and people often rush over the looks of actors and actresses. But every coin has two sides and we get to see only the shinier side. We only see the perfect beauties with a grand lifestyle; on looking close you can sense the darkness. The Bollywood people, especially the actresses have to do everything to look perfect. Well, cosmetic surgeries like Rhinoplasty (nose jobs), Lip augmentation or lip fillers, Botox (skin enhancement), facelift, and liposuction are very common in Bollywood. The looks we are obsessed with, are not necessarily to be natural; they have paid millions to look like that.

Surgeries enhance the beauty of actresses in many ways, but only if it suits well. Here we are revealing the names of the actresses who went under various surgeries to achieve those glamorous looks. Also, we will discuss some of the surgeries that failed awfully.

Our desi girl who is now ruling Hollywood, Yes, you guessed it right! We are talking about Priyanka Chopra. She is the most gorgeous Indian actress with fuller lips and mesmerizing eyes. But her beauty is not completely natural. She has undergone several surgeries to attain this “picture-perfect” face. Her lips and nose have gone under knives to get a hot transformation. Though she has always denied having any surgery,  the before and after pictures state a clear picture. Maybe it wasn’t the surgeries but only the injections, lip fillers, and other similar treatments. Fortunately, none of her treatment failed and her transformation has been appreciated by the audience.

We all remember the storm of controversies that Anushka faced for her lip job. Certainly, her new lips were not warmly welcomed by the audience, but she made her way out of the chaos and managed to stand out. Her fuller and plumpy lips were the result of surgery and not natural at all. But it was her personal choice which went very well for her. However, Anushka is a beautiful and charming lady with flawless skin, but she chose lip-enhancement to achieve perfection, and most importantly she accepted it bravely. Her look in “Rabb Ne Bana Di Jodi” is totally different from the one in “PK’ and it was all due to the lip surgery she went through. But we can’t deny the fact, her new lips go very well with her features.

Our Yoga queen has one of the best physiques in the entire industry, but her face is not all-natural. The Big Brother winner Shilpa has the most toned body, but she had two nose surgeries to achieve the perfect nose shape. The nose-job made her even more successful as her new looks were appreciated by everyone. She never denied having the surgeries and this a matter of courage. Whatsoever, her sharp nose goes perfectly with chiseled features.

Just like Anushka, Vani too had the lip-surgery to get bigger and fuller lips. The “Shudh Desi Romance” actress revealed her new lips or we can say new looks in the trailer of “Befikre”. It caught all the attention but for good reasons. Sources revealed that it was not only about lips, but the actress has done changes in her chin, mouth, and her face structure. Her real look was a lot more soft and natural, unlike the transformed one which is all sharp and on-point. But the actress denied all the allegations of having plastic-surgery and gives all credit to her weight-loss. However, if you compare the before and after pictures, you could figure out an immense change in her looks.

The nose surgery of this beautiful actress became the talk of the town for a while, but she clearly accepted the change and reasoned it with her breathing problems. She said that she has a disorder involving a deviating septum and thus she had to go for the septoplasty. She revealed her problem on Big CBS Love’s show India’s Glam Diva. Some people even accused her of having the lip job and she shut the trolls by saying it’s her body, she is free to do whatever you want with her body, and she is not answerable to anyone (trollers). Concluding, we can say her surgeries made her even more appealing.

The most beautiful actress and the former Miss India, Aishwarya Rai Bachchan was accused of having a tonne of plastic surgeries. It is said that she had gone for lip fillers, facial fillers, cheek implants, and nose-job. If we properly notice, we can figure out the changes in her before and after looks. At the initial stage of her career, she looked totally different from how she looks today. However, she has never accepted the fact of going under knives, and shun the trolls by calling everything a rumor. Despite speculations, she looks terrific the way she is.

Our cute and bubbly dimple-girl, Pretty Zinta is now 45. It is said that she had botox surgery and cheek fillers. But the actress never accepted having any cosmetic surgery. However, looking closely at her pictures, we can distinguish the changes. No matter what she did, she managed to get all attention, name , and fame by doing some memorable films.

The Bengali beauty caught all attention for her sexy looks and streamy scenes, but she is truly a graceful beauty. However, it seems she has tried surgeries like a botox and a nose job. But her features go very well with her beautiful dusky skin tone. However, the actress has never accepted the surgeries publicly. See the pictures and figure it on your own.

The newbie Jhanvi Kapoor who debuted with Dhadak, went under several surgeries to transform her nose, lips, and jawline. Her broad nose suddenly started looking sharp and slimmer, and her pout got the fullness. Also, if you pay attention, you can point out the change in her jawline too. She is a newcomer, so let’s see if these surgeries pay her well.

Sridevi- Jhanvi’s mom and a late veteran actress went under several plastic surgeries to achieve the perfect looks. She always looked younger than her age and people give credit to the surgeries. But the actress certainly impressed Indian audiences with movies like Chandni and Naagin. From nose job, botox, face-lifting to body-tucking, Sridevi had tried it all for the sake of beauty. But she always shunned the trolls by stating that a woman in her 40’s should try everything to maintain herself and she did what she desired.

Some Surgeries that Went Wrong with Bollywood Actresses:

Ayesha Takia Azmi has not been seen in any movie lately, but she is a big name in the industry due to giving some grand hits like Socha Na Tha (2005), Dor (2006), and Wanted (2009). But her recent pictures were badly trolled on the internet and even her fans accused her of having a bad lip-surgery. Most of the people don’t like her transformation and claim that her surgery went wrong. But, we want you to see the pictures and make your own opinion.

The “Saki-Saki” girl impressed the audience with her dance moves and glamorous looks, but lately, she was witnessed with a new nose. Her nose job caused havoc, and changed her life forever. She discussed how much pain she had to bear and how her entire face was disfigured due to one surgery. Even, her bones swelled up and she had to take strong medications and treatment to make things better. Koena Mitra was last seen in the reality show Big Boss.

Rakhi Sawant who is famous for her motor-mouth and excessive boldness,  has gone under various surgeries and it seems they didn’t suit her well. She went under the knife to transform her lips, nose, jawline, and eyelids. But her surgeries destroyed her natural looks and made her look all plastic. We all remember the sexy girl and her moves from the “Pardesiya” remix track, but what Rakhi looks like today is totally a disappointment.